Share All sharing options for: Recruiting: The Magnificent Seven 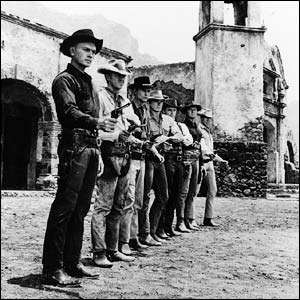 As of March 3rd, 2009 - with seven new additions to the 2010 class last weekend - 80%+ of this class is pretty much in the books. We could be done by the Spring Game. In fact, the staff has already begun building bridges into 2011 with several of the elite sophomores.

It's always good fun to watch fans and internet recruting services as they make strict judgements on incomplete information; the forums ping-ponging between elation and grief depending on which player they've never seen play is coveted, offered, rejected, or dissed by the college of their choice.

We dramatically overrate the known (Dominic Espinosa, Traylon Shead) versus the unknown (Chris Jones, Greg Daniels, possibly Ross Apo); basic human psychology that's pretty much part and parcel to the human condition. How quickly we reconcile each with the other is a good indication of one's ability to think critically about this stuff.

Recruiting - particularly in its early phases - is the proverbial blind man and the elephant, and no one has the complete picture, including our staff. At the end of the day, you have to reserve judgement until you can get your eyes on the player in some fashion, think critically about what system we're plugging them into, consider physical upside, and assess the opportunity cost of taking a good player instead of holding out for the great one. Then you're at least starting to realize that it may be a large mammal of some sort; one that craps bigger than your head. But not Leonard Davis. 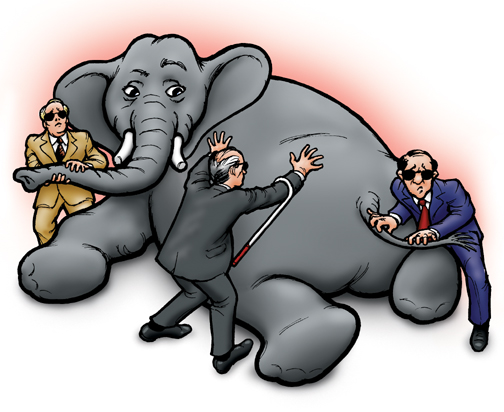 Several of these takes representing some very good staff behaviors, a couple probably represent a small degree of laziness and risk aversion, and one likely miss serving as an embarrassing reprimand to our systemic inability to implement sound schemes at the OL position.

Daniels is a suprise and the staff apparently had no intention to offer until after they met him, saw his film, and realized they had a baller. His film reveals an active motor, good strength, solid first step. Not elite, but he's Texas good. He's a strongside DE/future DT and it's appropriate to view him through the same lens as Tevin Mims.

It's amusing to read the initial reaction to Daniels and then contrast it with the response once film became available, OU's recent coveting was discovered, and his physical upside became known.

With respect to the latter, he was a 6-1 200 pound sophomore TE who became a 6-3 230+ pound DE as a junior and is still growing as of his last bowl of Cheerios. St Pius attendance suggests that academics are in order and that he knows how to wear a pair of chinos with aplomb. Let's be clear though: he's not on Wilson or Jeffcoat's level and this suggests that we're expecting to land only one of the two, if either. That realization is a downer, but Daniels as a specific take isn't. Separate the two.

The full court press on East Texas and DFW continues and this pleases me a great deal strategically. I like this kid and may favor him more than Cotton. He can move laterally and he plays with a motor. Once a big man passes the eyeball test, that's all that matters. It's a throwaway line in every eval to point out that a DT needs to play lower - young big kids play high because they can - but there's nothing in his hips that suggests that he's incapable of doing so.

You always take the athletic too-skinny East Texas kid who can run with a good frame. A great complement to a brutal hitting machine alley-filler like Ahmad Dixon. He's a smooth strider who covers ground and hawks the ball at its highest point - something we sorely need in the world of basketball on grass. It would be hard to describe Bryant as physical, but filling out his frame often gives a kid more confidence to stick his head in there. It happened with Huff and Stanley Richard. He'll be 200+ in three years.

Another prototypical skinny East Texas kid with huge upside and no time in the weight room. The staff deliberately kept him under wraps after learning of him while he carried Daingerfield to the 2A state title. They did their homework here. You won't find him on many lists, but that will change quickly.

Very solid speed, but his acceleration is off of the charts. Its plant-n-go and everyone around him is tied to anvils. We're talking Peter Warrick ankle flexion. A creator with the ball in his hands. Don't sweat his competition level - his gifts are apparent running against air. Slot WR, return guy. Good take.

He obviously has great size and lateral quickness for a big man, but I'd recommend a little more critical analysis, beyond the fact that he has the potential to break Kenneth Hall's national high school rushing record. Aside from the fact that he's playing against the equivalent of a 5A losing record JV team, Traylon also has dominating OL play and he's consistently running through massive holes untouched; and when he is touched, he's not a particularly hard guy to take down.

People are wowed that he's taking the edge against a 5-10 170 pound LB that runs a 5.2 40. I suppose that's their right. You'd like to see a big back drive through traffic rather than pick his way across like gridiron Frogger. His speed is adequate though he's decidely missing a top end gear at the college level.

He clearly has real athletic gifts, but I shrug at him as a RB. I'd love to see a senior year that discredits my observations.

He's a legitimate take in and of itself, but this is contextually puzzling. I see him as a strong center candidate down the road. He plays with aggression, he gets off the ball quickly, and he has a good punch in the running game. However, he was taken largely because we're on the outs with Jake Matthews. He's an interior OL all the way and that's puzzling given our need at tackle and the deal we'd set up - implicit or otherwise - with Desoto's Evan Washington.

As for Jake Matthews, where to begin? Bruce Matthews had just been named the Texans OL coach and it was pretty clear that Jake would like to stay local if he can help it. All we needed to do was check out when they kicked the tires.

Instead, Bruce came to Austin with Jake, saw our OL schemes, and literally belly laughed. Now Jake will decide if he wants to stay local at A&M and swallow losing for four years close to home playing a NFL scheme or if he wants to head to USC and blow out Big 10 teams in the Rose Bowl. There are times when we could fuck up a ham sandwich, but what can you do?

Ah, the great unknown. And not just because he's LDS with mocha skin. He's shrouded in more mystery than the true paternity of Sailor Ripley's children. There's no film yet on Apo, but some background is known.

He had reasonable offers (Cal, Nebraska, BYU) and OU had recruited him fairly heavily with a trip to OU Weekend and a campus visit. He shined at an Oklahoma summer camp before his junior year in June '08, did the same thing in SLC at a Nike camp a week later, and finished it off with another noteworthy performance in St Louis at the National Underclassmen Combine. He obviously has the requisite size and he's said to have good hands and big hops (35 inch + vertical). We'll see. There is good talent across the state at WR and any insinuation that we're settling will be met with outrage, outcry, the burning of Bobby Kennedy in effigy etc.

I'll be dealing with the class in total and our next targets in my next post and you can also take a look at BON for their take on remaining folks on the board.