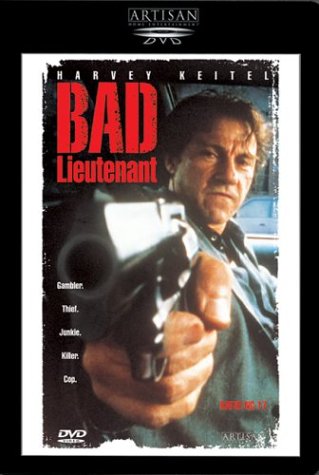 "Bad Lieutenant" was a low-budget 1992 movie, starring Harvey Keitel, that made several "Best Films of the '90s" lists. It turns out that Werner Herzog is directing a remake of it.

The original film, directed by Abel Ferrara, was about a corrupt (in every sense) NYC cop, who somehow finds grace in the end. Here's Ebert's (he gave it 4 stars) review:

This movie does the best job of expressing a Christian spirituality than any I've seen besides "Tender Mercies". Now before you say, "Great! I now know what we can show the kids at the next youth group meeting at our house!", there is something else you need to know. The film is rated NC-17, and boy, does it earn it. You have drug use (smoked, snorted, an injected). You have nudity (hookers, nun, and Harvey Keitel). You have violence commited to a church, and a car tape deck. You have Darryl Stawberry action. This is one depraved movie.

Which is the point. The movie has a surprise twist in the last act that only makes sense as an expression of grace. The utter degradation is necessary for the final redemption to work. Harvey Keitel's brilliant performance is the main reason it works. He has a strung-out, raving soliloquoy near the end that establishes the difference between justice and mercy. This is a great film, although its popular appeal will always necessarily be limited.

So, Werner Herzog is making a remake- "Bad Lieutenant- Port of Call New Orleans". He's starring Nicholas Cage, taking out all the God stuff, and re-imagining it from an existentialist point of view. "let me get this straight- you're saying I can be any kind of POS as long as I'm on a pathway to freedom?"

I don't know how the existentialism will work here. Maybe in this movie, the lieutenant solves the crime.