There's a game on this Saturday boys. Look busy. 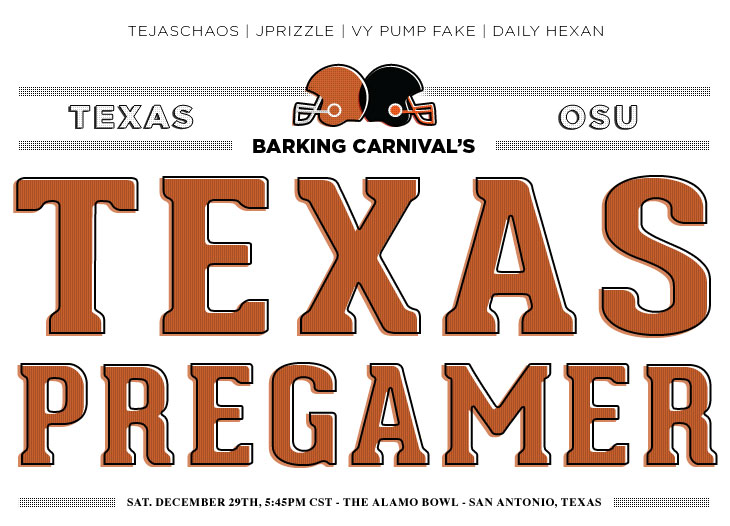 After the long break, which the Pregamer totally spent meticulously researching each and every bowl matchup and not drinking heavily while perfecting inner Busey, we are ready to bring you the hard hitting analysis you’ve come to expect and depend on.

It looks like we’re headed down old San Antonio way for a classic matchup against a dynamic OSU team. We expect the boys in orange and black will be looking for revenge after we stole one from ‘em in Stillwater earlier this year. Fool Gundy once, shame on him, fool Gundy twice, HE’S A MAN, CAN’T GET FOOLED AGAIN.

Wait, what? We’re not playing Oklahoma State this bowl season? Our bad. The Pregamer apologizes for the mixup and that spot on the rug. It’s an honest mistake that could have happened to anyone.

So anyway, OSU v Texas: a battle of titanic proportions. This year saw a much improved OSU team, but the turnaround really has to be credited to the new coaching staff. But we don’t understand how the Buckeyes got around the whole the bowl ban thing. Must be the work of the Burnt Orange Media Conspiracy and the shadow puppeteer - the LHN. Kudos to the cigars upstairs for getting us a great TV matchup.

What’s that? We aren’t playing that OSU either? Well, this is a little embarrassing. The Pregamer should quit writing our thoughts at 2 in the morning on our new iPhone 5’s after downing a bottle of Gluhwein (anyone know how to make an umlaut on an iPhone?). Whatever, we’ve got this all figured out now. By simple process of elimination we have zeroed in on the very exciting matchup about to take place.

Texas v OSU: an underdog, coming off a season seemingly destined for a straight to VHS Disney movie, travels to San Antonio to face The Evil Longhorn Empire. I’ll give credit where credit is due, no one saw Oswego State University sneaking into this spot at the beginning of the season. A season made all the more spectacular by the fact they dissolved their D3 program in 1976 which means...

Screw it. UT is playing someone tomorrow named OSU. Ornery Salmon University? Oval Sand Unix? Orangy Suck Unicorns? We couldn’t care less at this point. The Pregamer is going back to sleep. Wake me up at halftime. Harsin ought to have the game in hand by then. 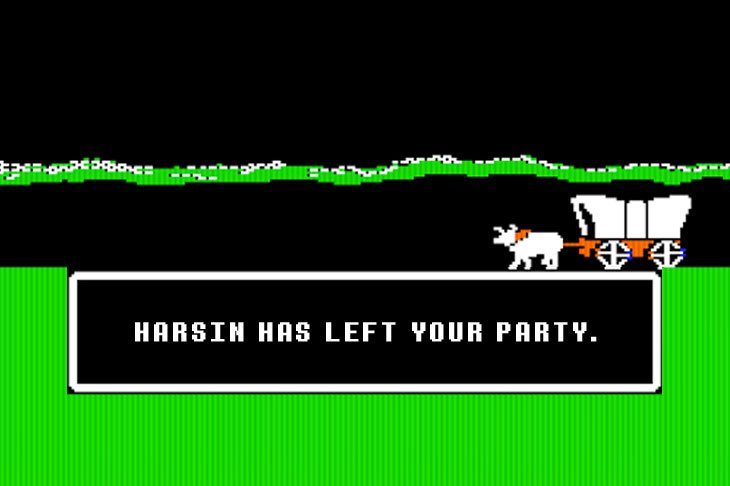 Congratulations [Sir or Madam] on your acceptance to play the esteemed Beavers of Oregon State University - voted least crunchy public university in the Pacific Northwest. Oh happy day! You may know us as that team USC occasionally loses to in hilarious fashion, but we are so much more. Here’s a few things you should know:

Movie of the week:

Les Miserables: Did you know that for this movie installment of one of the most beloved musicals of all time, the director let the actors "do it live?" It’s almost like he was just phoning it in. Like he thought to himself, "Well, we’ve got all the best actors. And the franchise is incredible. It’s got a great history and man, it’s lucrative. Besides, this thing is going to be a hit no matter how little planning we do and I’m going to make millions regardless. So we’re just going to set this thing on coast and I’m going to ride off into the sunset." Hmmm.

Rental of the week:

Caddyshack: A slightly deranged man chases a furry mammal all over the field with disastrous results for well to do club members. We can relate. Here’s to hoping we channel our inner Chevy and that’s just a snickers in the pool. 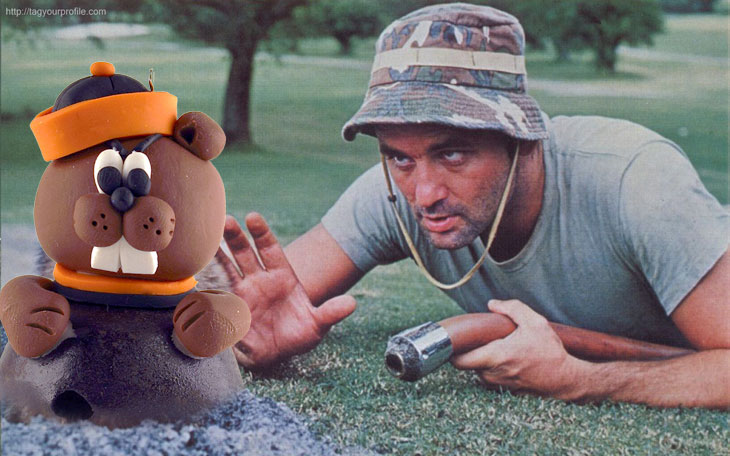 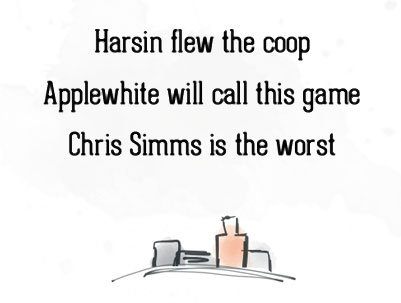 A record 90% of the Big XII is going bowling, here’s how we see things shaking out.

Texas Tech vs Minnesota
Kingsbury will be in attendance but has left bowl preparations to interim, and former offensive line, coach Chris Thomsen. The Red Raiders are confident that the mere aura du Kliff will lead them to glorious victory. Tech 34, Minnesota 27

Syracuse vs West Virginia
A healthy dose of the Orange completes WVU’s recovery from their bout with scurvy in the second half of the season. Tavon Austin receives official designation as the next step in human evolution: Homo Velocitus. WVU 45, Syracuse 34

Texas vs Oregon State University
Case McCoy lays hands on each of his teammates, transferring his Moxie to his fellow Longhorns. Despite this, Texas rides its talent to a lucky 3 point victory off the foot of Anthony Nick Fera Jordan. Texas 30, Oregon State 27 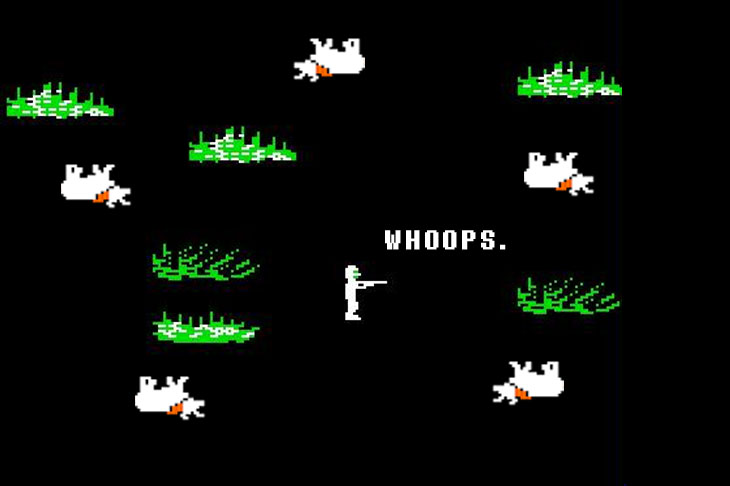 Baylor vs UCLA
We are very confident Baylor will win this one. We just have a feeling Glasco Martin will get 3 TDs, but Seastrunk will outgain him for we'll say... 138 yards? That sounds about right. Put your money on this one. Baylor 49, UCLA 26

Tulsa vs Iowa State
Hurricanes vs Cyclones. Coaching rumors are swirling as this high pressure rematch approaches. Many think this game will blow, but an Iowa State win could see a storming of the field. Forecast says no. Tulsa 30, Iowa State 24

Oklahoma State vs Purdue
OSU is super excited to visit Dallas, the closest civilization to Stillwater. Purdue is happy to be further from South Bend. The Okie’s exuberance wins out. Oklahoma State 38, Purdue 17

Kansas State vs Oregon
I know three things in life. Never get involved in a land war in Asia. Never go against a Sicilian when death is on the line. Never pick against a Chip in the Tostitos Fiesta Bowl. Chip Kelly snacks on Kansas State then promptly hops a one-way flight to Philly. Oregon 52, Kansas State 28

Oklahoma vs Texas A&M
Remember that this game is all about who loses, not who wins. Silver lining of the bowl season - OU or A&M is going to lose their bowl game and Jerry Jones will watch it all through the cleanest glasses you ever done did see. Texas A&M 31, Oklahoma 28