Debating Rick Barnes and his ceiling, floor, and whether a coach who wins 20+ every year and makes the NCAA Tournament should be shown the exit door, has been an interesting and maddening internet debate over the last two or three years, eventually leading me to ask if Texas fans were over Rick Barnes.

This after an unacceptable three year downswing resulting in a cumulative 72-31 record and three NCAA Tourney appearances (with a 1-3 performance) for a Texas basketball program with the rich comparable history of Oregon St, Alabama-Birmingham, and Dayton.

But the same guy who freed us from our history is now tasked with exceeding it. And his own.

One extreme meekly advances the Be Happy With What You Get, Do You Want To Go Back To Penders/Weltlich? false choice. This viewpoint is borne mostly of a default personality type built on over caution and has a nearly fixed representation in our population in all things. No, I won't try that Taco Bell fire sauce - too risky! WE CANNOT DO BETTER THAN RICK BARNES. WE WOULD HAVE TO HIRE GABE KAPLAN FROM THE MOVIE FAST BREAK! AND THEN WE COULD ONLY RECRUIT SWEAT HOGS AND FREDDY "BOOM BOOM" WASHINGTON IS THE ONLY ONE WITH GAME. 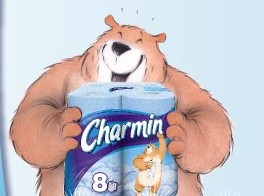 Milquetoasts don't evangelize, as a general rule. Their numbers only swell in times of fear and uncertainty. No one rallies willingly to their vulvar banner and they seek no converts. They like to shhhhh you in libraries and offer cautionary tales about the one kid who left the village and was savaged by Mennonites. Or weigh in after you've screwed everything up and remind you that it was they who told you that you shouldn't leave the house except to buy groceries. They serve a purpose and it's mostly to remind us that we shouldn't drive 80 miles per hour through a school zone brandishing a firearm out of a sun roof.

It's the other margin of the bell curve that has been particularly annoying to me of late. Forgive me if I rant. 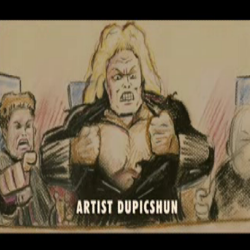 It turns out that Texas basketball uniquely sucks. Our offensive ineptitude is without historical or imaginative precedent, our coach is extra mean to low ego, highly socially developed youngsters like Jordan Hamilton, and we never call time-outs when teams make 39-0 mid-game runs.

This camp offers glimpses of an amusing, imaginary world in which dozens of college basketball teams run crisp, well-coordinated offenses with Magic Johnson's basketball IQ, programs don't swing wildly every year in performance based on draftable talent or a core of good seniors or simple luck, game theory doesn't apply to the NCAA Tournament, and elite coaches perform with elite eliteness at all times by doing elite things with eliteness.

Unlike the milquetoasts, they're looking for converts. By exploiting the global basketball ignorance of the average Texas basketball fan combined with Barnes' amazing timing in producing particularly offensive offensive basketball in our most recent high profile games, they persuade us that Rick Barnes begins every morning watching Sesame Street, eating Foot Loops with a dulled spoon wearing safety goggles, wildly clapping when Big Bird comes on the screen; is dressed by his wife in coaching Garanimals; and then sabotages brilliant natural playmakers like Sterling Gibbs with nonsensical instruction and throws basketballs off of Julien Lewis' head.

By combining selective ignorance with We're Texas zeal, they've actually done a pretty good job of convincing the middle of the bell curve that Texas represents a particularly loathsome, dumb brand of basketball and it has always been so - even once you adjust for age or individual player mental make-up (huh, why would you do that?) - and, further, somewhere on that horizon, Shiny Coach X who badly wants to coach here has a pack of invalids going to the Elite 8 every year running Henry Iba's shit smoothed out with Pat Riley defense. And he's clean too! Outside of Austin, college basketball is a perfectly executed ballet of tactical excellence. Not a disjointed clusterfuck of young superstars with more ability than current game playing against highly experienced average talents in a weird swirl of stilted probability in which match-ups are everything.

So, I watched some non-Texas basketball last night. Or maybe it was the much unanticipated Three Stooges movie. I saw ugly basketball. So much, in fact, that I almost began to wonder if we're not the only team playing it.

Wisconsin's Bo Ryan is a really good coach. For 35 minutes, his basketball team ran a 3 point shooting clinic against zone defense and controlled pace (while allowing 'Cuse 55% shooting on the other end of the court). A system coach. A coach with modest talent, great Xs and Os, a mind-numbingly ugly style of basketball and often cited as the anti-Rick Barnes for his ability to coax maximum performance from mediocrity. Down 1 point to a 1 seed Syracuse begging to put be put out of its misery, with 15 seconds on the clock, holding a time out, the ball, and in the bonus, Wiscy kept their hottest shooter at the scorer's table without a substitution, had its best guard dribble out the clock uncertainly while his teammates watched, and then had him fire up an off-balance 25 footer that had no chance. Game over.

Reaction of Texas fans if this happened to us?

Tom Izzo is everyone's favorite coach. For good reason. He's excellent. With a long track record of performance. He does it working the middle ground between 4 year projects and 1 year wonders. Michigan State was a 1 seed, "hot" after winning the Big 10 tournament, already being projected into the Final 4, and then....put out a basketball product for 40 minutes that made our performance against Cincy look like the 1986 Boston Celtics.

A pretty mediocre Louisville team didn't win easily by trapping and disrupting; they collapsed, flowed, and dared Michigan St to run coherent half-court offense. Just hit simple open jumpers. Screen. Cut. Which I'm told all good coaches can summon at moment's notice, irrespective of opponent or their personnel. Guess not. Izzo's crew shot 28% from the field for the game, managed 44 points overall, didn't attempt to increase tempo to find comfort, and had 15 turnovers. Green forced up 7 frustration 3 point attempts (hitting 1) with 6 turnovers, Michigan State never showed any composure, and it was a smoldering ruin of offense for 40 minutes of play.

Reaction of Texas fans if our 1 seed lost in the round of 16 to a 4 seed while shooting 28% with offensive sets so ugly, I kept hoping they'd show Leslie Visser's creepy face?

Buzz Williams is our current young up-and-comer crush. I guess the Billy Clyde Gillispie thing faded? His up-tempo Marquette teams are talented, fun, and he seems like a cool guy. His offense shot a smooth 31% from the floor, mostly jacking up random 3s, and scored 58 points against a Florida team unburdened by dedicated defenders. They also fully consented to Florida's pace, much to their detriment. They had a chance for a run and lost to a 7 seed.

You get the drift.

This isn't apologia for some of the putrid basketball Texas has rolled out or our early exits of late, but if we're going to talk college basketball - and we are - then let's at least attempt to do so with an understanding that the current game is pretty ugly all-around, the easiest thing to teach as a talent equalizer is defense and toughness (remember early Texas Barnes?), and the inherent selection bias of watching the one year run of each champion or Final 4 team and pretending that this is their seasonal - or year-in and year-out - norm is foolish. They don't always have that transformative NBA lottery pick or two senior guards in their backcourt. And don't confuse a simple run of great shooting with great offense. Norfolk State thinks I may have a point.

Barnes built what he is now held hostage by and if he can't feed that beast over time, he should hit the bricks. I'm not exactly brimming with sentiment when evaluating long term coaching performance, but context is everything. College basketball is in a strange place and our recent recruiting efforts tell you that Barnes is aware of a need to recalibrate some of his approach. I hope we see more in other areas, too.

So my proposal is this: let's talk about Barnes and our program within the context of actual college basketball as its played and not a imagined Fairyland of collegiate offensive clinics, sustained regular season winning paired with deep tournament runs portrayed as commonplace, and all of the other nonsense that some of you have conjured.