Share All sharing options for: Ricky Seals-Jones @ The Opening 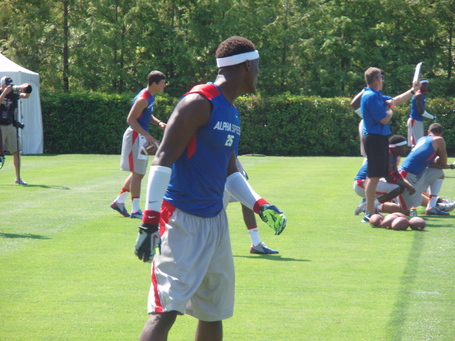 The former Longhorn commit impressed me. I wanted to see how he stacked up against an elite national DB class despite playing a Win The Game, Ricky position at Sealy that prevents him from exclusively rep-ing WR. He stacked up quite well. His father, Chester, was also in attendance and I was able to speak to both of them at length with Bud Elliott of SB Nation Recruiting & Tomahawk Nation. I'll link up that interview when it's available. 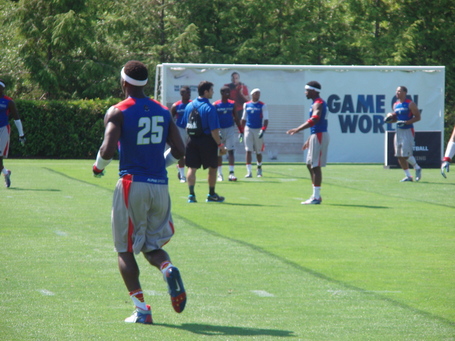 Ricky Seals-Jones had a very good tournament. At a legit 227 pounds, he's deceptively powerful, and from a distance it's easy to peg him as twenty pounds lighter. When you get closer, you see the weight in his shoulders and lower body. He should respond positively to football specific speed work and a comprehensive weight program. He has huge hands that lock the ball in a vise, long arms, catches reliably on routine throws, high points jump balls like a power forward, is competitive, and uses a long, deceptive stride to lull DBs into constant miscalculation. You get the Vince Young "Is he running hard?" vibe from him and then you realize that's what makes him elite. He's under complete control at his top end, while most guys are careening around. He was a consistent deep threat, a red zone threat, and operated OK within and under the zone, even catching a little five yard flip and turning it into a twenty yard gain on a nice outside cut. 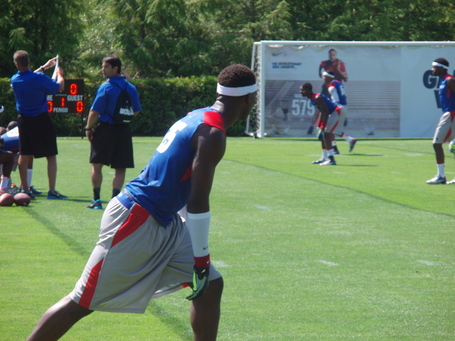 We don't yet have an answer for how he'll respond to a jam from a high level physical cornerback who can exploit a high base, but that's an unknown for every receiver at this stage. And he's still in a relatively crude stage as a route runner, but what can one reasonably expect? 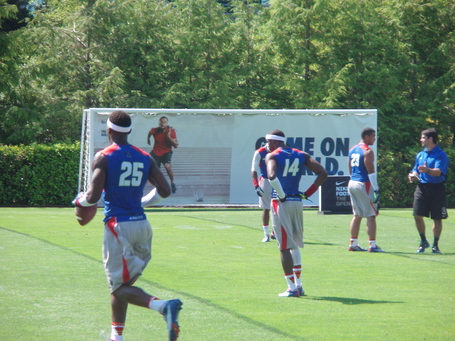 Reasonable minds can disagree, but RS-J is a pass catcher on the next level. I'm not interested so much in what position he could play based on his physical specs. I'm interested in where he best maximizes. Jones and his father were highly irritated by the notion of Ricky eventually playing DE (though he loves contact at safety and has an aggressive mentality) and after three days watching him I also found the idea a bit too cute for its own good. Watch him in the zone read on film. Check his effectiveness (albeit in a 7on7 format) against elite corners despite knowing nothing about the nuances of WR play. He's meant to have the ball in his hands.

Let's not make this too hard.

Basketball is important to him, but he understands that it's football first. They specifically mentioned Texas as one of the schools where both coaches were completely on board with letting him play. When I asked Chester if he'd be paying particular attention to how LSU and Texas threw the ball this year, he responded affirmatively.

Whether he catches balls as a huge wide receiver or a flexed tight end remains to be seen. And if the lines are so cleanly drawn there, please tell the NFL. I don't care about the positional semantics and neither, it seemed, did Jones and his family. Get the great player, then see what happens. If he don't fit neatly in the box, get a new box. Just throw him the rock. 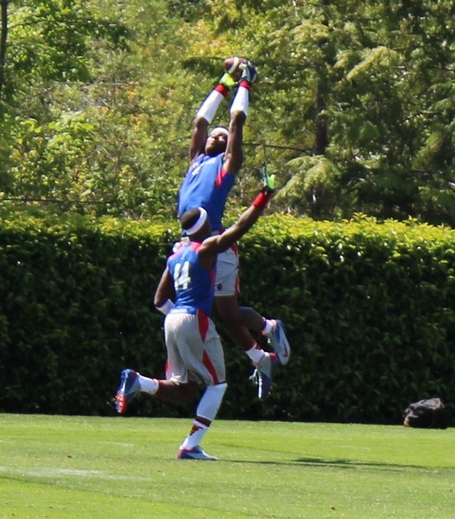 I think it's still between Texas, LSU, and A&M.

Happy to answer any questions.