Share All sharing options for: 2012 Texas Football Preview: Longhorn State of The Union

The comeback. There is nothing more engaging. In movies, in literature, in life. Think of the great cinematic comeback tales: Rocky. The Karate Kid. The Natural. Hoosiers. Top Gun. Star Wars. Rudy. Warrior. Miracle. Emmanuelle Goes To Bangkok. A hero rises through adversity, conquers obstacles with steely resolve, reaches the pinnacle, is felled by hubris and betrayal, stands at the crossroads - all that they are laid bare before a howling wind of doubt and uncertainty - and then finds the will to win.

Mack Brown's Texas is nothing if not cliched Hollywood formulae.

Ascending - 1998-2004. Zenith - 2005. Continued success relying on natural advantages while underlying good habits erode - 2006-2009. Then brutal, shocking public humiliation (Rocky III, Clubber Lang style) - entire 2010 season. A comeuppance fostered by years of hubris and inner circle betrayal: half of our staff stealing money while going through the motions like DMV workers on Purple Drank, the head coach's treacherous bad cop copping feels, and the sad realization that Joe Jamail actually doesn't know anything about football and that our head coach should probably stop quoting him in press conferences.

In 2011, the Longhorns rose like a Phoenix. And by a Phoenix, I mean a mediocre Sun Belt city populated by second chancers recreating the worst parts of Los Angeles in a burning desert hellhole where scorpions sting tarantulas to death on top of writhing piles of rattlesnakes, illegals, and golf pricks. Our fiery bird rose from the David Ashes, flapped its wings and set out on a majestic soar...about ten feet up, to a convenient limb, where it wisely chose to rest, nap, and wait to gather strength for a year later. THIS IS THE WAY OF PHOENIXES AND WE SHOULD NOT QUESTION THESE SLEEPY BIRDS OF MODEST INCREMENTAL IMPROVEMENT AND FIERY REDEMPTION WHEN THEY CHOOSE TO GO 8-5.

For this to happen, there are three essential components of the comeback:

Next, the trainer/mentor. There are two acceptable archetypes:

First archetype: a crusty Burgess Meredith-type character with a hearing aid who offers such non-PC wisdom as "If you can catch a chicken, you can catch a colored fighta!" and "Wear two condoms when you're with a girl whose first name ends in an i." That was Dick Tomey.

Second archetype: a no-nonsense, I-am-not-to-be-fucked-with bald black man who raised himself up by his own boot straps, and has absolutely no time for your bullshit. Think Louis Gosset Jr, Apollo Creed's trainer in the Rocky franchise, Samuel L Jackson, Ving Rhames, Charles Dutton. You will know he has no time for your bullshit when you try your bullshit. He will regard you coolly and intone in a rising tone,"Listen, let me make this very clear to you: I...have...absolutely...no time...whatsoever....for...your...bullshit." Bennie Wylie.

After a year in Austin, it's clear that Wylie has introduced accountability to our S&C program and graphic Mandingo fantasies to the attendees at the Women's Football Clinic. 50 Shades of Bennie. "Honey, you've been in the bathroom a long time - the kids want to know when dinner is ready?" "DON'T COME IN! AND HOW DO I SET THE ALTERNATING JET ON THIS SHOWER HEAD?"

Our new oversight also comes in the form of a nutritionist: What's-Her-Name. I have no idea if she's a positive, but she can't be a negative. She's already eliminated Pre-Breakfast, Second Breakfast, Brunch, Extra Brunch, Elevenses, Snack, Snacky Snack, Super Snack, Post Lunch Carbo Cool Down, and TwelfthMeal from our dining hall, and sent the soft swirl ice cream maker in the player's lounge to the Chi O house.

It's common knowledge that the Longhorn players used to eat from a Mexican food truck and were issued unlimited Popeye's vouchers along with their powdered chocolate milk rations. Trainers shot gorditas out of a t-shirt cannon for halftime glycogen replenishment. Mad Dog's nutrition lectures imparted that fry grease was an essential amino acid, paleo nutrition included Volcano Nachos and Saber Tooth Twinkies, and he loaded our sideline coolers with Thousand Island dressing. I'll never forget when Frank Okam was forced to lap dew from a North End Zone bottle cap because Mad Dog decreed that all water bottles to be filled with life-giving turkey gravy.

Madden: "Gravy has electrolytes, Frank! Drink it! Water is dirty. Fish fuck in it."

Okam: "I'm going to have to make an atmospheric water generator out of ponchos. Oh my God, Scott Derry just drank the juice out of my thigh pad."

Finally, there's the team. Our assistant coaches and players.

Defensive coordinator Manny Diaz is an innovator and coaches with the carefree assurance of a man whose father was mayor of Miami and knows where a buried Cigarette boat filled with thirty seven million dollars of cocaine, rocket launchers, and a Barbadian passport rests in a mangrove swamp. I was very specific there.

Diaz's staff is formidable: Akina is a Polynesian word meaning Thorpe; Bo Davis may dress in Shirley Hemphill's tracksuit muu-muu on 101 degree days wearing Gilligan's hat, but he's our Professor; and DE coach Oscar Giles has a half dozen NFL millionaires on his resume, not unlike a Kardashian.

On offense, HarsinWhite SinApple clearly has a plan, though last year, they were somewhat handicapped by the fact that our arriving high school seniors were better football players than most of the dudes who'd been on campus for four years. Meditate on that if you'd like to spring from your Ford Taurus on I-35 like Michael Douglas in Falling Down. We also attracted injuries like golf pricks to a Ping sale. For those of you whining about last year's offense and trying to put it on our current coaches, seriously, just shut the fuck up.

The offensive staff has been up to the challenge: Stacy Searels brings edge and intensity - he has hit more players with hats than Odd Job; Darrell Wyatt is so silky smooth on the recruiting trail that Brazilian waxes in the Metroplex are called Wyatts.

TIGHT ENDS! LISTEN UP NOW. WE GONNA GET EVERYBODY ON THIS DEFENSE PREG-NANT. INSEMINATE THEY UTERUS WITH PLAY ACTION. THAT STRONG SAFETY GOING TO CARRY OUR BABY TO TERM AND CHANGE HIS DOO DOO PAMPER. SOME OF YOU ASK WHY I CARRY AN EGG TIMER INSTEAD OF A WATCH. IT DON'T MATTER. WHO WANTS TO WEAR MY WHISTLE TODAY? I SWEAR TO GOD MJ MCFARLANDS, IF YOU BLOCK LIKE THAT AGAIN TODAY I WILL STAB YOU IN THE HEART WITH MY CAR KEYS.

Let's tackle personnel. Last year, defenses realized that they could tackle ours.

We've decided that the QB should no longer be the primary focus of our offense, coinciding with the fact that Vince Young and Colt McCoy were our QBs for seven years and subsequent replacements were not exactly VY and Colt. Remember when you were a billionaire who used to only date models, but you went bankrupt, and now you can only date uglies and you decided that this was an opportune time to focus on personality? Good timing. Much talk about David Ash needing "to be a bus driver", but I hate the vapidity of that expression, and the wheels our bus will only go round and round with some actual playmaking, not just check downs and risk aversion.

RB is loaded, like a woman's question when she asks if you think she looks fat. We can go skillful (Brown), we can go powerful (Bergeron), we can go explosive (Gray). We can go scrimmage deity 3rd down back (Hills), we can go speedy mighty mite (Monroe, Johnson). As the philosophers Kool and The Gang once theorized: It's up to you. What's your pleasure?

At wide receiver we're counting on Jaxon Shipley's health, Magic Mike Davis pulling a live rabbit out of his helmet instead of a decaying skunk, Marquise Goodwin translating his track speed to the field better than Google translates Inuit to Italian, and for any number of role players and promising freshmen to give us a spark in our passing game.

As for Tight End, well, it goes like this: Greg Daniels was playing 4th string DT for us, lost 30 pounds, moved to TE, had eleven practices, and moved to #2 on the depth chart. So, yeah. Despite our woes here, the structure of our offense gets the TE in great passing game situations. Can we capitalize?

The Offensive Line spent most of last year in full primal scream freak out mode and began to engage in a reciprocal abusive relationship with our malfunctioning skill players that one usually only finds in broken families and on Irish Saturday nights. We'll be better across the board, have a chance to be legitimately physical in the running game, and could positively thrive if Donald Hawkins and Dominic Espinosa step up their games to the levels expected from Walters, Hopkins, and Cochran. Our depth chart is as thin as Bill Little's understanding of metaphor, but we should be able to weather a ding or two.

Ah. That's better. Our DTs are deep and angry, our DEs are acclaimed and skilled, our LBs are young but talented, our DBs are arguably the best in the country. Our defense is a swaggering pride of Fuck Lions. If you're a Texas fan, do I really need to break down again what BC's been championing all spring and summer? Just imagine the 1970s Pittsburgh Steelers and instead of Mean Joe Greene throwing the kid his jersey in exchange for a Coca Cola, he gives him a forearm shiver, turns him upside down, shakes him, and makes him wear his jock around his head. That roughly approximates the experience of opposing QBs facing the Texas defense this year.

The bigger question is obvious: will Texas take the next step? To 10+ wins, to a possible BCS bid, to even a conference championship? Yes, Maybe, and Very Possibly.

@ Oklahoma State - Lunting enters our lexicon to mean a promising but wholly unprepared youngster biting off more than he can chew. That chihuahua was really confident and scrappy until that bullmastiff Lunted it.

Baylor - Good news: the Bears receive conclusive evidence that there is a God. Bad news: he's playing for the Redskins.

@ Kansas - Only post-college combine Jayhawk players can look forward to is sitting on one in a wheat field.

Iowa State - Never underestimate a Paul Rhoads coached team! Unless your team is prepared and all of your players are better. Then feel free.

@ Kansas State - Bill Snyder gives birth to a shadowy dark form like Melisandre in Game of Thrones. The wraith throttles several Longhorns before Bruce Chambers dispels the ghoul by leading it through a Socratic dialogue that begins with the question: In What Ways Are You Different From The Schmoo?

I'm bullish on the Horns. Yes, our season is fragile, hanging on the thin strands of QB, WR, and OL health and improvement, but the Longhorns are, on balance, ahead of schedule for a return to national prominence.

When I fill out my first SB Nation BlogPoll, the Longhorns will sit inside my Top 10. 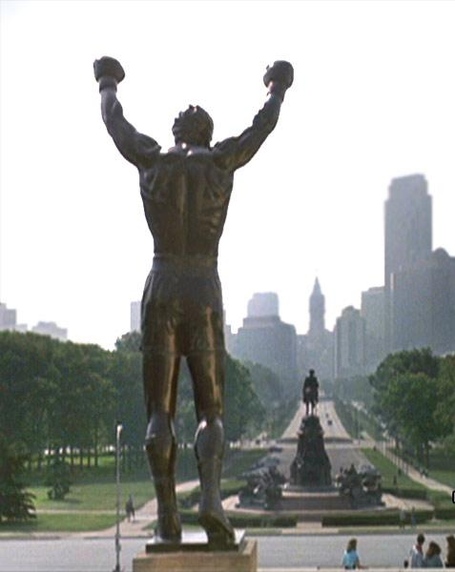