Share All sharing options for: Three Texas Football Games on the Longhorn Network Still A Possibility

Texas welcomed new Big 12 commissioner Bob Bowlsby into town Tuesday and Deloss Dodds took the opportunity to once again say that not one, not two, but three Texas home games could be on the Longhorn Network in 2012.

The Horns first two games -- against Wyoming and New Mexico are already scheduled for the LHN. The Iowa State game on Nov 10 is probably the 3rd game. For you non-math majors out there that would be 25% of the schedule not available to the vast majority of viewers. Right now it is estimated that four million homes have the Longhorn Network.

Once again, going over the history of negotiations (and opening up old wounds along the way), ESPN owns the LHN and is intransigent over its negotiating position of wanting a monthly subscription fee of 40 cents per subscriber and bundling distribution with its other networks on the basic cable tier in Texas and other Big 12 Markets.

Time Warner cable is the major distributor in Texas and ESPN's position is a non-starter for them. TWC wants to put it on the pay-as-you-go premium sports tier.

UT President Bill Power and Dodds put on happy faces today and insisted that this will get done, and the short-term pain will be worth the long-term gain.

"I think they'll get it done," Dodds said. "(ESPN's) John Skipper has a passion to get it done. Obviously not getting it done (before the first two games of the season) is going to impact some people, but it's a 20-year deal. It will be worth it what we're going through. We're going to win in the end."

Texas certainly has input over negotiations, but that 20-year, 300 million contract gave ESPN final say over everything but content. For once UT has entered into an agreement where they aren't the big dog, and what's in ESPN's best interests isn't necessarily in UT's best interest -- at least for the moment.

ESPN is holding the line on their demands because they see the Longhorn Network as a template for other networks. They are insistent on setting a price point for future ventures -- especially one on the horizon. 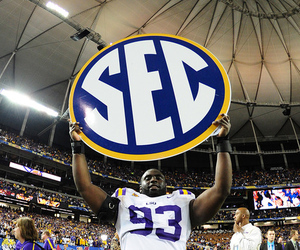 Having watched the Pac-12 turn the media rights game upside down with its seven networks, the SEC wants its own channel. It's why they took in Texas A&M and Missouri, and it will happen in 2014 with ESPN as its partner, since they already own the vast majority of the SEC media rights.

ESPN will be looking for a hefty monthly subscription fee for the SEC Network, and they do not want to go into any negotiations without the LHN getting a nice sum. They would love to say to distributors, "Look we are getting 40 cents a subscriber for the Longhorn Network in Texas, and we KNOW that the SEC is worth more than that in its home markets."

Both sides have shown the tendency to dig in their heels when negotiating distribution fees. ESPN took almost four years to get ESPNU to the level it wanted.

The NFL Network is charging 61 cents per subscriber and also demands basic cable distribution. They have a lot of live and "insider" programming covering the most popular sport in the country.

The NFL Network was launched in November of 2003.

I doubt Wyoming, New Mexico and Iowa State will change their minds about the Longhorn Network.