Share All sharing options for: A DAY IN FILM BREAKDOWN: BRUCE CHAMBERS EDITION

Mack Brown walks the halls of the Longhorn athletic complex, striding with purpose. It's position group film day. He spits sunflower seeds into a dixie cup and begins ducking his head into rooms, eager to see how his young team responds to coaching.

Why won't you finish, son? Good get off, but then you stopped your feet and danced with him. You're better than that.

Mack nods from the back of the room. Bo Davis nods back.

Nice decision here, David. They're in three deep, they've got the go route covered, you check down to Hills for 8. Live to fight another day.

Missed tackles. Busted coverages. It's on me. Because you guys are the best. I've failed you. I'm going to tell Coach I'm retiring. I've lost it. Just an old coach. Unless you will play better for me?

The defensive backs are in tears, screaming out that they will. Akina sees Brown and winks.

...and nice kick out on that cornerback here, Mason. Way to be physical. That's what we've been stressing. Good Cochran, see how he can't slip off of you when you square up? Now, what I need to see -

Mack briefly lingers in the coolness. Searels doesn't even notice his departure.

That's what we want, Marquise. Very unselfish. For the group: Goodwin didn't see the ball as much as he wanted, but he was tenacious in his blocking assignments and sold every route full speed. The highlights come when we all do our jobs.

Mack pauses at the next door. He fidgets nervously. And then he opens it... 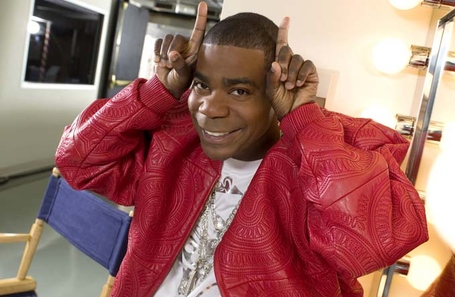 ...AND THEY SAY DON'T FEED THE BEARS BUT THEY LOVE DELICIOUS MARSHMALLOWS WHEN YOU PUT THEM IN YOUR MOUTH. NEXT SLIDE, DJ GRANTS. NOW THIS IS ME AND MABEL AT OLE FAITHFUL. THE INNER EARTH IS A CROCK POT OF SOUP AND GEYSERS ARE SNEEZES WHEN THE DEVIL ADDS TOO MUCH PEPPER. NEXT SLIDE, DJ GRANTS. THIS IS A PARK RANGER TACKLING ME AS I POUR IN BUBBLE BATH BUT I SLIP THE CUFFS AND HIDE IN A BUFFALO CARCASS. THE WOLF PACK RETURNS TO FEED. I FACE THEM NAKED, WITH ONLY MY NOVELTY RUBBER TOMAHAWK AND A PECAN LOG ROLL FROM STUCKEY'S...WHY HELLO COACH WELCOME TO MY MEMORY DOJO, WHAT CAN I DO FOR YOU?

MJ MCFARLANDS, GIVE COACH YOUR BEAN BAG CHAIR YOU LAZY IRISH SO-AND-SO. THIS MAN WAS BORN IN THE TRUMAN ADMINISTRATION.

WHEN MY HEAD HURT MY MAMA SAID HUSH CHILD THAT'S JUST EAR MITES TALKING TO THEIR ALIEN MASTERS. BUT HOW DO I KNOW THAT WAS HER AND NOT THE EAR MITES? SHE COULD HAVE BEEN SAYING SOMETHING DIFFERENT, LIKE: RUN BRUCE! THE EAR MITES ONLY TWIST MY WORDS!

Brown shuffles out slowly, wordlessly, and closes the door behind him.