Meet the only NCAA team coached by a soulless immortal whose office is entirely wallpapered in golden retriever pelts.

If I know you like I think I do, you're here because you'd like to actually learn something about the 2013 version of the Kansas State Wildcats football squad, and HOLY SHIT ARE YOU EVER IN THE WRONG PLACE. What I can promise you instead is a poor excuse for research thrown together to serve as a paper-thin veneer of credible analysis, with only the most fleeting attempt to mask my deep-seated disgust with a program that has managed to crush my hopes, dreams and will to live on an all-too-regular basis. Let's go.

Late into last year, KSU looked to be on track for an absolutely epic season, undefeated and penciled in for a national title appearance, with Collin Klein looking like the de-facto Heisman winner. Then came the mighty Baylor Bears – they of the single conference win heading into the game – and a bed-shitting so enormous that they're still trying to clean up the mess at Floyd Casey. I mean, it's everywhere.

After regrouping and returning to the barren wasteland hellscape of Manhattan, the 'Cats were able to restore a little moxie, finishing the regular season in style by straight-up beating the dick right off of a hapless, thoroughly unprepared Texas team. Again. x5. However, they didn't fare nearly so well against uniform abortion factory Oregon in the Fiesta Bowl, suffering a thorough ass-kicking at the feet of the Ducks to end the year.

Once again, Kansas State is helmed by 400 year-old necromancer Snyder the Purple, whose skill in the dark arts of conjuring victory from nothing more than incantations and a handful of JUCO transfers is a thing of legend. His evil wizardry is fueled entirely by puppy blood and the stolen innocent dreams of children. He has never slept, ever.

Dana Dimel, Del Miller and Tom Hayes return as Snyder's inner cabal of white-haired, ancient coordinators. They all look like your grandfather's unpleasant golfing buddy, or one of Warren Jeffs' trusted advisors in the FLDS hierarchy, which belies the terrible secret of their true form - that of a 3-headed reptile demon with advanced enchantment skills and a +10 spell modifier.

Do not trust it. It means you terrible harm.

The Wildcats offensive unit returns quite a bit of the personnel that you may recall from last season, when you watched them devouring and expelling the Texas defense like so much Taco John's. Notable in his absence is everything-back and short-yardage battering device Collin Klein, who was callously sacrificed on Snyder's pagan alter to appease the underworld denizens who restored KSU to relevance in the post- Ron Prince Era. He will be missed by those who give a shit, which is to say "not me". As ever, when one falls, another rises in his place – in this case Jake Waters, a traditional passing quarterback procured through the dimensional hellgate JUCO. Beware all-knowing JUCO, friends. Gaze not into JUCO, lest JUCO gaze back into you. Waters beat out dual-threat soph Daniel Sams, who was well on his way to becoming the next Ell Roberson before he surprisingly lost the pre-season QB battle. Billy Snyder wasn't surprised. One guy was better. He plays. We win. Fuck off.

The line returns all of its starters, anchored by center B.J. Finney, who is probably a loathsome orc of some sort. They look to make an improvement from merely mediocre to somewhat better than mediocre this season, which is admirable. I hope they fall woefully short. They'll be blocking for equally uninspiring tailback John Hubert, an insurance adjuster from a mid-sized Topeka firm who was offered by Snyder after declining coverage for a sickly orphan in need of a kidney transplant. Probably. He's actually pretty damn good.

Wide receivers are a relative strength, with Tyler Lockett and Tramaine Thompson looking to make a name for themselves outside of the obvious fact that they are actually 739 sewer rats packed into a pair of lycra body suits and trained to scurry up the sidelines in unison. Rats are disgusting, and no one wants to cover them. Diabolical. 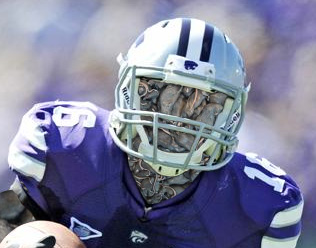 Bill Snyder says you're welcome for the nightmare fuel

The fullbacks are... Glenn Gronkowski and Zach Nemechek?... which, seriously, those can't possibly be real names. It's like they sat down and workshopped a list of the most cliche names imaginable, and I don't even think K State uses a fullback. That guy was Collin Klein last year. If it's not satire, someone should probably let them know that they're not allowed to literally bring a lunchpail full of Keilbasa with them on the field. Pretty sure that's a penalty.

I mean, holy shit. That is some delicious roster decimation right there. I guess someone righteously pissed off a minor deity, because that depth chart done got smote. In the still-smoking crater where THE ENTIRE DEFENSE used to be, there are now only a smattering of survivors and some JUCO refugees (no offense meant unto JUCO, all glory to JUCO, et cetera). 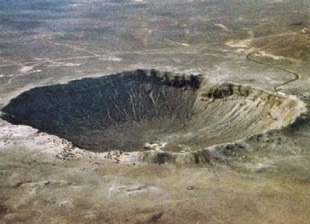 Snyder will still somehow manage to turn this unit into something better than a complete embarrassment, but will likely have to reverse mortgage the eternal souls of most of the undergraduate population to do it. And he will do it without so much as a moment's pause, because he is a despicable, fetid creature, entirely devoid of compassion or morality. Also, Randall Evans is pretty solid, and will help.

On special teams, the return rodent-sleeves such as the freaky fast Tyler Lockett are gifted, but the Wildcats will be replacing punter Ryan Doerr and kicker Anthony Cantele. Good luck with all that.

It's just a regular guy, in a regular guy outfit, with a giant cat head. That is not okay. I know for a fact* that this thing has to introduce itself to all of its neighbors and isn't allowed within 500 yards of an elementary school. If you want to find yourself on a government watchlist, by all means, check out this video. What the shit is this I don't even.

Also, it's entirely possible that EcoKat is still alive somewhere, chained up in Willie's basement. No, no, I'm only kidding – she's definitely dead. And in a bunch of plastic bags in his freezer.

*not necessarily a fact 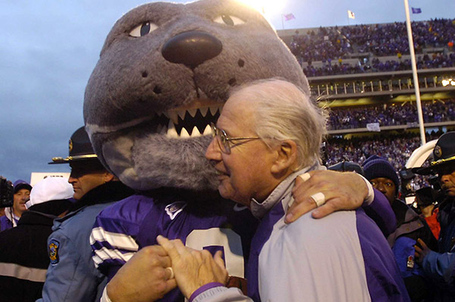 You might be tempted to feel sorry for them because everyone on the roster is doomed to spend between four and infinity years in the purgatorial nether-dimension of Manhattan, but don't. They made their pact with Snyder. It's too late for them now. Think instead of all the pain they've caused you, the psychological wounds that don't heal, the repeated battering of your very soul. THINK OF ALL THE MURDERED PUPPIES.

Seriously, and I can't emphasize this enough, but fuck Kansas State so, so much you guys.

KSU State of the Union Archive