The Texas Pregamer is back from vacation. Did we miss anything important? Wide Right and Natty Lite is in the house as we get ready to take on Iowa State in Ames.

Share All sharing options for: The Texas Pregamer: Iowa State 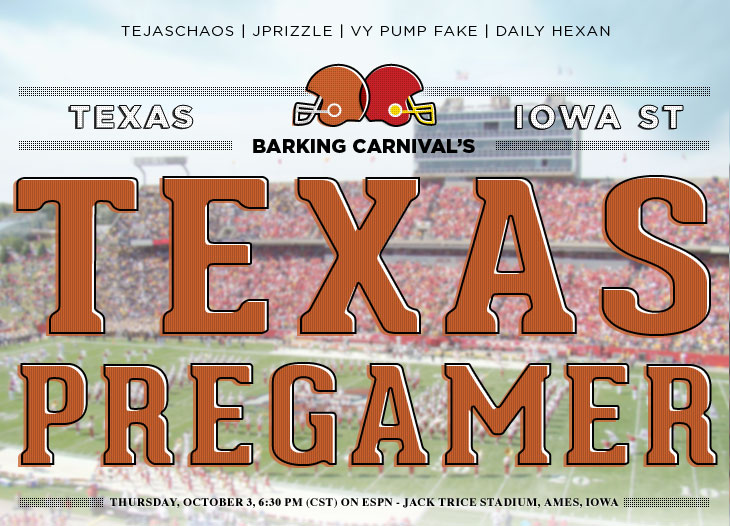 Welcome back everyone, hope the bye-week treated y’all well. It was nice to sit back, relax, and take the week off assured that nothing of particular importance will happen. We caught up on our Fatal Attraction Fanfic (Part Five was a hairy one). But it’s great to be back from our little vacation. If one of y’all wouldn’t mind picking us up at LAX, it would be most appreciated. It’s hard typing up this thing on Lane Kiffin’s smartphone.

Did you hear we beat K STATE? ‘Cause that totally happened. It’s kind of a big deal. Did you know that there were 5th graders that existed in this world who had never witnessed a Longhorn victory over the Powercats? I wonder how badly Kansas State alum Deloss Dodds is taking it. We’ll have to remember to check in with the AD once we’ve unpacked our bags.

If the season ended today, those much-maligned Texas Longhorns would be the UNDEFEATED Big 12 Champions (we’re in a 3-way tie with OU and Tech and that’s NEVER ended poorly for us).

Here at the Pregamer, we are the first to admit some team previews were a little more thoroughly… ...researched than others. Last year it was all Steele and Corn for Iowa State. We may have relied heavily on stereotypes and rudimentary google searches.

But not this year! This year, we got some FACTS.

Like the FACT that Ames, Iowa is not the largest city in Iowa. It is the eighth largest. In Iowa. The 30th largest state. Or that Ames was ACTUALLY a filming location for 1996’s hit film Twister. Or that Ames is also the home of the USDA's Agricultural Research Service's National Animal Disease Center, the largest federal animal disease center in the U.S.! FACTOPIA!

Or the FACT that their name comes from the late 1800s when people mistakenly called land hurricanes "cyclones." Oh, so the Iowa State Tornadoes? They must be the best at getting hit by tornadoes? Not so fast my friend.

Or the FACT that you should not leave your belongings in the Iowa State visitors locker room. Cause they might get disappeared on ya. I guess this is not so much a FACT as a suggestion. But we are on a roll now.

"...someone with loose morals somehow gained access to a room that contained valuables, and it wouldn't matter if the valuables belonged to Hawkeyes, Cyclones, or hell, even Longhorns." - CanAzn of WRNL

Thought we weren't Watching CanAzn? You would be wrong.

Or the FACT that while their football team has only won 1 divisional championship, their mascot has won TWO NATIONAL CHAMPIONSHIPS SINCE 07!

Or the FACT that they are 1-9 against Texas. We like that FACT.

This wonderful, exceptional, tumultuous ride we’ve watched unfold before our eyes these past few years (or maybe months if you caught up after the fact), has come to a much-ballyhooed end this week. The whole nation, or at least the savvy fraction that we actually care about, tuned in once a week. We weren’t always sure if we were watching a villain or a hero, but we were undoubtedly watching something special. Something truly one of a kind.

From apparently humble and unassuming beginnings, the mad scientist harnessed his god-given abilities for our viewing pleasure. At first it was a joy. We rooted for him and his team of scoundrels. We cherished his results as our own. He turned his talents into an unrivaled production, an international cash cow, practically printing his own money.

His shrewdness we admired. His cleverness and ability to concoct a scheme out of thin air made him seem greater than the sum of his parts. His audacity and stubbornness may’ve rubbed us the wrong way, but we had to respect him for it.

But when you’re on top, you lose some of that humility. You lose some of that perspective. You stop going out to check the fences to make sure your homestead is safe. Some pieces may begin to crumble. Entropy enters the equation and catches up with us all eventually.

But with every fall comes the opportunity to rise. Here's to hoping that both he and the heirs to his unrivaled legacy find their happy ending. 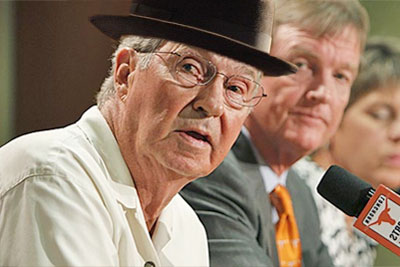 MORE FUN WITH STATS: Iowa State is the only FBS team that hasn't picked up a first down via penalty.

Challenge Accepted! Let's take a quick look at tomorrow's lines for most likely ways the Cyclones get a freebie:

If you type ‘Iowa St Roster' into Google, it gives you the basketball roster instead of football. Which is cool and all, but we wasted a lot of time coming up with funny jokes about Bubu Palo before we also realized it was a pretty short roster to field a football team.

FAYETTEVILLE, Arkansas: The new Deadliest Catch spinoff was tested for a local studio audience. We are happy to report that Deadliest Catch: Mike Evans was, of course, well received.

LOS ANGELES, California: Chris Simms weighs in on Fox Sports 1 that the time has come for Mack Brown to retire. And when Chris Simms is calling you to the bench, you know things have gotten out of hand. 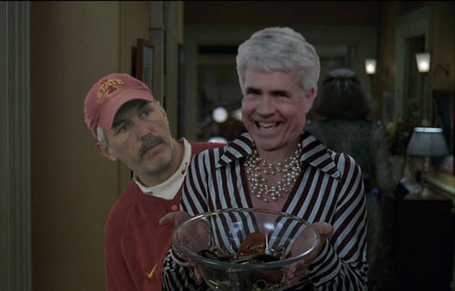 Texas, your football team has done a very brave, potentially disastrous thing this season. Mack Brown fired a key component of his football staff two games into the season. That's brave, 'cause it takes balls to realize it isn't going to get better and pull the plug on the weak link to save the team's season. It can also backfire spectacularly. Most coordinators that are sitting around waiting for the phone to ring at this point in the season usually aren't world-class football minds. If they were, they'd probably have a job.

This is relevant for Iowa State because the Cyclones have their own weak link at an integral position. That link comes in the form of one Mr. Courtney Messingham, who has technically been in charge of the offense over the past two seasons, although you wouldn't really know that by watching the product he puts out on the field. Coach Messingham's offense is usually a goddamn disaster each week (although to Messingham's credit, he often finds new and interesting ways to keep points off the board for the Cyclones. So at least that's fun to watch).

Now, Coach Mess hasn't had a Manny Diaz-at-BYU-style flameout yet, although the first half of the Iowa game this year was close (48 yards in a half? HOW IS THAT POSSIBLE). So here's a little proposal, just to spice things up a bit. Why not make this season interesting with a little 1970's-style swinging? How about we get every Big 12 team together and have them put their shittiest coordinator's car keys in a bowl. Each head coach blindly pick a set of keys out of the bowl. BOOM. Brand new coordinator for every team.

Okay, so this isn't a flawless plan. A lot of teams'll end up with a few o-line coaches or maybe find themselves with a spare guy hanging around the defensive backs. But that's just part of the fun, baby! Don't get cold feet now, Texas; you started this.

And something's gotta change for Iowa State's offense soon. A few more weeks of living with the Courtney Mess-fense Experiment and Cyclone fans are going to call the divorce lawyer.

Popcorn > Corn. Wanna fight about it?

VY Pumpfake: Longhorns are undefeated since the autographed Chance Mock purchase, streak continues with a win over Cy. 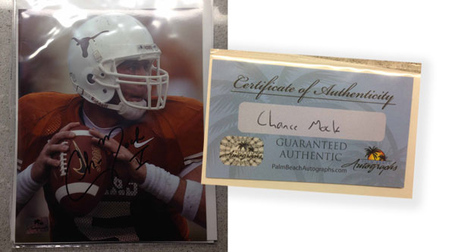 Don't pretend you're not jealous.