The Texas Pregamer limps back into Austin with a little help from Red Cup Rebellion. Warning: They have a bear. 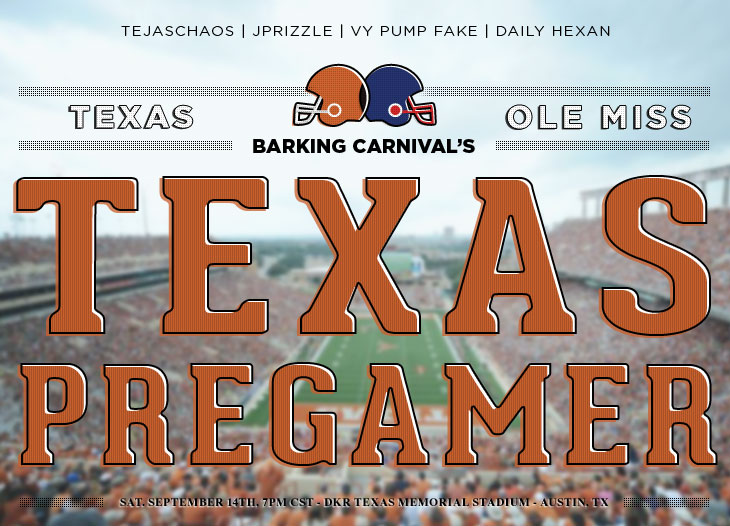 Well folks, it’s reassuring to see that even when we’re knocked down early, we can come back with a vengeance and win big. A daunting out-of-conference game and Big XII schedule lies ahead, and as the prohibitive favorite, teams will be gunning to upset us. Our team is full of veterans though, so there’s no doubt that we will RISE to defend our National Championship.

That’s right. After back-to-back wins against the #1 and #2 teams in the country, our Texas Women’s Volleyball team is up to the challenge. Haley Eckerman, Khat Bell, and Bailey Webster were excellent this weekend, and the Lady Horns’ confidence is surging as we approach the matchup with Arizona State. Be sure to check in on game day for play by play here at the Texas Pregamer: Home of Texas Volleyball. Click Clack. Swish Swish.

This isn’t actually a volleyball article, although maybe it should be. Lennay Kekua, thy name is Texas Football. We spent the past week loving you, adoring your beautiful, explosive offense and suffocating defense. We admittedly ignored the warning signs – we never did actually see your zone read defense work in person. But even that nagging doubt housed in our brain between the amygdala (emotions) and hippocampus (brain word) wasn’t enough to convince us of your duplicity, or rather your nonplicity. In sports, as in fictitious internet paramours, there will always be heartbreak. And as we all know, the quickest way to get over heartbreak is a short term rebound. So go ahead Greg Robinson, buy us a bucket of Shiner and tell us we’re beautiful. Stand in line for us at Franklin’s and convince that bouncer you know at The Blind Pig to let us skip the line. We’ll even put out a little. Let’s just get this over with so the real healing can begin.

Editorial aside: Way to go Ladies. Thanks for representing our University to the highest level.

So... The LHN could have picked a better week to introduce their new Director’s Chair:

CAN THE EMPIRE STRIKE BACK?

But enough of our woes dear reader, gather around and I shall tell you a story that happened a short time ago in an athletic department not so far away:

A black shuttle ominously approaches Belmont Hall. Out steps EMPEROR DODDS. Flanked by the elite ESPN Red Guard, he walks down a darkened hallway. But wait - that's no ordinary office walkway - it's the entrance to a LHN battle station!

The Emperor approaches a cadre of his minions sitting around a conference table. His most valuable commander, DARTH BROWN, rises from his signature crouch squat to stand at attention.

"My Emperor, we were not expecting you," he says. 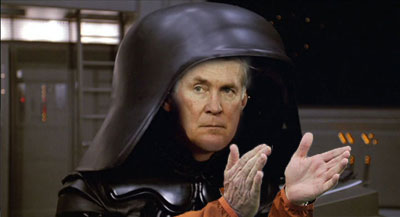 "It is what it is, Darth Brown," replied the Emperor. "I have come to oversee the final preparations of this LHN Battlestation."

One of Darth Brown’s many admirals approaches. The emperor turns to address him.

"Certainly, Emperor Dodds. We have established a defense so intricate, there is no way anyone will be able follow its movements."

"Most excellent news. But what if the Ole Rebels are able to sneak through our first line of defense? Do we have safeties in place?"

"My lord, if I may: once the LHN is fully operational, there will be no need for safeties." He turns toward Darth Brown. "Your sad devotion to ancient beliefs like fundamentals and clapping has not helped you conjure up a 10 win season."

"I find your lack of claps disturbing," growls Brown as he begins to clap. Slowly at first, and then into a cascading roar of positivity. It’s too much for Admiral Diaz, who falls to the floor convulsing.

"Remove him and promote Commander Robinson to his post."

"Nossir. All hail The Joneses."

Brown turns from the gathering and heads for his office. Once inside he turns to see a glowing spirit of a man. It’s OBI D KAYROYAL, his longtime friend and advisor.

"Darth Brown. You were the chosen one. How could you let things slide so?"

"You’re wrong. I’ve become more powerful than you could ever imagine. The contracts, the facilities, the recruiting. I am the master now."

"Only the master of money, Darth. But there’s still time. Come back to the light side, become what you were always meant to be - a good man and a great coach." 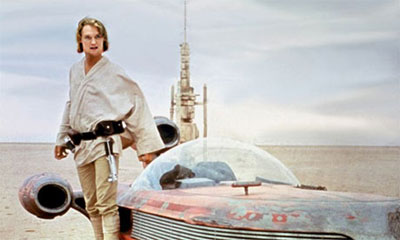 In 2003, Ole Miss dropped the Colonel Reb mascot for being too "celebrating the Civil War-y" for the university's hopefully more modern image. In 2011, Rebel the Black Bear was introduced as the new Ole Miss mascot after a vote among the student body left for few other viable options. Sadly, the viral Admiral Ackbar for mascot campaign failed, as did the "please, can we just not have a mascot altogether" push.

It could be that, in William Faulkner's novella "The Bear," a group of men led by Isaac McCaslin spend years tracking a gargantuan black bear named "Old Ben" in the woods of north Mississippi. Old Ben is widely feared, and thought of as nearly immortal, having survived several attempts at its life. When Boon Hoggenbeck, an uncivilized drunk, finally kills Old Ben, McCaslin is humbled by the death of the mighty beast, and turns to eschewing material possessions and living a simpler life. To him, the death of Old Ben was the death of the American wilderness by-and-large as wrought by man's greed, stupidity, and selfishness. He remembers Old Ben as embodying an powerful and enriching freedom that is so quickly forgotten by men in the pursuit of influence and wealth. In that sense, Faulkner's bear represents a ferocious, rebellious spirit that hopefully our athletics teams can embody in competition.

Or, it could be that the athletics department wanted a way to market Ole Miss to children, and selling officially licensed teddy bears is pretty damn easy way to do that. You pick. 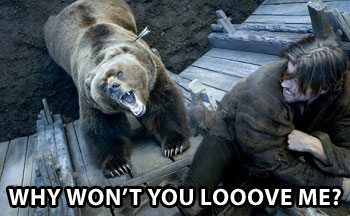 BIRMINGHAM, Alabama: Nick Saban sat alone in the corner booth. Draped in darkness, he slowly sharpened a rusty shiv. No reason in particular.

I wonder if Mrs. Izzo gets the same kind of treatment.

CHIP ON YOUR SHOULDER

All week you will hear how Bo Wallace, once spurned by Texas, enters the game with a chip on his shoulder. With that in mind, we’re pleased to announce the Texas Pregamer Shoulder Chips Emporium. For $5 you can have an officially recognized chip on your shoulder. Please submit requests and PayPal payments to TexasPregamer@gmail.com. Expect to receive your chip in 4-6 weeks. 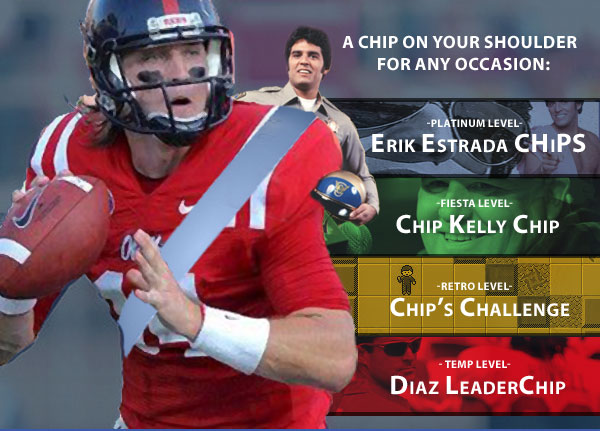 This is not a binding legal contract. Chips are metaphorical and physical receipt should not be expected. Thanks for the five bucks.

Ash is likely out. Daje too. A completely different kind of coach is calling the D. I’m pinning my hopes on a mix of Ewing Theory, "nobody believed in us" mentality, and the Disney TV pilot I already wrote. We ride the emotion of the moment to to this years version of 27-25. A guy can dream right?

I think I’m going to get really into soccer.