Share All sharing options for: The Texas Pregamer: UNT 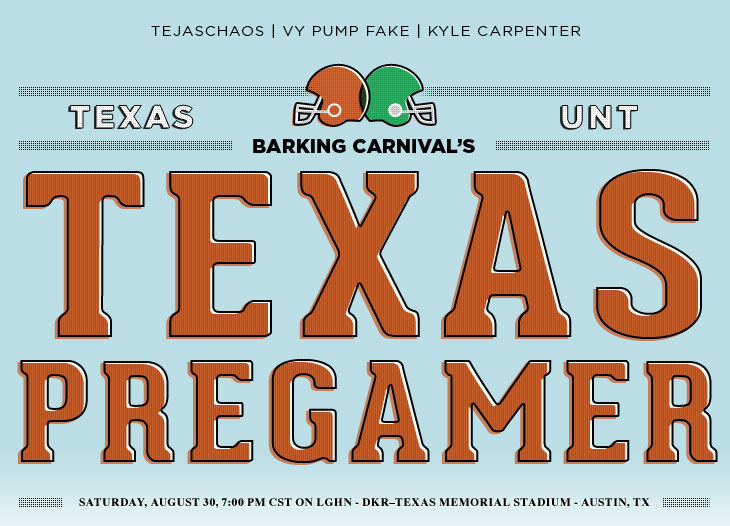 Putting the "T" Back in The Pregamer

Where does the time go? It seems like only yesterday we stumbled forth from the Alamodome, wondering why our history professor was so hell-bent on making us remember it.

We entered the offseason in our usual manner - a training regimen consisting of True Detective deadlifts and Reddit squat thrusts, followed by the occasional light reading. But summer would prove fleeting. August approached, and it came time to dust off the ol' game tape to prep for the coming season.

And that's when it hit us. He's gone--he's really gone.

You know who we're talking about. About yea tall? Used to clap a lot? Hair far more suited for the SEC than half its current coaches? Won a national championship the year he added a hip hop mix to his iPod? Yeah, that's the guy. Say what you will about Mack Brown, but a funny thing happened over the last few years of his tenure. While life may have been hard on the team, our job had gotten kinda easy.

We'd grown complacent, nay, entitled. We anointed our columns to 5-star status without writer competition. We treated Sally's cookies as an all you can eat buffet, ignorant of our fattening waistlines. But the old man has moved on down the road, and much like the Santa Rita Oil Rig across from DKR, the well has run dry--all we have left is the drone of the endless recordings.

As you may have heard, there's a new sheriff in town and we are feeling a little out of our depth. We didn't even know there was a hole for the top button of a polo shirt.

We'll spare you the puns. The STRONG feelings, about STRONG moves on the staff. This is a whole new comedy game. What if we aren't funny anymore? What if the Longhorns are so competent they are... ...boring? Can we do boring? There's only one way to find out.

Get excited baby, it's FOOTBALL SEASON! 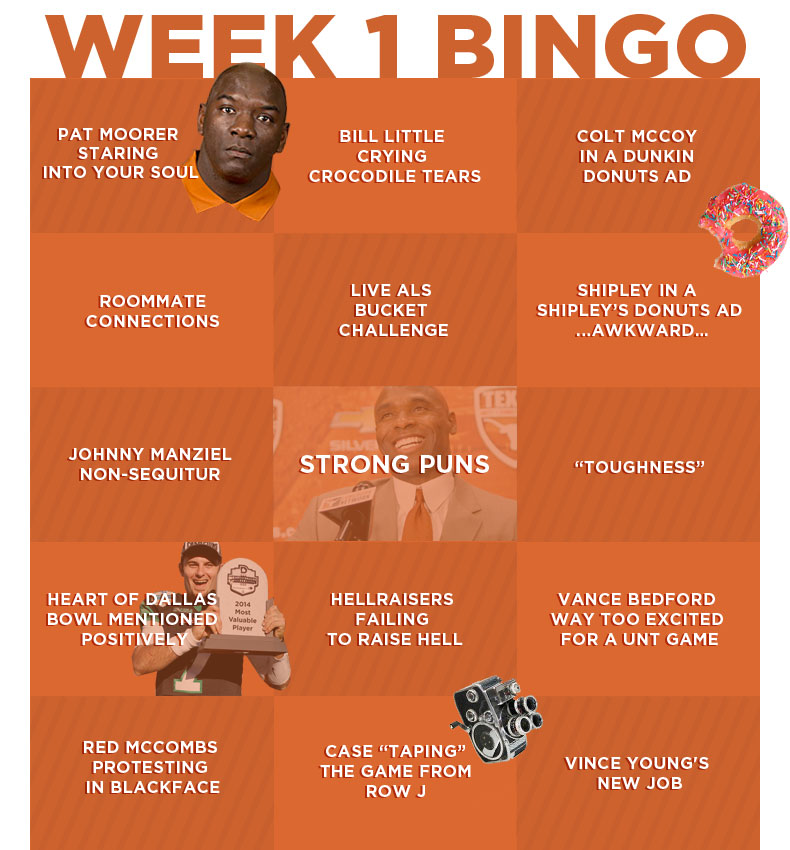 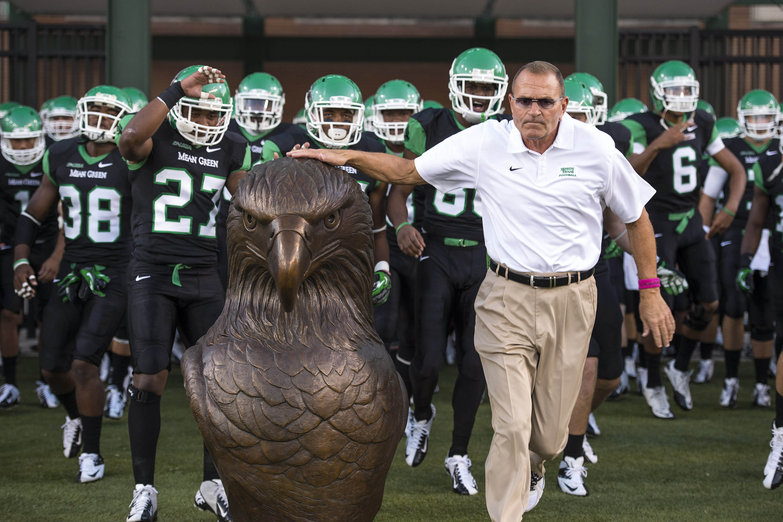 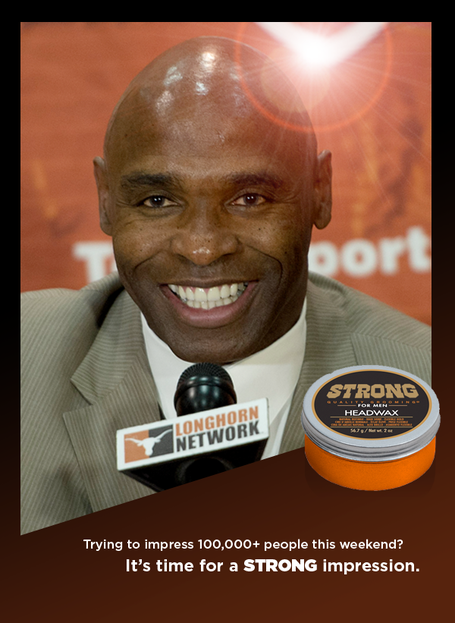 TEJAS CHAOS: I like our chances against a school that's biggest source of revenue is renting the Super Pit for high school graduation ceremonies.

KYLE CARPENTER: (The "Artist" Formerly Known as DAILY HEXAN) If Strong is putting the "T" back in Texas, then let's make this one last celebration of Mack's lifetime supply of the "exas" (read: excess). Run it up, Charlie. 76-7, 4 TDs for big Malcolm Brown and a fat guy TD for bigger Malcom Brown.

Drink up UNT, it's football season! 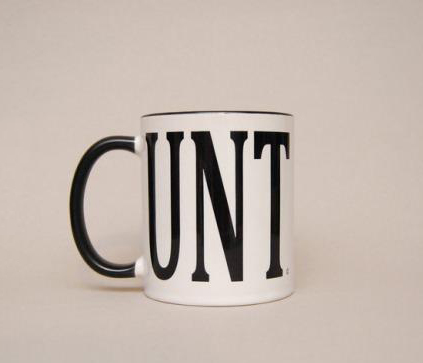