May the hate flow like the (mighty?) Red River. Beat the Dirt Burgalars. OU Sucks.

We are a cordial bunch here at the Pregamer, but one week a year the gloves come off. It’s HATE WEEK and it’s time to wrap it up with a no-holds-barred, merciless, hide yo' kids, irreverent attack on the terra-takers. What we mean to say is, we’ll say some things the Prairie Poachers won’t like and hope that Joe Mixon isn’t around to [video evidence destroyed].

One of the keys to a successful life is the ability to empathize. Since we are Longhorns, and ipso facto are already successful in life, we are quite proficient in the skill of empathizing. As such, we will lower our station and put ourselves in rival shoes in an attempt to understand what it feels like to be… a Sooner.

OK, you’re right, we’ve gone too far. In the end you have to count yourself lucky when you have a rival that you can play in a historic and unique setting every year, a rival that you can actually get excited to play when your team is 1-3. We’ve never tasted that Oklahoma Suks beer, but if you have a can handy raise it high and join us in a hearty cheer. To our brothers and sisters up across the river, may your mediocre career keep food on the table, may your cousin be an adequate parent to your children, and may your annual vacation to Oklahoma City treat you to a nice appetizer at Chili’s!

Genghis Khan nearly conquered the world. If not for a few setbacks with his progeny and succession, we may all be speaking Mongolian and eating at the world’s only existing restaurant: P.F. Chang’s. He is unquestionably one of the greatest military minds of recorded history, and one of his favorites in the playbook was the "feigned retreat."

Essentially, the Mongols would simulate panic, fear, disorganization, and convince anyone who wasn’t privy to the gameplan that they were retreating in utter disarray. After drawing out the foe, they would unleash a devastating and coordinated counter-attack to an over-confident and out-of-their-element foe.

Now besides showing off the value of the obviously well-rounded education received at UT, what does this have to do with OU?

When Bobby "Western Xia Dynasty" Stoops leaves Oklahoma--with a team of mainly Texans (49 on the OU roster!)--for the green fields of Dallas, Texas, he will be getting involved in a land war in Asia. And he will come charging after the "vulnerable" Longhorns...but what if it was all a ruse?

What if Nick Rose intentionally missed those kicks and Fumbles McShrimpontheBarbie wasn’t just allergic to catching a snap? What if Walt Anderson is a sworn General for the Longhorn Army and Alan Eck was just following orders? What if ScipioTex was just stoking the flames to really (REALLY) sell it? What if they made it SEEM like TCU was playing against an average 3A high school team? What if Bevo isn’t actually dying of a broken heart? What if this is the greatest feigned retreat in the history of sport?

This was all a part of Charlie’s master plan. Now, in honor of winning out the rest of the season and heading to a respectable Bowl Game, let’s go build the perfect bowl at Genghis Grill. For Genghis Strong.

Oklahoma, a state not blessed with natural beauty in either land or creature, looks to buck that ugly trend with these beauts from Adidaz.

This is Why DKR Banned Xanga:

You may have heard that Twitter was aflutter with Texas bickering this past week. What the LAMESTREAM MEDIA failed to show you was the context around the tweets. The Pregamer would like to issue a formal apology for our instigating role in the distracting headlines. One of these days we’ll learn to keep it in our pants. In our drafts. We meant to say in our drafts. 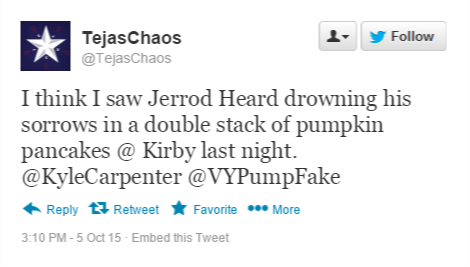 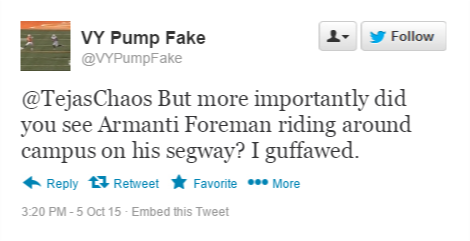 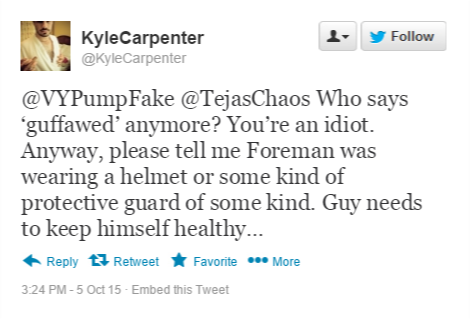 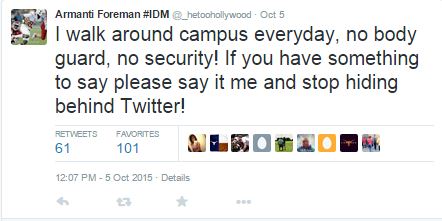 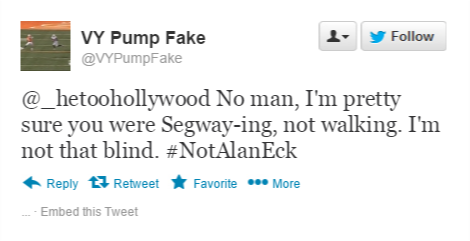 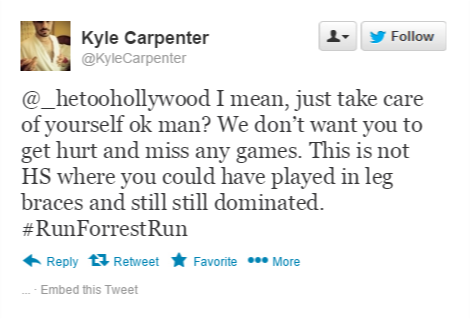 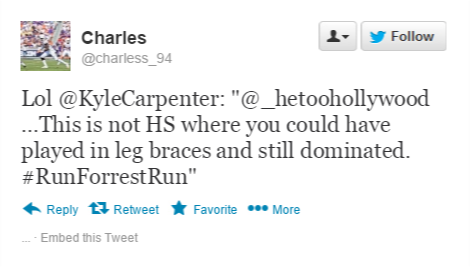 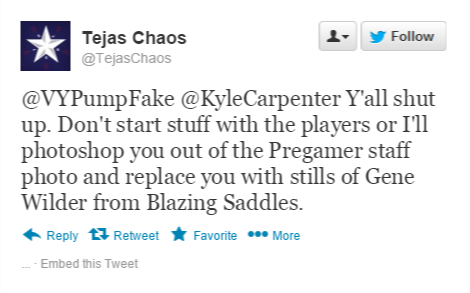 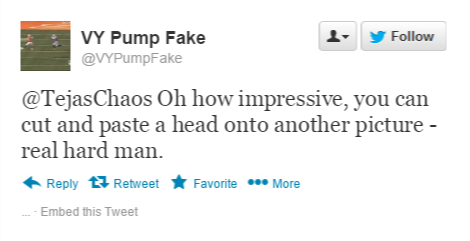 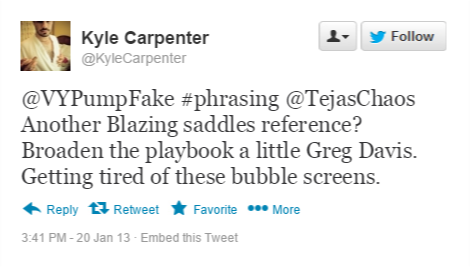 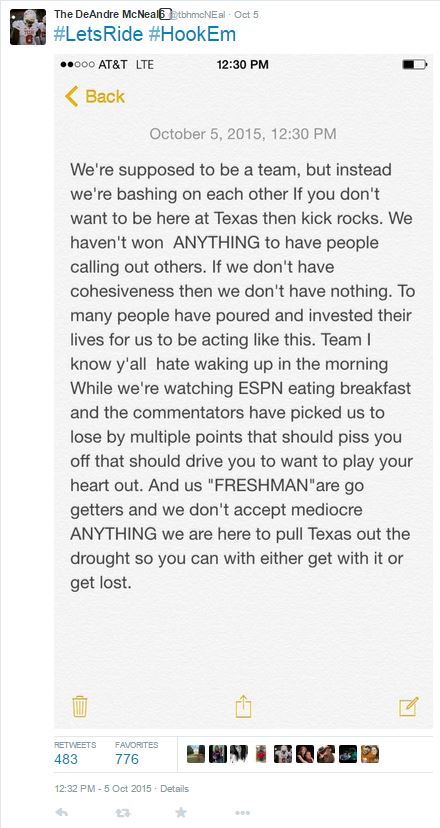 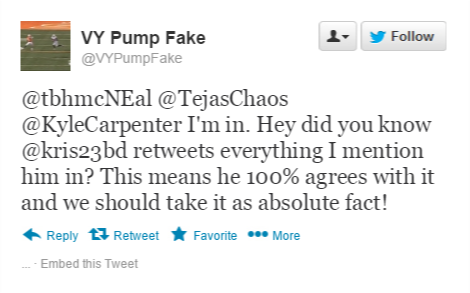 You know the typical OU fan, now you better know the roster.

While we know there could never possibly be a president from the state (is it even a state? Weren't we going to demote it to Commonwealth in exchange for Puerto Rico?), the list must be updated.

Tejas Chaos: The past couple years have not been kind for the Sooner's either, losing some recruiting ground in state to rising competition. They still beat us by 14. That's about as funny as I can get this week.

VY Pump Fake: Guys, I can’t stop streaming Najee songs. What is this sorcery? Now I’ve started a Kenny G song simultaneously. Someone please help. Oh, the game? I’m so mellow I can’t even fight it. OU by 10. 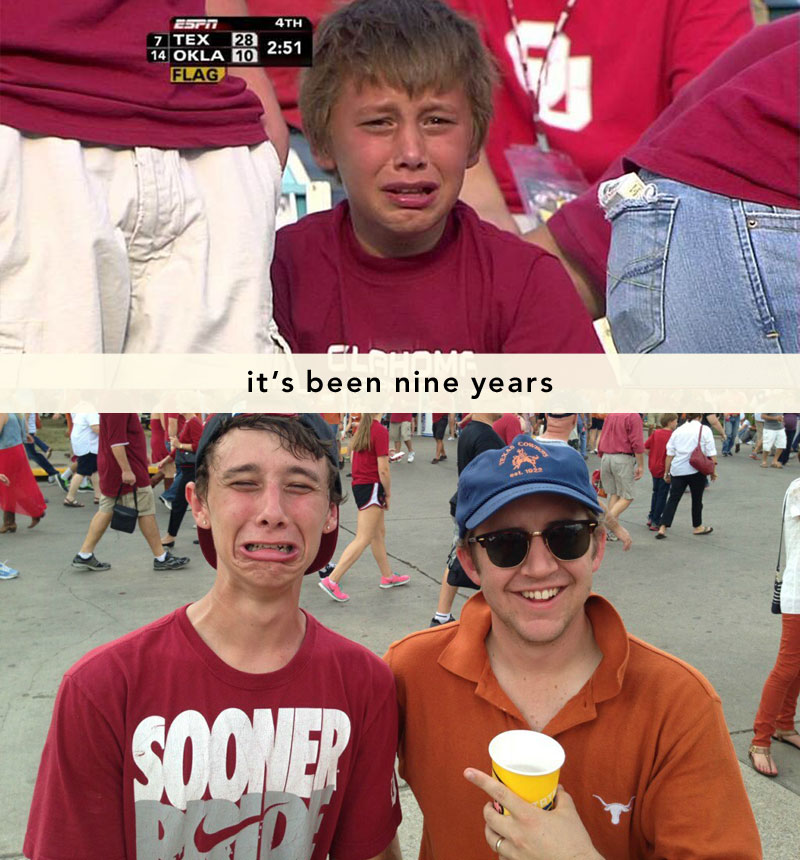 We couldn't pass up a chance to add a final heaping of Boomer-Que on your plates.