So can we all come to some agreement that it's not about the goddamn back?

Hi! I rushed for 204 yards in a Super Bowl. And I'm talentless

Seriously. This is important. It is my crusade. We're 10-1, we're having a great year, playing our asses off, we're happy with our coaches, and there's no better time to have this conversation.

Can we engage our critical thinking processes for just a moment?

Fozzy Whitaker is a solid back. Vondrell McGee is a solid back. Chris Ogbonnaya is a solid 3rd down back. Cody Johnson is a solid short yardage back. We can all quibble about who is better or offers the best upside. All are capable of delivering within their sphere of competence and doing so in a way that would give us a running game, if a competent running back was the sole qualification for a running game. It's not. A running game is much more than the back. It's OL, it's scheme, it's the blocking of the WRs if you're running out of 3 and 4 wide. The back may deliver the mail, but the scheme and blockers are the post office. It's the necessary infrastructure. A great back in a poor scheme with a poor line is just another guy who shows the occasional flash - and spends most of his time on a trainer's table and is often branded an underachiever. See Cedric Benson pre-Vince. A poor back in a great scheme with a great line is a Pro-Bowler and a trade bait when it's realized that his overinflated value may actually yield a good player.

I'm Reuben Droughns and I approve this message

Over the last nine years, the Denver Broncos have had seven different rushing leaders and six different 1,000-yard rushers. They've sent five of them to Pro Bowls. All of them, except Clinton Portis and the somewhat overrated Terrell Davis, ranged from sorry to average. It's like reviewing recruiting tape on Hornfans - a kid runs through a massive hole untouched for a 70 yard TD and everyone wants to sign him up. Another kid gets hit at the LOS, spins, shakes off a tackler, stiff arms another, keeps his balance and surges forward for five yards and people yawn. Not decisive. Doesn't show burst. Thankfully, some of these people end up as NFL GMs where people like Scott Pioli rape them every year.

I'm Olandis Gary and I approve this message

I don't know about you, but Ricky Williams looked pretty awful against KSU in '98 running against a nine man front. Backs who get holes generally look good. Backs who do no generally look bad. In fact, when you're anticipating a hole and you find a linebacker waiting for you filing his nails with an emery board you will look tentative, unsure, not elusive, soft, and uncommitted to running North-South. Why is he trying to bounce everything outside? Because the hole looks like a Lindsey Lohan gangbang, that's why. And runners under duress resort to high school form and survival instinct. I've weathered a decade and a half of reading and listening to comments about a back sucking because a D lineman hit him sometime around the handoff and it's tiresome.

What we have are an array of backs who - under real schemes - could run effectively in our offense. Or more precisely, an offense similar to ours. This is the same stuff I called out Tim Nunez for back in '00 and '01 and was roundly criticized for only to find those critics silent when we shitcanned him. Sadly, I've since learned that our OL coach doesn't draw up our schemes. The offensive coordinator does. And the head coach signs off on it. McWhorter is an implementer, not an architect.

There is no shining knight that will fix the running game. If you think Chris Whaley is going to be the answer I snicker. Unless you think it's his blocking as a TE in which case we're getting on the same page. If you mention Jeremy Hills breaking a nice run at the end of the game as your next great hope, I demand you re-read my first few paragraphs until their wisdom penetrates your calcified thought processes. If you need a super-elite RB to have a credible running game, you don't have a credible running game. Let's all say that together. Would an elite RB help our running game? Por supuesto. They don't grow on trees. And some of the backs you think are elite, aren't. They're beneficiaries of a great running game, not its creator.

I'm Ron Dayne and I approve this message

Kansas has a below average but big and physical DL. Two out of their three LBs run like Larry Flynt flung out of his wheelchair and their secondary is as eager in run support as a basset hound on an August porch. However, they do have access to film and charting our running game took one of their GAs about as long as watching an episode of Night Hawk. With similar plot complexity as well.

Fozzy Whitaker started against Kansas. Fozzy is the answer, we're told! Except that he had 13 carries for 15 yards. Look, I like Fozzy. He is a boat on our executional & schematic tide. He will rise and fall accordingly.

Vondrell McGee had 2 carries for 14 yards and a TD. Last week his statline was identical to Fozzy. Coincidence? Now I see posts all over the internet asking for more McGee. From the same people clamoring for Fozzy four weeks ago. If you harbor these feelings, you must reread my first few paragraphs again. This is your Choose Your Own Adventure - continue to persist in the belief that you'll be carried out of the factory by Richard Gere, and I will keep sending you back to the top to read.

We have five problems:

1. Scheme. We have four running plays that aren't a Colt draw or scramble. A zone read that we don't like to run because it puts hits on Colt. I understand that. A half-hearted option play executed out of a reach blocking zone scheme that generally gets Colt lit up while he runs laterally and can't protect himself. The third is a counter play with two pulling linemen, somewhat comparable to the famous Redskin counter trey. I actually like this play. Sadly, we don't execute it consistently - in fact, we don't offer the counter step delay in the backfield so our timing is often irrevocably fucked and our blocking doesn't get set. Our fourth run is a zone play which asks our OL to perform a game of Duck, Duck, Goose on every snap.

2. Execution of scheme. The timing in our zone play is subpar. The backs don't really understand the pace of its development or the whole plant and go concept, the OL don't pass defenders off to each other well (see Whitlock, Colby), and we default reach block our zone play with eternal extension on 85% of our carries rather than seeking to turn and seal. We grabbed it from the Broncos because Davis saw it as a quick cure-all to the running game without Vince. Its simplicity doesn't take precious practice snaps from the passing game. However, it's the most rep intensive chemistry dependent blocking scheme in football if you want to do it well. Our counter play (that isn't a counter) can be decently executed though on a half dozen occasions I've witnessed the back attempt to hit the hole as the guard gets there for the kickout on the playside DE. Or runs directly into the back of the pulling tackle before he's even had a chance to square his pads on the inside pursuit. That doesn't happen at Austin High after their second week of two-a-days. If we want to run up a lineman's ass before he even has a chance to block the defender, why don't we just throw down some soap in the shower? This is roughly equivalent to hitting a triple and then trying to pass John Kruk on the basepaths. We know you can. But it's bad for your offense.

3. Variation. We've got four plays. We run two of them consistently. The zone play has two fairly obvious creases we're looking for - a quick cut inside the OT/OG gap and in an extended alley outside with a seal (see all Jamaal Charles long runs). That's a read easier than Curious George. If you don't study it (see Missouri's D) we can have success. Or if you're just freaking tired (see OU, CU) we can break one. You can also stop it by automatically slanting your line opposite the side the back lines up on. That's why reverses work so frequently for us. We're primarily a passing team yet we have no lead draw play. No base play where we let our guys fire out and drive block.

4. Personnel & Scheme. Tech and OU have a consistent vision for their OL. OSU has a vision for their OL. Do we? Tanner is a finesse guard with solid mobility and athletic ability but is not great at the point of attack. Cedric Dockery is a mobile athletic guard with decent feet and is OK at the point of attack. Ulatoski is a pass protection specialist who isn't great at the point of attack - he's got good feet and is solid at screening though. Hix is a mauler with limited lateral mobility who hates reach blocking. Huey is a mauler with limited lateral mobility who hates reach blocking. Hall is a mauler with limited mobility. If we want to go zone blocking, get a bunch of 290 pound dudes with great feet and active motors. If we want to be a physical base block team, let's fire out and move piles with big bastards: Huey & Hix are your guys. We're a mixed bag of personnel without a cohesive philosophy. The same thing extends to our running backs - we recruit Jerrell Wilkerson, Vondrell and Fozzy; yet we also recruit Darrell Scott and Whaley. That's like recruiting a running QB one year and a passing QB the next. Oh. We've done that too.

5. Willingness to Change. Greg Davis loves the passing game. Mack Brown loves the running game. I'm cool with either. I just want to be able to run just enough - in short yardage, when teams don't play us honestly, to slow the pass rush. McWhorter is caught somewhere in the middle. McWhorter is not Tim Nunez - he understands major college OL coaching. He's competent. However, he is also an old school no dissension stiff upper lip guy unlikely to challenge Davis and tell him what what we're asking our kids to do is philosophically incoherent and robbing them of their natural aggression. Applewhite is an extremely bright guy who might just have that conversation, but I don't have a gauge for his understanding of the mechanics of the running game and he may need more skins on the wall in order to challenge his mentor.

I don't have an easy solution. Despite this, we're certainly having a great year. Clearly, we're a pass first football team and I'm comfortable with that. However, I am confident that we won't reach our full potential as a program until we learn to run the ball without a Heisman trophy winner at HB or Jesus-in-cleats running option at QB. 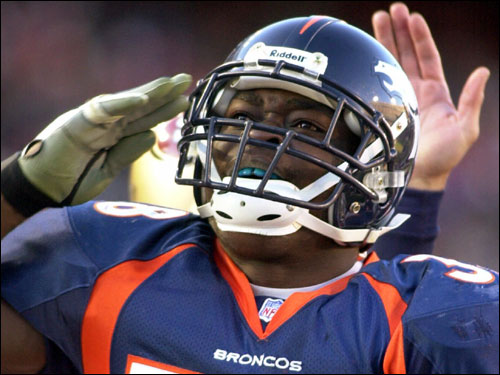