If you're ever in doubt about what to do with an extra football scholarship, find a West African.

Chris O. leaves Texas as a 4 time Academic All Big 12 selection, sports two undergraduate degrees, and holds the single season reception record for a UT running back (46). You have to love the work ethic and maturity guys like Chris O, Orakpo, and the Achos bring to the program. 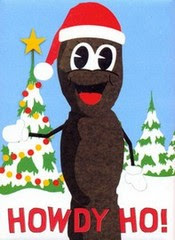 George Brett wants to share his coprophilia with you. This captures the lazy goofiness of baseball and the defecatory decadence it breeds. Did you notice that Brett was also far more into telling his story than his audience was in receiving it? You have to love his last line: "Uh, whose the pitchers in this game?"

A very good interview with Chris Ogden (according to Barnes, the weakest Mr Basketball in state history) by Gerry Hamilton about next year's team. Give it a listen.

Finally, OU and cheating go together like old Trans Ams and cinder blocks, but the Sooner administration is cleaning house. Oklahoma is cracking down on wrongdoers and this time they mean it!

As many of you know, social networkers were responsible for smuggling AK-47s, cocaine and steroids into OU dorms in the 80s, demanded that Kelvin Sampson text recruits more than a Spring Break hook-up, have set up elaborate pay-for-play programs with the tacit approval of the athletic establishment since 1952, and bought Adrian Peterson a Lexus. Barking Carnival applauds the Oklahoma administration for their swift and decisive action against the blogosphere menace.