Share All sharing options for: 2009: A BCS Championship Game Oddity

Wow, did I misread this game - Thoughts on OU Florida.

I really thought it would be a shootout.

It wasn't. OU went into the game averaging 54 ppg, and was talked about as the greatest offense in college football history. Hyperbole? No, that was the idea before the game...

And then OU laid an egg...a big egg. The team that had been averaging 54 points per game (ppg) scored 14. The offense that averaged 550 yards per game managed less than 360. So, OU dropped off 70% from their scoring average. That happens in BCS games, right, because of the tougher competition?

Is a 70% dropoff by perhaps the greatest offense ever extreme? Remember, if they only drop off 50%, they win the game. How have other great offenses done in BCS or Bowl Alliance Championship Games? Let's see...

These four teams averaged 51.3 going into their bowls, and averaged 42.8 in their final games, a 16% drop off.

You have got to be kidding me.

What explains the OU collapse? I'm going to list a bunch of possibilities, but would like to hear which ones you think are most apt-

1. OU sucks (got that out of the way).
2. It's a gadget offense, and sound defenses shut it down.
3. No Big 12 refs in the BCS CG, so holding was called, crippling the OU offense.
4. Florida has an amazing defense and played the game of the year.
5. The SEC is that much better.
6. OU choked, really, really badly. and...

7. DeMarco Murray didn't play. This one is Stoops fave.

Let's examine them, item by item.

1. Yes, OU does suck, but they have always sucked but yet managed to show up for bowl games before. Discount this one as a reason.

2. It's a gadget offense? There may be something to this one. The OU offense relied on going no huddle, and keeping opposing defenses from adjusting with personnel and alignments. Teams with less depth were run out of gas in the 2nd quarter. The two most talented defenses OU played were able to shut down the Sooner offense for long stretches (UT held OU to 7 points in the last 25 minutes of the RRS despite having no more than one upperclassman in the secondary at a time). Gadget offenses do underperform against better teams.

3. No Big 12 refs. OU was called for holding once in the 1st quarter, negating a long completion. Perhaps this hindered their usual blocking schemes. Certainly, Florida managed to get even more pressure on Bradford than even Texas. I am a believer that the Big 12 calls holding differently than other conferences in an attempt to drive up scoring and TV ratings. There is a lot of evidence to support this, usually from bowl games. If true, this will handicap Big 12 teams in BCS bowl games.

4. Is Florida's defense so good that they could stop the best offense ever cold? Florida was allowing 13 ppg going into the BCS CG. That's very good, but not amazing. They had given up 31 to Ole miss, and 19 to the Citadel. Their 2001 and 2006 defenses were similar. If OU's offense was as good as advertised, this very good Gator defense should still have allowed 30 or more.

5. Was the SEC that good? If so, explain Utah scoring 31 and Tech scoring 34. The SEC had some very good defensive performances in bowls (LSU holding GT to 3, and Georgia holding MSU to 12), but the lesson from these scores is that sound SEC defenses can shut down unsound offenses (Hmmm...).

6. Did OU choke? Heh, heh. I think we know the answer here. here is the breakdown for scoring performances in Big 12 games (home and away), games against opponents from BCS conferences on the road (i.e., not Big 12 crews), and bowl games for Brown, Stoops, and Leach.

Hmmm. OU consistently underperforms in bowl games. Is that because they play in more BCS games, against better defenses? Partly, but not totally. I did a quick check of scoring defenses, without taking out the bowl game results. The average OU bowl game opponent from 1999 - 2008 gave up 17.1 ppg. The average UT opponent over the same period gave up 21.4 ppg. This makes a 3.7 point difference in scoring defense, which would be reduced if you took out the results of the games (UT scoring over 50 on ASU ran them from 19 ppg to 22.5 ppg, and OU scoring only 10 on Arkansas in 2001 reduced their ppg from over 24 ppg to 23 ppg). Michigan in '04 was not an effective defense (23.3 ppg), but tOSU last year was (14 ppg). 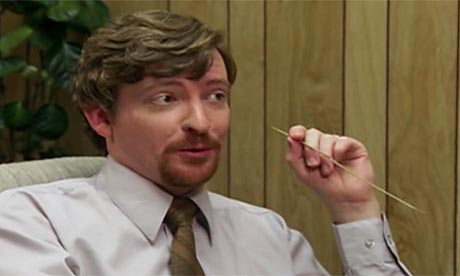 So, what explains the offensive meltdown? Three primary reasons, in my opinion, are that the no huddle aspect makes the offense seem much better than it is, that OU is used to blocking to relaxed Big 12 standards that don't apply in bowls, and that Stoops just doesn't do that great at preparing for bowl games.