Vince Young is a Black Dude

Share All sharing options for: Vince Young is a Black Dude 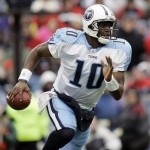 that the current Tennessee Titans backup quarterback, Vincent Young, is secretly African American. Allegations of suspected blackness have followed the troubled young quarterback throughout his career; his jocularity, frequent idiomatic usage of the word "dog", the alleged treatment of the playbook as if it were the Voynich manuscript, indeed there has long been a consistent buzz around Young that he may, in fact, be a black dude. Multiple NFL sources have speculated directly on the subject in print media and blogs. To date none have been confirmed, but that may have changed in the last few weeks. Said Adam Schefter of the NFL Network recently "If you spend a lot of time with Vince, really get to know him, put in the effort, you almost get the feeling he's not Jewish. Tiki and I were just talking about it the other day. Not a big tsimmes, but it's hard to explain."

Teammate LenDale White refused to comment, stating "I ain't saying he is, or he ain't, you know. Vince is Vince" but others are starting to question as well. From a recent interview with Jeff Fisher, Young's current head coach:

[Fisher] "I first started to suspect something after Kerry got hurt black powder hunting down in Bucksnort last year. He was only out a few days but Vince came up and asked me what that was."

[Chris Mortenson] "What black powder was?"

Perhaps more damaging is the video footage recently released which confirms that Young, among other things, is capable of dancing and verbally rhyming to a rhythmic set cadence. When asked about the incident Young confirmed that he was indeed possessed of these self-termed "angry skills", then proceeded to extoll his support for one William Dennis, a known African American and purveyor of the gangster genre of music, which is known to cause susceptible River Oaks teens to attempt to install bass cannons in their dad's Audis without permission.

Young's response to these allegations remains a mystery, mainly due to translational issues, so we've attempted to render them in graphic format for clarity. 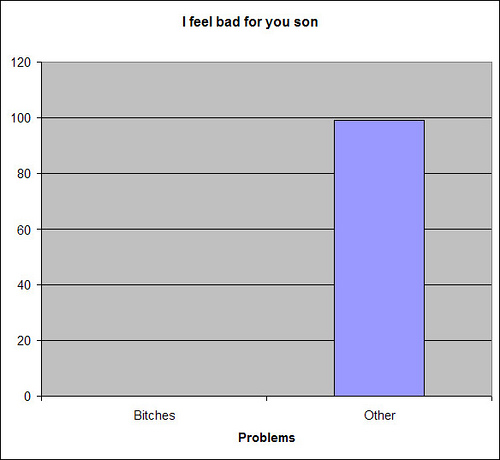 It's not clear what this means, nor how Young will cope with this most recent setback; efforts to encourage him to listen to John Mayer or enroll in Cotillion have been rebuffed according to insiders. Not all in the Titans camp have given up on him though, owner Bud Adams released a statement citing "his continued support for Mr. Young..." Said Adams, "I also support the ghetto boys, and all the ghetto children, the little guys Elvis sang about. I'm proud of Vince's community efforts..."

Whether or not Vince can gain back the trust of his fans remains to be seen.