With only Game Three of the championship series left to play, all games pitting an Eastern team versus a Western team have been decided. 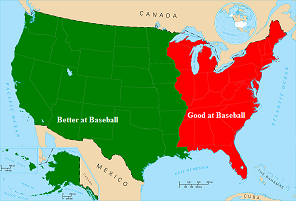 A review of the results from this season: