Missouri's Sean Weatherspoon - All-American LB from Jasper, TX is The Most Interesting Man in Columbia

Texas never recruited Weatherspoon, mostly because we consider deep rural East Texas to be out-of-state and the idea that there is a honor student football player from Jasper was Loch Nessian in its believability. Besides, if a player really wants to come to Texas he should camp out on Bruce Chambers' lawn and burn a Bob Stoops dummy in effigy. It's not like we're going to actually drive to see you.

Because Sean is from Jasper and speaks in the patois of youth, I may translate for you from time to time. Spoon, unfiltered:

@sherrodharris what's good bro? I see u on the tweet game!

Not a strong start. He props 3rd string UT QB Sherrod Harris for street cred - a D list athletic celebrity, sort of like name dropping Gilbert Gottfried at a Hollywood party. I know this is Missouri football and that you guys don't move with the West Egg crowd, but c'mon, at least pretend that you know Terrelle Pryor.

Hit the barbershop, fresh steve harvey edge up! Not a stain on me!

Spoon just got a haircut. Steve Harvey is a well-dressed black humorist. I think he's also saying that at no point in the haircut did his barber ejaculate on him. So we've already lost Sailer Ripley's interest.

Super Nintendo Sega Genesis, when I was dead broke man I couldn't picture this! B.I.G. My favorite

Super Nintendo Sega Genesis. Damn. You've made it! Took a whole of tuhhryyiiin' but we finally got up that hill.

In class, time to learn lol

just finished a stellar workout, hit 475 on the bench easy, almost hit 500, gotta get it soon! 50 days until I squeeze the pulp out of Juice 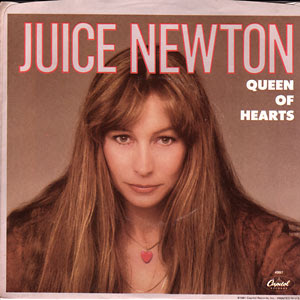 Still, I love it. Could you imagine our risk averse SID department allowing Sergio Kindle a Twitter feed to talk shit to opposing QBs? All you need is a cellphone and a...on second thought.

My momma just said, " if u don't get that quarterback from Texas then I'm gonna get u!" my moms be on it

You mean the starting QB for Texas that scored 56 on you last year? Or the backup you twitter-flirt with? The only things your moms be on is ketamine.

My momma just said, " if u don't get that quarterback from Texas then I'm gonna get u!" my moms be on it

He posted this twice. His momma is serious. Well guess what, Mrs. Weatherspoon? You sure your son and his 475 pound bench press wants a piece of this?

That's what I thought

He's only human. Flesh and blood. A man.