Share All sharing options for: The DJ Grant Revolution

About 14 years ago I went to my first middle school football practice. The coaches marveled at my ability to catch a football and line up in a Sears catalougesque three point stance. Then they watched me run.

"He'll be a good tight end," they said, because that's where you put the kids who weren't fast enough to carry the ball or strong enough to block for the fast kids. I was the little league right fielder of my team.

I didn't make it past 5th string in high school, so I certainly proved those coaches wrong. I was not a good tight end. I was not a good football player. I had no definite place in the game, and because of that, I ended up in a bottlenecked purgatory with the other kids who would end up on the golf team.

It used to be that a TE was asked to block, and, if possible, try to stay out of the way of the WRs zipping around the field. Just stand in a gap and don't fall over when/if the ball came his way. Even now, with the spread, runners and catchers have seen their stocks rise. Only rarely is it discussed why their jobs are easier, and even when it is, the answer is so multi-faceted that parts are left out.

The spread has done two things to defenses. It's made single coverage and gap assignments more important than ever, and it's made everyone smaller, as evolution tends to do. The TE stands as a large beneficiary of both:

1) Spread football is about mismatches. Make everything a 1 on 1 and exploit your advantages. Since it's rare to find a safety who can play run support or a LB who can cover, modern offenses always have something to exploit at it's hinge. You run with an extra blocker against 6 men, pass with an extra receiver against 8, and can do either against 7. A good TE is like playing 12 on 11.

2) TE's used to be asked to block end and linebackers. Not today's linebackers, the old kind who had more in common with boulders than safeties. Having a TE who could handle that assignment was a boon, like having a 6th OL, but it was rare. Having one who could block and remain a viable pass catching threat was even more rare. Now, with spin downs, extra DBs, and zone schemes that rely on quickness and technique, TEs (even WRs) can block just about anybody. Have a receiver who is too slow to crack the two deep? Teach him to block!

Almost overnight TEs went from a luxury to a crucial aspect of any respectable attack. Jeff Tedford, who has built his entire reputation on putting shitty QBs in friendly systems supported by this TE arrangement, has seen his star fall by the absolute dilution of his style of offense -- if everyone had Picasso's talent, there wouldn't be a Picasso. Now, with more superstar TEs than ever before, more offenses are waking up to the benefits.

Putting aside for a moment Blake Gideon's epic Buckner moment, losing Blaine Irby was as big a blow to the 2008 campaign as any single moment that year. It left us with a couple of guys who can't catch and ruined any advantage to be had (Although, credit where credit us due -- using Shipley as a flex TE in 4 WR sets was a masterstroke that saved our season. We don't beat OU without him in that role. However, it highlights the importance of EVERYONE on an offense being a threat). This season we have a bulked up DJ Grant, who is a dynamic, game changing receiver. As a blocker, he is a dynamic, game changing receiver.

But how good a blocker do you really need to be to run this scheme? We have a decent QB who connects on a decent number of short throws, so it's not unreasonable to expect we can sustain drives through the air. If you can put Grant on a LB, that is as easy a 4-5 yard gain as any run would be. If they make a personnel move to take that away, the defender will have to be small enough to keep up with Grant, and in turn becoming vulnerable to the run.

That's the new football. There are still players so good that you can't scheme them, but there are more and more teams who can beat you by putting the right guys in the right place. As Tedford is finding out, a money offensive scheme won't make you king of the hill any longer. The difference from 7 wins to 10 will go from QB play and explosives to who has the most dual-capable players on defense. Who has the DE that can rush the passer and play the run? The OLB who can cover and hit? New football still needs coverage more than ever, 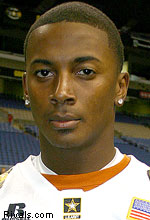 but needs CBs who can play the run and tackle as well. 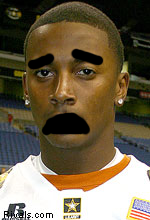 Those players are mostly confined to the NFL. There are only so many to go around, and more athletes are ending up on offense, where one player can make a bigger difference. In 1984, Brandon Pettigrew is a DE. In 2008 he is the very best of both worlds, basically forcing the defense to have a all-American caliber safety.

It's an era of big passing numbers, but even bigger balance. Most every team can run 40 times or throw 50 if it needs to, simply because the threat of the other is always in effect. The tight end is the second most important enabler of this trend. Can DJ Grant block well enough to see the field? It may be more a more important question than you think.