Share All sharing options for: Gameweek is Finally Here - Three Things to Watch 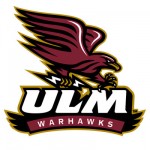 The eight-month wait is finally over as we've arrived at the first gameweek of the 2009 football season. In a game like the Texas season opener against the Louisiana-Monroe Warhawks there is typically not much to pay attention to as the Longhorns use the outing as a warmup and exhibition of sorts. For our offense, that should hold true this year as well as the Warhawks struggled on that side of the ball last year and our offense returns nearly every key component from 2008. But we should have some things to focus on when on defense, so other than the rumored new introduction/player entrance video, here are a few things to look for based on last year's performance and roster turnover for both teams. 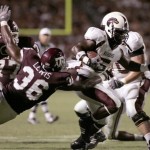 As discussed in our statistical review of the 2008 defense, Texas' ability to stop the run was vastly overrated by most talking heads because of the lofty ranking in rushing yards allowed per game. The #3 ranking in that stat belied the truth - the Longhorns were merely average in total rushing defense on a per carry basis. And while you normally don't expect a stern test from a directional Louisiana school on the ground, the Warhawks were in fact above average in running the ball in 2008, ranking 46th nationally in total rushing per carry. Louisiana-Monroe also returns both of their leading rushers, including the pictured junior Frank Goodin, in addition to their entire starting offensive line. Based on last year's numbers, in fact, the Warhawks would be expected to average 4.58 total rushing yards per carry against Texas. That kind of rushing performance from an outmatched season opening opponent would normally cause serious consternation for the Longhorn fanbase and probably would this year as well. Truly understanding the matchup, though, would make such a result less surprising. However, the goal is to improve so I'l be looking for less than 4.0 for the final number there and would call anything under 3.5 total rushing yards per carry a successful opening performance.

While the Warhawks' offensive line helped them to a successful year running the ball, they did not hold up nearly as well in the passing game. In adjusted times sacked per pass attempt ULM ranked a dreadful 105th out of 120 FBS teams. With Brian Orakpo and Roy Miller gone, I will be interested to see what the Texas pass rush looks like this year understanding that the full complement of stunts and other rush packages won't be unveiled. Our rushers should be able to beat this team in the vanilla one-on-one battles they are presented. Last year the Longhorns averaged an adjusted 1 sack out of every 10 pass attempts faced and the Warhawks allowed sack on around 1 out of every 12 attempts. The year of experience should help the ULM line in this regard but I'll still be looking for their quarterback to be running for his life. 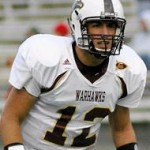 Speaking of their quarterback, they'll be breaking in a new starter - Trey Revell (pictured). Their previous starter was there for three years and while their passing game was not particularly explosive, they protected the ball well. With #37 rankings in both fumbles per carry and interceptions thrown per attempt, the Warhawks ended up 25th in the country in fewest turnovers per play. Meanwhile the Longhorns finished only 90th in the nation in turnovers forced per play including the anemic #115 ranking in interceptions forced per pass attempt. Against a team so overmatched athletically Texas must begin their improvement in defensive turnovers this week. Last year began with a single interception in 133 attempts by our opening three midmajor-type opponents. To take the next step this year the defense has to create more game-changing plays and against an opening opponent like ULM breaking in a new QB I'll be looking for at least 3 turnovers Saturday and hopefully a couple of interceptions if they throw the ball at least 30 times.