College football viewership was up across the board in 2009, with CBS and ESPN enjoying their best ratings in over a decade.

Overall, the networks carrying college football (ABC, CBS, ESPN, NBC, Versus) saw an average viewership of 3 million, up about 100,000 from the year before.

CBS saw its 15-game SEC lineup average right at 7 million viewers per telecast. That was one and a half million more viewers per game than the 2008 season. Meanwhile ABC saw a slight decline overall as they averaged 6.1 million viewers.

The SEC championship game was the most-watched college football game of the season. Just over 17.9 million viewers tuned in to watch Alabama dismantle Florida.

This years SEC Championship game is the highest rated in conference history.

As might be expected, the Big 12 Championship game is the second-highest rated college football game of the season behind the SEC Championship.

ABC's highest rated prime-time game was the OU-Miami contest, which drew 7.8 million viewers., but it didn't rank second to the Texas-Nebraska contest for viewership.

Texas 16-13 win over the Sooners drew 8.7 million viewers, despite having an early Saturday kickoff. 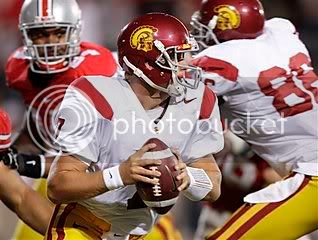 This years USC/Ohio State ranks as the most-viewed college football game ever on ESPN, regular season or postseason.

The Thanksgiving game against Texas A&M drew 6.7 million viewers for ESPN, easily the highest-rated Thursday night game of the year.

The Horns 49-39 win over A&M ranks as the third most-viewed college football game of the season on cable, behind only Miami/Florida State (8.4 mil) and USC/Ohio State (10.6 mil) on ESPN in September.

Notre Dame's $9 million check from NBC was a little easier to write for the Peacock Network this season. The Fighting Irish saw ratings increase for the second straight season, averaging 3.2 million viewers in 2009 -- an increase of over 500,000 from 2008.

And when the Irish play on another network, they are still a top draw. 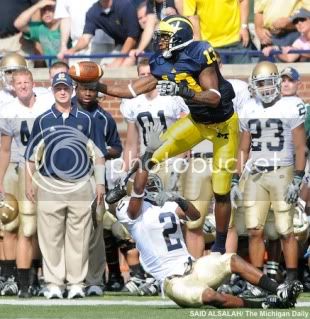 Michigan's dramatic win over the Irish finished just behind Texas-OU with 8.3 million viewers.

The Notre Dame-Stanford game drew 7.2 million viewers in primetime for ABC, just behind the OU-Miami contest.

There were a few Saturdays when the networks went head-to-head with national broadcasts, and there were some interesting contrasts.

September 25
ABC Miami vs. Virginia Tech 6.1 million viewers
CBS Arkansas vs. Alabama 3.6 million viewers*
*Those who think Arkansas would be a good replacement/addition to the Big 12 may want to think again.

Which game was the lowest-rated national telecast this regular season?

The Nebraska-Colorado contest the day after Thanksgiving drew less than 2.4 million viewers.