Avatar: It's Not Your Father's Ham-Fisted Allegorical Morality Play!

Share All sharing options for: Avatar: It's Not Your Father's Ham-Fisted Allegorical Morality Play!

So I finally made it to see James Cameron's new 3D adventure epic and the majority of you have likely already done so as well and formed your own opinions. Now I'll give you the right answers. First of all it's absolutely essential that you not only see this film in the theatre but also that you see it in 3D. Be forewarned though that 3D glasses look nothing like thye used to, completely foiling my one's plans to wear them around in public like a 1950's street tough.

That guy just interrupted our finger snapping A capella jam session! Get him!
That aside, to experience this film the way it was meant to be and to get an understanding of why it's something of a phenomenon, it's absolutely necessary to see it in 3D. James Cameron remains an unrivaled savant in the technical aspects of his craft and it's truly remarkable that that's still the case some twenty five years after The Terminator. In fact so visually stunning and engrossing is the film that it makes some of you emo fucksticks cry when you go home. Look, it's too bad real life isn't like in the movies but most of us came to terms with that after the first time we had to actually clean the pool/fix the cable/go to jail for delivering a pizza with no pants on. Such is life and public indecency statutes.
The marvelous look of the film also makes me wonder if we won't soon be abandoning all these HDTV's we've just purchased for the 3D versions. Film studios are making an ever larger percentage of a film's revenue from home video options and that's going to be tougher to come by for the many new 3d films now arriving as that's such a major component in drawing an audience to a film. With Avatar that's probably even more true than it will be for most 3D features.
Because the story is a groaning, eye-rolling retread. How about Dances with Samurai? Maybe with a little Thunderheart sprinkled in on top as well since the the native peoples have super powers. Just like APACHE CHIEF! 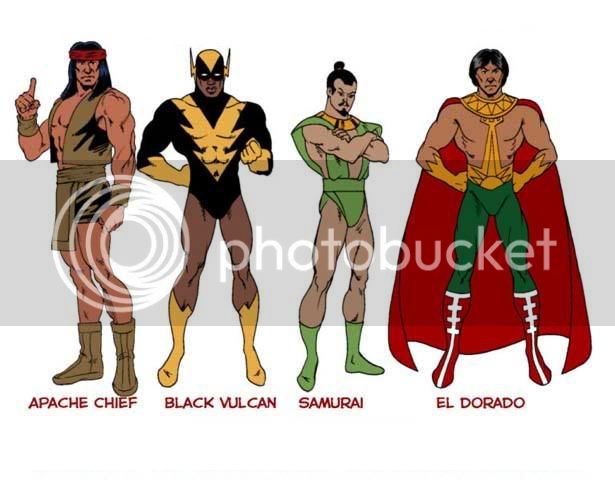 Look guys, all we're saying is that there seems to be some money missing from the Hall of Justice change jar and if it happens to show up on the table when we leave the room there'll be no questions asked.
Once again we have two cultures with one being good and the other evil and we need not trouble you with any complications there. The personifications of militarism and corporate greed make their necessary appearances and are entirely unsympathetic and one dimensional but don't worry! We gratuitously slaughter them and many of their grunting unenlightened male minions for your viewing pleasure! As always there's at least one or two of us pasty white dudes with the sense to buck the system, give The Man the finger, take up the native ways and become the savior of those noble savages. Fuck yeah! It almost makes you wonder what dark skinned people would do without disestablishmentarian white people. And I stress you. James Cameron, Kevin Costner, Tom Cruise and I know they'd be boned.