This is the fourth in a series of posts that will review the 2009 season (as well as 2008) from an adjusted stats perspective.

During the 2008 season the Big 12 conference, and in particular the Big 12 South, had an extraordinary year. The focus of this success seemed to be in offensive production, which led to the standard debate about whether it was good offenses or bad defenses. This debate has always seemed unfair to me at some level as conferences that average an inordinately low number of points per game are always assumed to have good defenses instead of poor offenses. Taken together, the standard media theory appears to be that defenses are all that matters in football and the scoring environment is determined pretty much solely by their ability regardless of the offenses’ ability. With the adjusted stats we could now compare teams more logically based on their opponents’ strength.

But there seemed to be more to it than that. Watching plenty of Big 12 South games that season there was something else that became very obvious (other than the fact that the Big 12 called far fewer holding penalties per play and passing attempt that season than any other conference); the teams seemed to play at a much faster pace. Oklahoma seemed to snap the ball with at least 15 seconds left on the play clock every down and the others weren’t much slower. With the media’s focus on points per game and yardage per game totals, wouldn’t having more snaps per game affect that disparity?

So I ran the numbers on a straight average basis for each conference for both the rate and pace stats. Without wasting any more time talking about them, the results for both 2008 and 2009 are given in the following tables. I’ve gone ahead and included power ratings as a category given that overall conference strength is also a frequent topic. The independent teams were included in the normalization calculation but are not included in the tables. As it turned out, Oklahoma was actually an oddball; the Big 12 as a whole was not nearly fast paced in 2008 as the Sooners. But Oklahoma’s success with the strategy apparently prompted their conference brethren to pick up the pace.

Looking at the tables, the Big 12's ridiculous performance in the offensive passing game in 2008 stands out. It was a combination of a lot of good passing offenses along with, in my opinion, tacit if not explicit approval of holding in pass protection from the league office. The Big 12 called over 25% fewer holding penalties per pass attempt than any other BCS conference in 2008. When the rate of holding calls moved sharply back to the mean in 2009 (along with injuries to and graduation of star quarterbacks) the league's passing performance dropped sharply. Other notes are that the SEC is indeed the best defensive conference but probably not by as much as many believe. Now it's off to Disney World for the Huckleberry clan. Wish us luck. 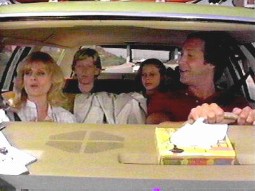