Listen, I realize that this news is a few days old, and I'm sure everyone has heard this by now, but I'm shocked that no one else has put up a post pointing out the delectable farce that is the continued existence of Houston Nutt.

Specifically, in this instance, the Jeremiah Masoli situation at Ole' Miss. So, the NCAA has denied Masoli's waiver to play without sitting out a year. The rule in question was intended to allow student athletes to continue playing if they still had available eligibility while pursuing a graduate degree and continuing their education. A noble intent, and naturally it has been perverted and twisted by certain coaches like Houston Nutt, a man so slimy and unsavory that convicted sex offenders stand up and change seats when Nutt sits down beside them on public transit. Or perhaps a church pew, since the Right Reverend is a religious man.

Let's just take a quick gander at the quotes that issued forth from the mouths of Masoli and Nutt at this news, impossibly enough without even a hint of irony.

"I'm just shocked and disappointed," Masoli said. "I've done everything I can to follow the rules."

Everything except for that second degree burglary charge (plead guilty) awhile back from breaking into a fraternity house to steal laptops and piles upon piles of wrinkled khaki pants, two items indigenous to frat houses. But what, you say? Certainly this must be a one off scenario? Except for the 3 months he spent in a juvenile facility in 2005 for, again, robbery.

And let's not forget the coup de grâce at Oregon, getting pulled over for a simple failure to stop when an officer discovered he was driving with a suspended license and had a bag of sticky-icky on his person. But other than those things, this guy has never done anything but follow the rules. Certainly we should not inhibit a kid attempting to continue to improve himself through education. His degree at Oregon was in Sociology. So what is the natural progression of education he's pursuing at Ole' Miss? Is it a logical fit like a doctorate program, or perhaps something in education or psychology? No, it's fucking Parks and Recreation.

But let's not stop there. How did the Right Reverend respond to this news?

"There is no question in my mind Jeremiah is in the right place," Mississippi coach Houston Nutt said. "We're in the people-helping business. I want to plead with that subcommittee. He's done nothing but what he's supposed to do."

I won't even touch the whole What-He's-Supposed-To-Do Part. I'm pretty sure we covered that in Masoli's rap sheet of Good Intentions. We're in the people-helping business? Mitch Mustain begs to differ, Houston. In fact, upon reading this, every single blood vessel in both of his eyeballs exploded and he stroked out.

Perhaps THAT was an outlier as well. Certainly a man who so vocally devout (feigned) about his faith must have an excellent track record for turning around troubled athletes? Oh.

"When he was the head Hog at the University of Arkansas, star players such as Kenny Hamlin and Cedric Cobbs found themselves in the middle of legal trouble. For Hamlin, it was multiple DWI’s. For Cobbs, a possible Heisman candidate at the time, it was a DWI involving marijuana. Neither player was suspended for a single game. In 2004, Jimarr Gallon and Sam Olajubutu were arrested within a week’s time for essentially the same offense. Gallon, a senior role player, was dismissed from the team. Olajubutu, a rising SEC star as a sophomore, was suspended for a single game."

And that doesn't even include the other shining star of his time at Arkansas, Matt Jones, cocaine addict and all-around deplorable human. Yeesh. And lets not forget the entire scandal with him having an affair with a news personality that got him run out of Arkansas faster than shit through a goose. Clearly, this guy is an upstanding individual. If upstanding were a euphemism for infant rapist. 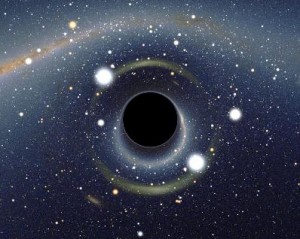 Nutt did get one thing right. It's obvious to anyone with even half a brain that Masoli is in the right place. These two are perfect for each other in that they both should be covered in molasses and fired into a 20-foot-high mound of amazonian bullet ants.

Also, I'd like to give a hat-tip to the NCAA. I'm not sure what the hell has gotten into you lately, but I'm all for it in regards to calling bullshit first on USC and Reggie Bush, and now on this theater of the absurd.