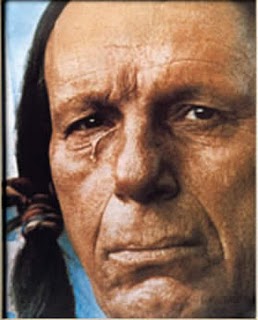 OKLAHOMA CITY (DR) -- Legislators, judges and athletic department directors are scrambling this afternoon to determine whether the results of tonight's football game between the 13th-ranked Oklahoma Sooners and the 9th-ranked Oklahoma State Cowboys will be recognized under a new and controversial state constitutional amendment.

The new amendment SQ 755, which passed popular referendum on Nov. 2nd by a 70-30 margin, prohibits the State from recognizing any form of international law. While the intent of the law was to prevent the use of Sharia law in Oklahoman courts, concerns have arisen that the wording of the law also bans treaties with Native American tribes, which would be problematic since more than 40 native tribes currently live in the state.

In news that rocked the statehouse, several witnesses testified today that Sooner Nation is, legally speaking, one of those tribes.

When asked about the native status of the program, one assistant coach said, "We made the changeover last year. Stoops saw how Leach and Mangino went down, how the NCAA woke up and started penalizing programs, and he knew the dots would eventually be connected to him."

"He asked the guys at the law school to find a permanent solution. And that's how the Sooners became Native Americans," the coach said, with apparently no trace of irony.

Multiple sources have confirmed that the new Sooner Nation considers football practice to be its top form of religious rite, sacred and inviolate to the Sooner people. Under the Sooner Nation treaty, behaviors such as four-a-days and being forced to swallow one's own vomit are now protected under the First Amendment and tribal law.

Matters got even more complicated this afternoon, when an assistant coach noted in a moment of pique that Sooner practice rites draw from a multitude of religious sources, including Sharia Law itself.

"I mean, we're not picky," the assistant coach said. "We're always looking for new ways to turn our kids into compliant killer sheep. We want that quality Manchurian Candidate response, and we're open to new um, 'methods'. No sense being stuck to the Army Field Manual when you've got this whole world of religious motivation out there. So we practiced barefoot on hot coals...we forced kids to sleep on beds of nails...we did a weeklong EST mindfuck, followed by Clockwork-Orange-style brainwashing. And yeah, we've tried Sharia Law."

"Steal a loaf of bread, and we cut off your hand?" The coach chuckled. "Say what you want, but them Muslims know how to motivate."

The Oklahoma Tea Party could not be reached for comment, though family members have stated concerns about an impending mass suicide.

Since the new amendment has been blocked from implementation by federal courts, tonight's game is likely to go on as scheduled. However, if the law is allowed to stand, the legal status of tonight's outcome - and the whole Sooner Nation - is up in the air.

As one legal expert from Texas said, "What kind of law are they teaching up there? Don't they know that the University is a state-owned school? Right now, legally speaking, Sooner Nation is just a bunch of know-nothing immigrants trespassing on state land."

When asked about this complaint, Sooner Nation had a one-word response: "Tradition".

Nonetheless, future Sooner games may need to be moved off-campus in order to comply with the language of the new amendment. Several sources confirm that negotiations are ongoing with the Cherokee and Choctaw tribes to hold Sooner games on their lands, starting in 2011.

When asked about the propriety of allowing the Sooners - a team named after the people who stole their land, now pretending to be a Native tribe - to play their games on Cherokee soil, Chief Running Fox gazed deeply into the far-off distance, a lonely tear running down his face.

He sneezed and wiped his nose. "Sorry, allergies. How much are they paying us again?"