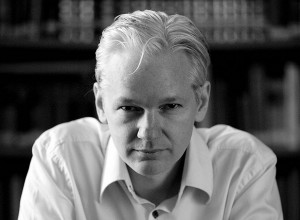 Over the past few days there's been a bit of "meta" discussion on the Longhorn blogosphere about whether it's proper to publish coaching rumors. No, there's no fighting, and not even a discussion really. Just a few impassioned viewpoints on the subject (see Peter Bean here and our friend in Jesus here).

This isn't my bag, mostly because I don't do *ahem* news (pinch the nose, wave the hand, haughty look). I do sourceless observational asshattery, and strictly. So my own conduct is not at issue. Plus, I admire the work done by all sides and I appreciate the arguments presented. Everyone actually has a good point.

But in another sense I also think there's an unrepresented perspective, so I'd like to add my two bits before the conversation dies on the vine. To illustrate what I mean, let's look at a more serious issue: Wikileaks.

For those of you who don't follow the news as obsessively as I do, the website Wikileaks recently published over a hundred thousand "secret" documents, mostly from the U.S. State Department. I put "secret" in quotes because the main things we've learned are:

* China thinks Kim Jong-Il is batshit insane (like I do);

* The Saudis pretty much loathe Iran's leadership (like I do); and

* Muhammar Qaddafi travels with a voluptuous Ukrainian nurse and a personal armed guard of 40 women (um...like I do?)

And that's about it, so far.

What are we to make of this document dump?

First, consider the information. These documents are all low-level state secrets - stuff that won't likely put anyone in danger by making it public, but might embarrass a diplomatic envoy and thus might hinder some diplomacy efforts. Der Spiegel reports that up to two million people (!) had regular access to these documents; though that number is contested, suffice it to say that hundreds of thousands of people probably had access. Also, it should be noted that these documents are all internal correspondence, meaning that we don't know if these weak-tea "revelations" are even true - heck, they may not even accurately reflect general belief within the State Department. All we know is that some person told some other person that they're true. It's totally unverified (and practically unverifiable) information that sounds true because, well, it makes sense. And it comes on official-looking stationary.

Next, consider the sources. In particular, if these documents really don't say a whole lot, why did Wikileaks release them? Well, Julian Assange (founder of Wikileaks) is a hacktivist hero. Hacktivism is a growing ideological movement, increasingly popular amongst nerdy pale blond men from Northern Europe, which asserts that all information should be set free. By "all information", I mean ALL information - everything from proprietary software to state secrets should be made free to the public. And I mean "free" as in actually available to anyone that wants it (as in "free beer"), and not just theoretically allowed under certain conditions (as in "free speech"). It's a pretty extreme standard, and people who live by those principles are loathe to moderate them. Generally speaking, that's the labor pool behind Wikileaks.

The original source of the documents was probably a like-minded State employee, but who knows? Assange himself probably doesn't know, and in any case he's not telling. Maybe it's a spy. Maybe the source is actually only interested in making one critical document public for political purposes, and buried it in thousands of others as a smokescreen. So it's certainly possible that Assange could be someone's unwitting tool. Given the apparently huge number of people with access to the documents, it's anyone's guess.

So let's pull back for a sec and look at the situation more generally. We have information that's not really essential for public knowledge, that sounds plausible but comes with no tangible proof, coming from an anonymous source who may have ulterior motives. For those of you that read Peter Bean's piece, hopefully this description rings a few bells.

So is this Wikileaks dump a newsworthy story? Is it worth publishing?

Let's review. First, you can't make a sex tape with ANYONE if you're remotely famous and even vaguely hot. Second, you can't tag a picture of yourself smoking a big fat blunt on Facebook and show it off to the world, and then expect to pass a tough employment screening. And finally, you can't post embarrassing shit about important people on a private BBS with a million-plus readers and expect that information to stay "secret".

If genuinely damaging info lies in these docs, feel free to pile the blame on Assange's shoulders - but if Assange never existed, some other self-important Eurotrash hipster would've started a different Wikileaks by now, and the info would be out there anyway. Welcome to the 21st century, State DERPartment. Get a real document retrieval system already.

Sorry, had to rant there...

What does all this have to do with our beloved 'Horns?

Peter Bean's right. At times like this, when firings are expected from the coaching ranks, rumors will fly. As a reader, I have no way to evaluate whether these rumors are true, or just gossip, or the product of politicking and willful misdirection. Whether I see encouraging or discouraging rumors about Greg Davis' fate I'll ultimately believe it only when I hear it announced from Belmont and no sooner. Peter agrees with me on this and has made the editorial decision to not cover coaching change rumors on BON, while making it clear that he doesn't have a serious beef with anyone who does. That's totally cool with me, and it should be cool with you too, because it's his dang blog and not yours.

That being said, the case of the Wikileaks dump shows that even the most worthless rumors can have real news value if the existence of the rumors tells you something important. With proper editorial care I think such rumors can be reported responsibly. Granted, as a reader I'd still have no way of fact-checking the rumor. But if the context of the rumor is as newsworthy as the content, that's good information regardless.

Take Fantake's own Jesus Shuttlesworth. I don't know da Jesus personally and I don't know anything about his sources. But I do believe he's telling the truth about what he's hearing and where he's hearing it from. And by itself, that's news. Because of the mere existence of Jesus' sources, at a minimum I know that there's either (a) some big changes in the offing, along the lines he's reporting or (b) there's some pretty heavy-duty politicking going on internally and leaking onto his blog...or conceivably (c) the young guns on staff are trying to drum up a sense of urgency amongst potential employers elsewhere because their outside options aren't looking very attractive yet. In any case, one thing is clear to me that wouldn't be clear otherwise: that Mack and Greg aren't just sitting pretty and preparing a nice farewell party for Muschamp. Things are either changing for the better, or everything's very much in flux. I prefer either of those options over the status quo. So even if I'm skeptical of the information itself, I can still find the context encouraging.

Plus, it should be said: it's just football. No secret agents in Pakistan will find their cover blown because of anything posted on Recruitocosm or OB or anywhere else on the Longhorn tubes. And while I dig Peter's sense of integrity, I'm also glad there's some diverse attitudes about this. In particular, I'm glad there's a blog around where it's OK to post rumor-tweets from Kirk Bohls as prelude to a ruthless depantsing. I mean, dude has a regular web column called "9 Things and One Crazy Prediction". Seriously. Bohls delenda est.