Share All sharing options for: The New 12-Step Program to Develop Starting Pitching 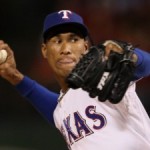 The Texas Rangers have an unparalleled history of abject failure when it comes to developing or attracting -- and then retaining -- top quality starting pitching. For virtually its entire existence, the franchise has been Exhibit A for anyone who wanted to describe the adverse consequences that arise in the game of baseball when you can't fucking get anybody out. The traditional routes -- domestic draft, Latin American scouting, free agency and trades -- have yielded at best very occasional but always fleeting success. The good pitchers who have worn the Ranger uniform usually didn't stay in Arlington very long, particularly when they could be used to acquire a DH or some other obvious cornerstone of all championship teams. 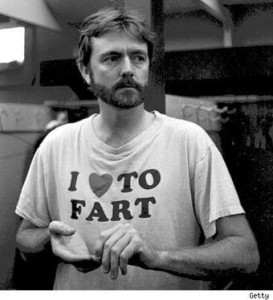 Blyleven's 2.74 ERA as a Ranger in 1976-77 is still a franchise record. Tossed his only no-no in Sept. '77 and was dealt to Pittsburgh after the season in the Al Oliver deal.

But maybe, just maybe, the Rangers are on the verge of outrunning their own history. GM Jon Daniels and his crack development staff have apparently developed and successfully tested a secret 12-step formula for developing starting pitching that is unique in the baseball universe. The product of this effort is Alexi Ogando, who beat the Tigers yesterday to become the first pitcher in the live-ball era (since 1920) to win his first two starts of the season while pitching at least six shutout innings of 2-hit ball or less in each start. His stat line for the season is ridiculous. More on his performance in a moment, but first, let's review the formula discovered by the Rangers. (Obviously, with Texas at 9-1 and leading the league in most pitching metrics, Ogando part of a larger story. The staff outlook is coming in a separate post.)

Step 1: Find yourself a rifle-armed outfielder in another organization that's rumored to be involved in a human trafficking ring.

Step 2: Swipe said outfielder in the AA phase of the Rule 5 draft (pay no attention to the other GM who can't stop laughing on the conference call).

Step 3: Rumors of deportation mean that time is of the essence on this one -- put him on a mound for the first time in his life and see how hard he can throw. If he breaks 97 on the gun, suffice it to say that you haven't wasted the $12,500 you spent for the Rule 5 selection and keep going.

Step 4: Be patient. Hold onto his rights in spite of the negative PR that erupts when the INS discovers that the kid is, in fact, among a group of minor league prospects who all recently married women that had previously been denied visas. When the State Department bans him from re-entering the country for 5 years, treat it as an opportunity.

Step 5: Stash the kid in the Dominican summer league to learn how to pitch. Let him throw in some international tournaments. Allow years to pass while he learns the craft.

Step 6: When it looks like he's really developing some nasty shit, let it leak that he'll never get back into the States, then quietly hire a platoon of immigration lawyers to start working re-entry. If you're paying them less than $850/hour, you're not trying very hard.

Step 7: Contact your former owner, then serving as the President of the United States. Prevail upon his fervent belief in the inalienable rights of life, liberty and pursuit of the electric slider.

Step 8: Hire more lawyers and lobbyists. In spite of the fact that your club is headed for financial ruin, get out your checkbook and make friends on Capitol Hill. Remember to shower at least four times a day while in DC.

Step 9: Visa secured, invite him to spring training and pitch him mostly in minor league games. Tell inquiring bloggers that all the radar guns are being used elsewhere, so you don't know how hard the kid is throwing.

Step 10: Farm him out to AA. Let him make no more than 3 starts and pitch about 15 innings. Promote him to AAA and let him throw another 15 innings or so out of the bullpen.

Step 11: Bring the kid to the Show in the middle of a pennant race and pitch him out of the bullpen. You have to be vigilant here, because you'll spoil the surprise if you're not careful. Limit his regular and post-season innings to reduce his exposure. Apparently, 44.2 innings with a 1.30 ERA and 3.2 scoreless innings in the World Series is just about right.

Step 12: During the ensuing spring training, embark on a highly-publicized "experiment" to turn your all-star closer into a starter. Use carefully orchestrated leaks to create the appearance of dissent in the management ranks to divert attention away from your true plan. Then, when one of your starters pulls a groin at the end of spring training, announce that you're putting the kid in the starting rotation and sending your all-star closer back to the bullpen.

Levity and editorial license aside, that's pretty much how the Rangers got to this point with Ogando. (Richard Durrett has the mainstream account on ESPNDallas, if you want to fuck up the story with facts and shit.) No matter how you look at it, this is one hell of a scouting story, albeit one that I can't tell with a straight face. After decades of malignant skepticism regarding the Rangers player development program, I don't know to react to this and other success stories of the last two or three years.

Obviously, this is only two starts and I should heed my own advice regarding sample size. That said, it's impossible to deny how great Ogando has looked so far. The only thing that kept him from throwing a complete game yesterday was trouble with a blister on his right index finger that developed in his first start -- he'd only thrown 79 pitches when Wash pulled him after the 7th inning. Ogando continued to pound the zone with a 93-95 mph fastball, mixed in a change more than last week and had a killer slider. His catcher, Yorvit Torrealba, said that he also threw a few splitters, but I don't think they're being registered that way on PITCH f/x. The takeaways:

Next up for Ogando: the Yankees at the Stadium in a Sunday night ESPN game.