We're almost halfway through the 2012 college football season. That's a depressing thought but shit gets real in week 7 with Texas vs. OU, Texas Tech vs WVU, TCU at Baylor, and K. State at Iowa State. Kansas has already conceded a loss against Oklahoma State. Rather than give out individual awards, we're going to hand out some premature mid-season awards of footballing virtue and shame, separating wheat from chaff, Ibañezes from A-Rods, Tote Bags from Tiaras. 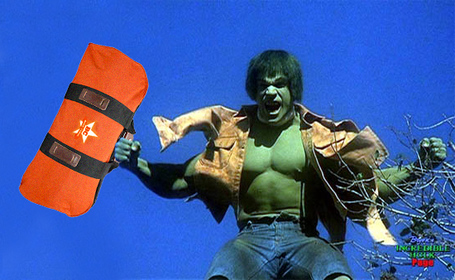 Tavon Austin on 4th down...

Kansas State | 5-0 The Wildcats rank #1 in rushing offense and scoring defense. I'm no Bill Connelly, but that combo usually nets a high winning percentage. They hold the best win of the conference season with the week three victory over the Sooners on the road and until that is trumped, Optimus Klein and the Dark Wizard hold the keys to the Platinum tote bag. S&P+ rank: 34

West Virginia | 5-0 Until somebody outscores West Virginia, Holgo will have his 'neers in contention for hardware. How long it would remain in one piece at that post season party is another question. Baylor and Texas came close in back to back weeks but Geno and his witchy WRs keep getting it done. Texas Tech won't hesitate to take the downfield candy that Bryan Harsin kindly declined and should ring up WVU's secondary like Nobis at the SMU Zeta house after finishing a 6,800 word post. This golden tote full of cash and drugs is for you, Holgo. S&P+ rank: 13

Texas | 4-1 The fanbase is still analyzing the 4th quarter gut punch at the hands of WVU that featured a botched snap, missed field goal and Napoleon run defense in crunch time. We can analyze what went right and wrong but if the team doesn't get perfectly focused and ready to execute a well designed scheme on both sides of the ball, we could be backing into another 55-17 snowballing where the Horns never really had a chance. Thankfully, that won't happen. Lay the points, celebrate a win and please don't drop your nuts on a passed out Sooner in the West End. The reality show of Manny Diaz and his Icy Hot Stuntaz will all seem like a bad drea, as Texas clamps down on OU's running game, forcing Landry Jones to win it in the air with nary a clean pocket. It's good enough for a Sterling tote. The same silver used to make Mack Brown's concho belts. The stars are aligned! S&P+ rank: 10 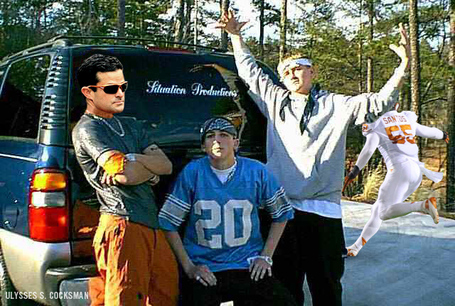 Oklahoma | 4-1 This is usually the week where OU puts it all together, breathing fire down the tunnel of the Cotton Bowl and firing off the line in the first quarter like the '91 Canes, causing full butt pucker on the Texas sideline. With 48 horus until kickoff, your spouse is starting to loathe your presence as you descend into a bipolar state that flips between invinvible confidence and Kardashian schizophrenia. The Sooners have gotten their early season shart out of the way to a well rounded KSU squad that depantsed Stoops brothers Bob and Mike in glorious slow motion precision. OU flexed some muscle last week with a dominant road win in Lubbock against a team known for lifting Sooner skirts. But have they bought all the way into Schmidt's P90X routine, or Mike Stoops' screaming antics? Might we see Uncle Rico make an appearance while getting sandwiched between Jackson Jeffcoat and Alex Okafor? While the strengths and weakness of the 2012 Texas and OU squads differ greatly, they are tightroping the same tenuous path at 4-1 and there's only room for one victor at the other side of this rickety bridge. That team would be squarely back in the driver's seat for conference and BCS accolades. While the other gets it's carcass picked apart in a dry riverbed by the media and its own fanbase. Given both options, I'll take the points and celebrate evening the score against Bob Stoops. Just don't drop your nuts on a Sooner passed out in the West End. He may just wake up and rip off your scrotum. It's happened before... the land thieves deserve an Indium tote, dunked in arsenic. S&P+: 8

Texas Tech | 4-1 - It's a weird year on the high plains, where Tech ranks in the middle of the pack in passing and scoring offense yet still hold the conference and nation's top-ranked defense. Placeholder, imo. Tech has a brutal mid-season schedule that looks 1-4ish to me: OU (L), WVU, @TCU, @Kansas State, Texas. But as long as Art Kaufman keeps fielding a serviceable defense, and Doege keeps throwing shuttlecocks darts, upsets will loom. It all adds up to an elusive, fleeting Mercury Tote. S&P+: 17

Oklahoma State | 2-2 - The pokes could have fallen on either side of the fence here but we'll give them the benefit of the doubt given that their actual talent and upside belies their .500 record. Math and logic have never really aligned together Stillwater, which is also why guys like Dez Bryant can stay eligible. Just the presence of Joseph Randle behind that OL is worthy of a tote on it's own and I still have nightmares of him running through 20 yard chunks of open space before bouncing off or plowing over our DBs. Mack Brown has them too. They keep him up at night and worries him sick. Texas dodged a bullet in Stillwater, then took the same one in the neck against WVU. And so it goes in the Big 12 ... for now, T. Boone will have to invest his Beryllium tote and hope it harvests a more precious metal by season's end. S&P+: 19 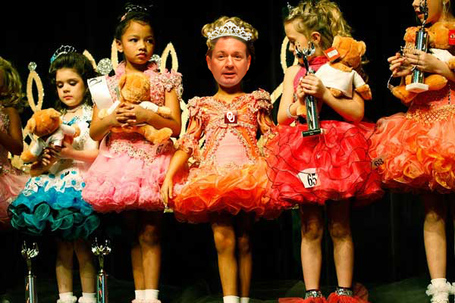 Iowa State | 4-1 - RANKED. That's right, the SighClones are ranked in an American College Football Poll of the top 25 teams in FBS. Never mind that they are #25, and are likely to get Farmageddoned by Kansas State this weekend.

Baylor | 3-1 - When Baylor scored 63 and lost against WVU, they boarded the team plane and flew back home, passing Mt. Relevance just before touching down in Waco. While everyone would love a Terrance Williams, and Art Briles has some admirable coaching and recruiting chops, it's still and always will be .. Baylor. The RG3 days are over, the defense is one of the worst to ever participate in a FBS conference, and they still call Waco home. A win over Texas or Oklahoma gets the Bears back in Tote Bag territory. For now, it's a dime store Tiara and it couldn't look better on anyone that Art Briles. He hates Texas with the best of 'em.

Kansas | 1-4 - Not worth your time or mine. Basketball season starts in a month.

TCU | 4-1 - Still ranked and temporarily relevant. Casey Pachall is trying to save what little draft stock he has left by entering rehab and renewing his connection with Christ. Patterson donated $100K to an alcoholic charity on his behalf. Or a charity for alcoholics. Is there a difference? After a 4-1 start, I predict the Horned Frogs to finish 4-7. The schedule is more daunting than our fiscal cliff. Fort Worth is the cubic zirconium capital of the world, the preferred jewel of the Tiara. Wear it well, Horned Frogs.

With less than 48 hours until the 2012 Red River Rivarly, you should be short of breath, distracted, and irrational. Your bowels should be tightening, liver twitching, and temper flaring. This is normal. Cancel whatever plans you had this weekend and make your way to Dallas. Do not stop until you have a wax beer cup and corny dog in hand. Repeat six times.

May Texas Fight and the Gods be good.