Everything is better and nothing will ever go wrong again as Texas heads back home to face The Iowa State Cyclone Birds. Corn will be discussed. 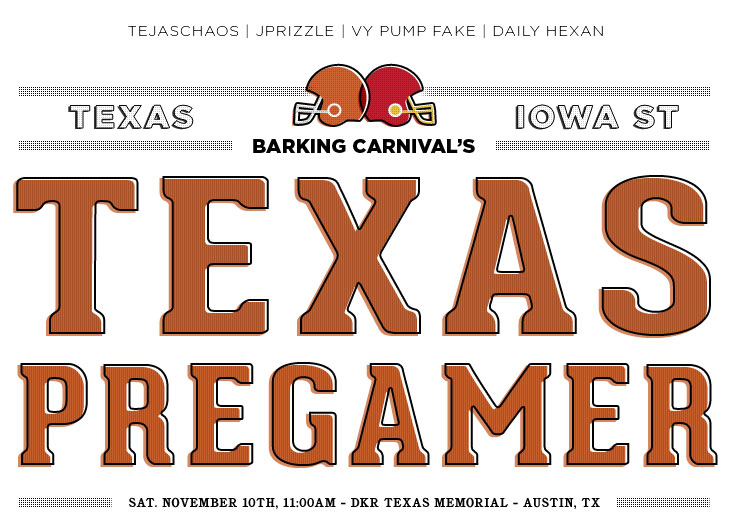 The past few seasons have been confusing for Texas fans. We’re not sure what to expect from week to week, how we got to where we are now, or even what day it is anymore. It makes prognostication a bit of a challenge. And when you’re wrong about something, it can be embarrassing and difficult to admit it. That’s why we’re so proud to have been so right about everything all along.

Remember last week when we said "the right man is leading this team and will forever until the end of time: the unflappable, unstoppable, completely untouchable, and flawlessly faultless Mack Brown?" We do. Sweet, sweet vindication. Orange slices all around.

After the emotional victory, it seems that the University of Texas Longhorns may have finally RISEn. Which, in case you’ve forgotten or lost your commemorative "Texas Longhorn Taco Bell Doritos Locos Tacos RISE Cup, brought to you by Time Warner," stood for RELENTLESS, INTENSITY, SWAGGER, and EMOTION. And now that they’ve officially RISEn, we're told that the team has chosen a new motto: YOLOS. It stands for YEEHAW, OPTIMISM, LONGHORNS, ONWARD, SWAG! Sure, it’s nonsense, but that doesn’t matter when you have this much swag.

Who can stop us now? It’s clear that OU blew their collective wad in October when Mack wisely wore the OU offense out by keeping them on the field all day. Rope-a-doped! Kansas State, the best coached team in college football, is due to start playing sloppy any moment. A loss or four and Texas is right back where it always is - winning every division title ever.

Now it’s time to turn our focus to Iowa State. The Cyclones are feisty, but fear not, like Michael Cera playing an awkward teenager, this Longhorn team is built perfectly for this. Thanks to reduced stunting and a rededication to the basics, Texas once again has a formidable defense. On the other side of the ball, Iowa State’s 113th ranked passing defense will meet a rejuvenated David Ash. See Horns fans? There is definitely nothing to worry about this weekend - there is positively no way they come into DKR, in front of a hundred thousand fans and upset a double-digit favorite Texas team. That would never, ever happen.

Did you know that, much like the Eskimos, Iowans have more than 700 words for "corn?" Corn, Maize, Acapulco Yellow, Yella Kush, Husk-atron, Old Yeller, the Lord’s Cucumber, Panamanian Poppers, Orville’s Sticky Icky, King Cornton, Heartland Heroine, THE LIST GOES ON. These Iowans are addicted to corn. But while in Austin this weekend, they may have trouble getting their fix. So as a friendly gesture, we’ve compiled a list.

The Best places to score corn in Austin, Texas.

Everything is hotter in Texas:

Everything is bigger in Texas:

There are rumors of a "Barb Jantz," which we can only assume is short for BARBED WIRE JANTZ!

Least likely to be roommates:

Most likely to be roommates (and girl-friendless):

Even the most ardent Big 12 fans are going to be hard pressed to name more than 10 Iowa State Cyclones, all-time. Most that you think of will actually be really bad USC players (understandable, same jerseys). Maybe Seneca Wallace, Sage Rosenfels, Todd Blythe...Go ahead. Even try googling. No luck, huh? This year’s team, however, is (superficially) stacked:

Paul Rhoads:
The Rage Ram is stubborn and hard-headed. Rage Ram loves rocky outcroppings and dubstep, and is always lathered up about something or other.

Steele Jantz:
I don’t know, brah, like, I dunno, a bird? A cyclone? Whatever. Brooding Thunderbird sounds pretty sweet, right?

Malcolm Brown:
The Elusive Wolfallo: half wolf, half buffalo. Sounds awesome but we’re not convinced it exists as it’s never been seen in the wild.

Carrington Byndom:
Hidden Bobcat is comfortable in solitude. He wanders alone, but is never lonely. Hidden Bobcat will offer protection, expertise, and the ability to actually tackle. He is the family-friendly cousin of Honey Badger.

Argo – Paul Rhoads is SO PROUD to be an American after seeing this film.

Flight – Like TCU, the hero of this movie was drunk at the wheel.

Wreck It Ralph – Probably meant for Texas Tech fans, they love to Wreck It and end most nights Ralphing.

The Man With The Iron Fists – Keyword is ‘MAN’. Gundy approves.

Seven Psychopaths – Contrary to popular belief, this is not a biopic about the 7 voices in Holgorsen’s head

Cloud Atlas – A time-jumping acid trip, this flick is a hit with Bill Snyder who claims to have weekly conversations with 1998 Bill Snyder. Wizard sorcery or senility? Whatever works

The Perks of Being a Wallflower – This is Baylor’s movie, forever and ever.

Skyfall – Like the rich, storied James Bond franchise, Texas’ most recent teams haven’t lived up to the hype. Both franchises are hoping their newest installment can take them back to the heights reached in 2006. 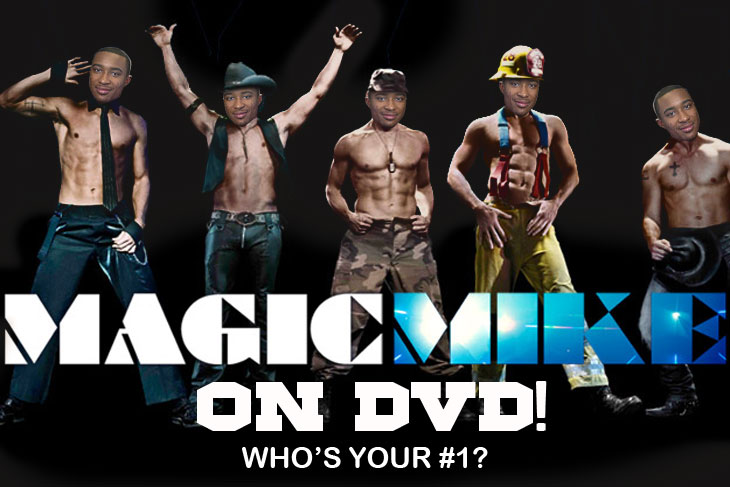