Peter Berg has been out and about promoting his latest film, "Battleship" a summer science fiction flick loosely based on the board game. Berg was being interviewed for Details magazine in his production office when Connie Britton dropped by, and Berg offered that yes indeed there will be a movie based on the TV show "Friday Night Lights" and it will be based on Mike Leach and his messy divorce from Texas Tech. 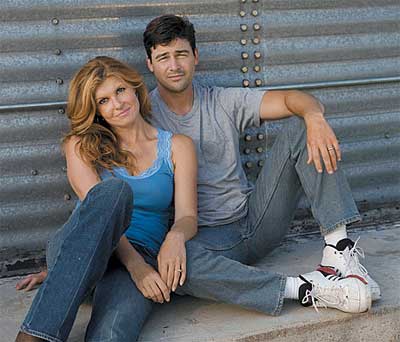 Get your popcorn ready.

The show had a small but fanatical audience, and in the Details interview Berg said he is continually amazed by the pull that the "Friday Night Lights," still has on its fans.

Here's the crazy thing-I've been traveling around the world for Battleship. And Taylor Kitsch [who plays Tim Riggins on FNL] has been traveling around the world for John Carter. I mean, literally around the world. London, Paris, Germany, Spain, Moscow, Tokyo, Korea, Mexico City, Australia. For real. All those places. Everywhere we go we're talking about Battleship and John Carter, but all they want to talk about is the Friday Night Lights movie. Everywhere. Even in f*#%ing Korea! Taylor is like, "It's just f*#%ing ridiculous."

Berg then goes on to talk about how he sees the whole Mike Leach/Adam & Craig James fiasco as a prime example of the mentality he was talking about on the TV show.

I really studied that entire situation-his getting fired and the accusations made against him by Adam James, and the pressure that his father, Craig James, put on Leach, using his ESPN bully pulpit. Craig James is a f@#%ing scumbag, helicopter dad-and everything wrong with the culture I observed in Texas. Mike Leach never put that kid in a closet. The kid admitted it. It was a total lie. Now Mike Leach has the Washington State University job and he's got carte blanche. It's a great comeback story.

Kyle Chandler is back at Coach Eric Taylor, and Connie Britton is back at Tami.

Nominations are now open to see who will play the Craig James character.

I'll open with John C. McGinley -- just the kind of smarmy villain who could do James justice. 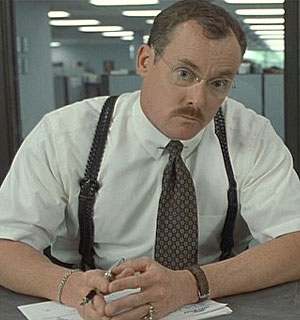 Oh, and Connie Britton is on record as saying they should shoot the film like they did the TV pilot.

I am so there.