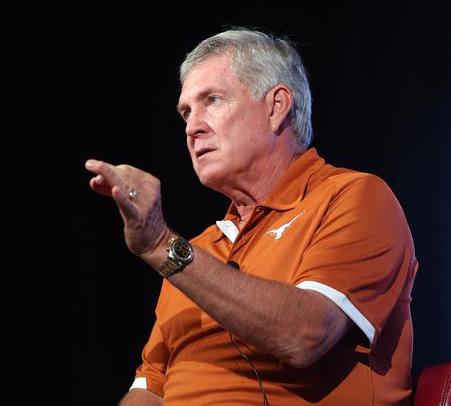 Per multiple sources, Mack has moved on.

Interesting news here. RSJ is undoubtedly one of the biggest names on the state - or national - recruiting scene this year. As many of you know, he was originally committed to Texas and then de-committed shortly after his visit to the 40. Since then, speculAtion hAs been Unduly hot and heavy aS to tHE desires aNd motivAtioNs drivInG his recruitment, from basketbAll to concerNS about Texas' offensive philosophy. There have even been a few questions about WHO is driving his recruitment, as well.

At any rate, RSJ isn't going to be a Longhorn. When you factor in desires both expressed and unexpressed by Ricky and...others, it's pretty tough to surmise where he might end up.

But Ahmad Dixon and Lache Seastrunk might have a guess.