The NFL owners have treated their fans with pure and utter contempt in compromising their product with inept officiating. Time to return serve.

Hey, NFL owners - you got a second? Couple things I'd like to discuss with you real quick-like.

Off the bat, I apologize for coming to you with this directly - normally, the commissioner would be the right guy in the chain of command with whom to converse. Thing is, though, your sport doesn't HAVE a commissioner. It has a meat-puppet lackey, an order-taker, a pure cipher for your wishes who has sprinted away from every opportunity to show something remotely resembling stewardship of the game. He's a petty, strutting magistrate well practiced in translating your poorly-concealed disdain for your players into a cavalcade of fines, but every so awfully suited to reigning in your most idiotic and self-destructive impulses.

Roger, if you're reading this - we're talking over your head here, buddy. Don't bother yourself with a big-boy discussion - I'm sure you've got plenty to do this morning between cashing your checks and checking your voicemails.

OK, owners - you back? Good. Yours is probably the most purely authoritarian model alive in America today. The money flows up, the fines flow down, and you've got the help pretty well trained to keep their socks pulled high and their eyes cast low when they address you. Except in special circumstances, of course. Now to be sure, that has kinda worked for you - somehow it's baked into the NFL's overall appeal that even in slickly-produced HD, the game harkens back to a more familiar America when rules were rules, men were men and you did what you were told because...well, just because. Only one problem - NO authority can long survive in the face of contempt. And as you may be starting to cotton to, when you show contempt for the fans it will be returned to you sevenfold.

Now all of you are rich, and some of you even became rich by something resembling your own merit. But you're certainly getting richer as I type this because owning an NFL team is basically like having God's ATM. It's a shocking river of cash that not even the grossest mismanagement (hi, Mike Brown! Saw you dozing off there - just wanted to give you a shout-out) at the franchise level has ever been able to dry up. All of us NFL fans hand you our money directly for tickets and t-shirts, for foam fingers and fourteen dollar margaritas (Jerry! 'Sup, man) in your eye-popping stadia. But as we all know, those particular revnue streams are more or less two drops in the bucket. The real reason you're sliding pantsless down a pile of gold coins, Scrooge McDuck-style, is because of the league's orgiastic TV contracts. And the reason THOSE exist is because fans have been willing to give you something much more precious than their hard-earned dollars.

We give you our time.

Now few, if any, of us make enough money for you guys to recognize us as advanced primates, let alone peers. Most of us, though, will have at least a little more money next year than we do right now. But none of us will ever have more time on this Earth than we do right now.

And after reading that sentence, we have five seconds less of it.

So you can understand how we'd tend to view our time as precious. And you know what? It's really tough to square the idea of giving a whole lot of the most precious thing you have to someone who doesn't give a sweet goddamn about you. Now nobody should have held the illusion that any of y'all were the types to really CARE about us fans, but you should at minimum show a modicum of respect for what you view as a purely economic transaction between us. The contract is that we give you our time and money, and you provide us with an entertainment that is enacted, produced and OFFICIATED by professionals of the highest caliber.

But you've chosen to wipe your ass with that contract (hope you at least got the last of the gold coins out of there) by entrusting your player's safety and the legitimacy of your product to guys who - while they're trying their best - are in no way competent to accomplish the task set before them.

All so you can keep the authoritarian model humming strong by sticking it to your real referees and spitting on one more element of the NFL machine that's not you. For a savings that will maybe translate into .1% of your annual haul. For money that neither you, nor your kids, nor your grandkids will ever even know was there or come close to spending. For that absurd pittance, you were willing to slap everyone - EVERY SINGLE PERSON - with a connection to or interest in the NFL square in the face. 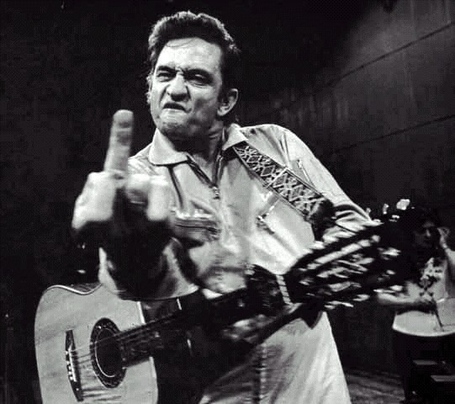 I'm out for Week Four, and until you pull your heads out of your asses and return legitimacy to your business. The Cowboys are playing on Monday night and yes, I'm going to watch that game. A fan's bond with his or her team is something deep and emotional, and it was forged by years and decades of player's spectacle and sacrifice - it has nothing to do with you guys. Your continued, short-sighted and contemptible efforts to tarnish your sport have not - YET - gone so far as to break that connection. But as for the other thirteen games you're putting on this weekend? You can - provided that there aren't still to many coins up there - jam them right up your asses. Sure, I've got fantasy teams playing and 12 units of bets already laid down this week. But I've also got a smartphone. And while I'm at the movies, running with my dog, working out and playing with my niece and nephew, I'll be more than able to keep up with the stats and scores without having to watch the ineptitude that you've decided to countentance or give you one second of time you don't deserve.

We, the fans, hold you in pure and utter contempt. And you'd best hustle up and set things to rights before we remember how many other nice ways there are to spend a Sunday.