Its so hard (so hard). To say goodbye (goodbye). To yesterdays.

Share All sharing options for: The Texas Pregamer: Baylor 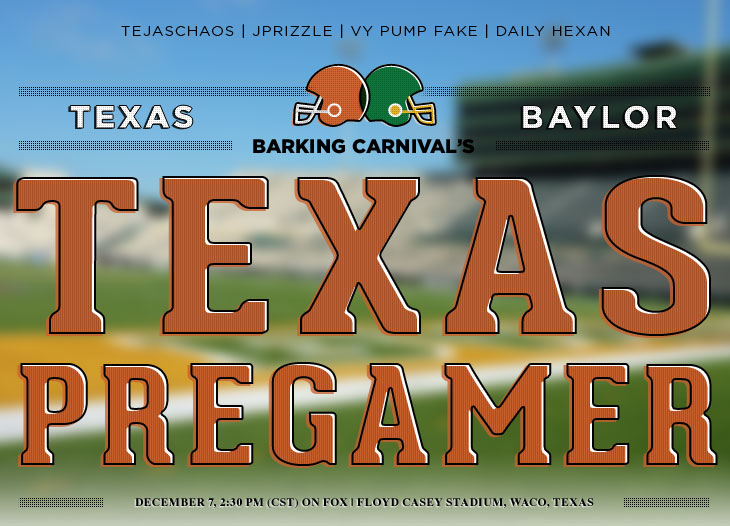 So long and thanks for all the wins:

As yet another regular season begins to wane, we at The Pregamer are left asking ourselves, how does one say goodbye to someone with whom we share so much history? Sure, the last few years haven't been as kind, but the decade before was pretty great right? Yes, he's getting old and is super white, but gosh darn it we loved playing together.

So here's to you, Floyd Casey Stadium. They say they only appreciate you after you're gone, so we'll set the demo charges after this song (free verse of course).

You've been kind to our backup QBs.

In 2005, Matt Norgren fumbled the ball on his way to the endzone, but you knew better and bounced the ball back into his hands in stride. It was his only rushing touchdown, and now he's dating Lindsay Lohan. Thanks Floyd Casey Stadium.

You've been mean to our foes.

In 2004, you beat a #16 Texas A&M team in overtime - a trolling that was 19 years and 10 home losses in the making. That game modernized Battered Aggie Syndrome. Thanks Floyd Casey Stadium.

You've been like a home away from home field for us.

The Longhorns have won a lot of games in Floyd over the years. And what can you say for the Baylor team themselves? How do they say goodbye? I mean, they probably won half the games they played in this stadium. Maybe? Don't know, don't wanna bother looking it up. Thanks for that too.

Fun fact. The nickname for Floyd Casey Stadium? The Case. And If that's not a perfect juxtaposition of our chances Saturday I don't know what to give ya.

So here's to you Floyd Casey Stadium. You played hard to get for years, but the tarp's off and you're shaking your nasty bits--all 3,000 of ‘em--for one final showdown like some sort of Stadiums Gone Wild, Spring Break Edition. Let's make it a fond farewell.

By now, you better know this section. This is where hate, heckle, and taunt the opposing team. "Oh but don't poke a bear," you cowardly suggest. Bears actually seem pretty susceptible to even the gentlest of taunting, so maybe we'll go easy on the Baptist Bears... 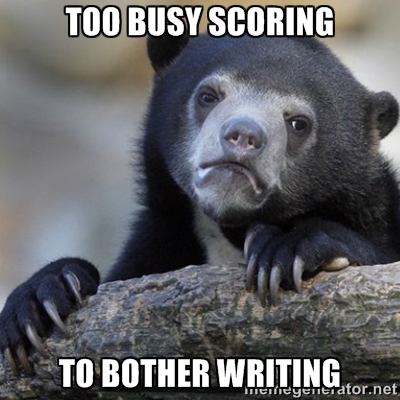 Tejas Chaos: A quick moment to thank the guys who helped me make this article all season, and all the funny guest spots from around the SB universe. Now to continue tradition:

The game starts with Briles powersliding across midfield in the flaming bear car. By the time the fire is put out Baylor is up by 400 Baptist Bucks, and they never look back. You hear that Mack?? Motivation - I brings it.

DailyHexan: As the pragmatic (read: intelligent) one of the bunch, I'll say this: by 2:30 kickoff, we'll already know whether we control our own destiny, and will have atoned with 100 Hail Mary's for rooting for OU [shudders]. And if Mack is one game away from being one game away from "all the Tostitos," ...THEN WE WILL BE ONE WIN AWAY FROM NOT GETTING NICK SABAN, WHO IS AN ABSOLUTE SURE THING TO COME TO TEXAS YOU GUYS. So root, root for the fighting Briles's. Baylor 42, Texas 34.

Somehow, we stand on the brink of an unlikely Big 12 Championship. Who know's what could happen.... 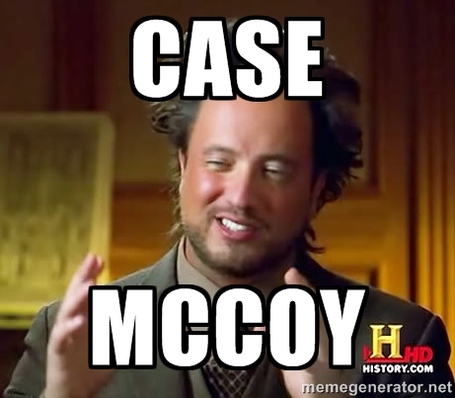