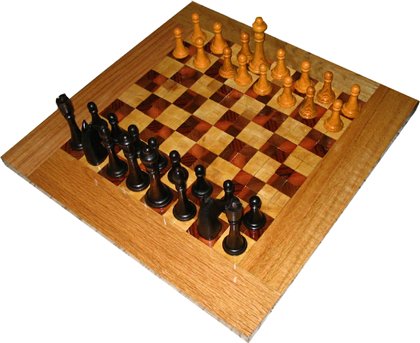 This TrueHoop post perfectly describes our coordinator situation last year. In our case, the scripted opening is the most. apt. metaphor. evar. for Greg Davis and his offense, right down to the 15 or so scripted moves. He has his little sheet, and if his plan doesn't work, he's fucked.It's the subtle difference between wisdom and knowledge. Is Greg Davis brilliant, or does he copy the work of brilliant men? Does he even understand the effects his playcalls have? Does he know how a defense can react and take things away? No, he doesn't.

In Chizik's case, it's not so much a scripted opening, but he uses the same move over and over . . . and it doesn't work. In his case, as Davis', the question "Well, now what?" is answered with "Dance with what brung ya," even though our date gained 200 pounds since we asked her and smells like spoiled beans.

There is a difference between someone who understands the game and operates on a base level of rules, like Urban Meyer, and a smart guy who memorized a bunch of plays, like Davis.

It's why our problems get solved on a macro level after the season, because it takes that long for them to figure stuff out. For example, why did Davis keep throwing deep into the teeth of a Baylor defense playing to take the deep ball away? The announcers told them it was because he wanted to dominate the early going and put Baylor away fast. When it didn't work, did he switch up? No, he kept doing the same thing and nearly ruined two hours of my life watching that pathetic mess of a first half. He made up his mind on Tuesday what they were going to do, and that was that.