Share All sharing options for: Barking Carnival's Kansas Football State of the Union

Kansas Football has been electric of late. Electric. The kind of electricity you get from rubbing flannel pajamas together when you're jumping on a nylon trampoline. Touch a car door? You want no part of that. That's Jayhawk football flannel pajama electricity. Just like NaNa used to make.

Last year was a record breaking one as the Jayhawks averaged 44,000 per game with a high of 51,000+ against KSU. Never mind that these are numbers comparable to a decent 5A state championship game or half of an Alabama spring game. This represents real progress in the dismal football wasteland of the Big 12 North. No longer do herons nest in the end zone, and they've forbidden students from laying on the field to catch sun (during the game). Memorial Stadium, once used primarily for light dinner theater, has become a football venue! A raucous festival of fun worthy of a top flight MAC school. You'd swear that John Riggins and Gale Sayers were lining up in the KU backfield. The fact that the SID department has been advertising the games as "outdoor grass basketball scrimmages in pads" is besides the point. The Jayhawk faithful stayed for the football product and enjoyed it, though they kept booing Jon Cornish for travelling every time he broke a long run. A confused Cornish, wanting to please, twice lost scoring opportunities by shooting fadeaways over the goalpost.

Speaking of Mizzou, they and Kansas share a fierce rivalry. Although Texas has an overabundance of bitter rivals, none of these rivalries were born out of militant abolitionists stealing into a rival territory and murdering, looting, pillaging, raping, and then teabagging the Missourian's favorite butter churn and best pairs of slave chains. The Jayhawks, as they were called, did this because the Missourians were slavers, but I suspect fun played a prominent role as well. In the 1850's, murdering someone was more of a prank, like stealing a mascot. It was how you announced yourself. The Missourians responded in kind and to this day, it's customary for any Kansan crossing over into the Missouri part of Kansas City to be thoroughly gang raped. Some Kansas fans make of a point of driving across, ten, fifteen times a day.

The offense will be led by another lilliputian Texas product: QB Todd Reesing. Undersized Texas system QBs are catnip to Big 12 North coaches and Reesing is the size of a kitten. Mangino actually recruited Reesing utilizing darting movements with yarn. Reesing is listed at 5 foot 10 inches, but he was measured sitting in Chase Daniel's lap while astride his war pony. Reesing can throw the rock and he's mobile, but it's fairly surprising that he beat out Kerry Meier. Not that anyone really cares except Reesing and Meier's parents, and perhaps, their neighbors, the Moschwitzes and Jenkins, with whom young Kerry had a paper route.

The replacement for Jon Cornish will be Jake Sharp, who probably gets laid off of his name alone. His brother is named Lance Daggerblade.

The Kansas OL was decent last year, revealing Mangino's background in this area. They're not very talented, but there's a consistency of effort and they run nice schemes. Both tackles return and center Sasha Kaun, though a bit of a disappointment, showed some improvement in the offseason.

The Kansas WR's are big and physical. Unfortunately, they run as adeptly as a man shaking dogshit off of his shoe while trying to catch a train. These guys are slower than evolution, which only operates outside the borders of Kansas anyway. TE Derek Fine picked a terrible year to be a very good returning TE as he is completely obscured by the studs at Texas, A&M, & Mizzou. It's tough being Jessica Simpson's sister.

The Kansas defensive backfield features a potential early round NFL draft pick in CB Aqib Talib, who had six interceptions last year. Interestingly, the Kansas pass defense gave up 22 TDs and 269 yards per game, ranking them as one of the worst in the NCAA. This suggests that the other returning starters are very late potential NFL draft picks. If Talib is a stud and they gave up those sorts of numbers, it stands to reason that the remaining starters have the mobility of parking meters. I'm shocked they're able to put on their Capri pants without tripping over.

Given this realization, Mangino will start Talib at one CB spot, a trained badger on a Big Wheel at FS, a flock of geese at the other CB spot, and Tang Bachuyie at SS. Tang isn't very fast, but he mixes well and stores easily. Tang is an abbreviation for his full name: Sir Poontang Eddington Bachuyie IV; his father was inspired by the song "A Boy Named Sue." The name did appear to toughen Tang up a bit, so good one there, Pops. Mangino's primary issue in the secondary is in preventing the badger from riding through the geese. He just seems to likes the feeling of scattering them. What's it supposed to do? Not ride a Big Wheel through the geese? It's a badger. C'mon, Mangino. This is folly. You'll never get the badger to respect those geese. Bench the badger and dig a tiger pit. You can give the Big Wheel to Tang.

The KU front 7 is undersized and quick - like Emmanuel Lewis. James McClinton is a small DT stud who operates with better leverage than Gordon Gekko. The OLBs are small whippets and well-suited to the Big 12 passing game, but I question what will happen when a team runs right at them. They'll probably fake non-specific injuries. The MLB anchor is Joe Mortensen, who is a decent player.

I want it reflected on the record that I've written several solid paragraphs without a single Mark Mangino is fat reference. I'm trying to make it a couple more. It's hard. Really freaking tough. I feel like I'm ten minutes away from my house after eating a chili burger and a turtle head just poked out. Please Lord, let me make it. I pray to you sweet Jesus. Oh, I need this one, Man Upstairs. Just drive. Drive, drive, drive. Not paying attention to it. Going to make it. Need to concentrate. Belt feels so tight. Go 'way, turtle! Go 'way! 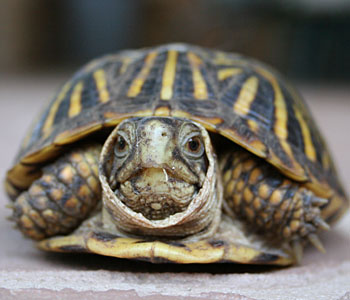 Kansas has learned a great deal from Bill Snyder and their yokel cousins in the world of scheduling. The out of conference slate includes C Michigan, SE Louisiana, Toledo, and FIU. Disgraceful. The fact that they lost to Toledo last year is more tragic than what's happening in Darfur. Their Big 12 slate is favorable as well. This is potentially a very poor team that could go 7-5 and win a spot in the Jerry Lewis Telethon Bowl. They could be 6-0 before the bottom drops out. Mind numbing.

Mark Mangino is 25-34 as a head coach and I think his efforts have been commendable given the talent base he has to work with in Kansas, where, apparently, they play a lot of flag football. Every Jayhawk player of note seems to be from Texas, yet I'd never heard of any of them except for Reesing, and that's only because I Google searched "angry Kansas midget sex" once. Don't ask.

Mark Mangino is said to be a really good guy. I've heard this again and again from people I respect. Mangino is...Mangino is...also..well...fat. Fat! There, I said it. I thought I could make it longer, but I can't. He's a very large person - at least three Sopranos cast members rolled up up into one. Last week, one of his moons hit an assistant coach. He sweats Ragu and urinates stuffing. If you put a piece of popcorn in your hand behind your back, Mangino can always paw the appropriate one. If you were stranded in a blizzard, you could cut him open like a Tonton and lay inside. Children could use his taint as a trampoline. He has a hamster feed tube full of bacon grease hanging over his bed. When he stands on a scale, the weight says "Quebec."

Phew. I feel a lot better. I made it after all. Now if we can just get Mangino to nightstick Dan Hawkins. We're counting on you, Big Boss Man.