This phrase should make perfect sense, right? Some things just belong together. Hall and Oates. The Captain and Tenille. Duran and Duran. They just fit. They go. They blend. Everyone knows you can't have The Captain and Oates, it just wouldn't work. The harmony is all off and now both guys have a mustache, which is creepy. Plus it sounds like a breakfast cereal. A creepy breakfast cereal with two dudes with mustaches on the box will never sell. Now it's just all screwed up. No, no I think we can all agree that some things just belong together, and certainly the phrase Austin Texans is one of them. It's perfect. It just sounds right. So why all the fuss, Austin? What happened to our good nature? Our warm welcoming spirit? Our M-E-T-H-O-D O-F L-O-V-E method of modern love! Where did it all go wrong? 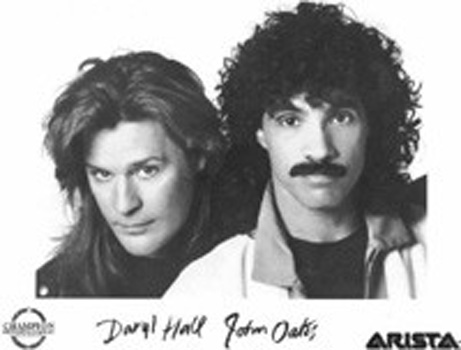 What's with the goatee, Fish?

Of course there is no love lost between the divisional foes themselves, never has been; the very definition of the word apoplexy is what happens to a Texan fan when someone says something nice about Bud Adams. Try it some time, something like "Bud sure has done a lot of wonderful things for the city" or "You know that Bud Adams is a real American" or even something obscurely positive like "I bet Bud's hair smells like rainbows and kittens". If you try this in a crowded sports bar make sure you know CPR, Houston isn't exactly the most heart-healthy city on the planet. Yes, it's only through the intricate vagaries of sports fandom that two nouns so perfectly suited for one another could become so contentious, and that such an unfortunate turn of events could continue to literally tear our fair city apart.

Look outside your window, go on, look out there and witness the anarchy. Those people out their enjoying the warm sunshine and fresh air, paddling their little kayaks on Ladybird Lake, pretending like they don't have a care in the world... they're really hurting inside. For the teams, the Texans and Titans, it's even worse. It's been a heated battle all season, and it isn't cooling off anytime soon. For some teams playing twice a year just isn't enough, oh no. They get pitted against one another every single week. Like Thunderdome, only without the big rubber band strap things and the chainsaws. The prize? Your viewership, Austin. And right now it is so on. A heart wrenching fan fight the rest of the season over which game should be on in the state capital. The local sports affiliate KEYE has landed square in the middle of it by planning to show at least half of the Titans games this season. On a side note, I totally wish I had that job, what could be better than spending about thirty seconds crafting a form reply letter and the rest of the day laughing at the missives of pissed-off entitled football fans?

Dear KEYE,
What are you thinking? I am a Texans fan and what you are doing isn't right! If that many people in Austin really want to see the Titans all they have to do is fly to Nashville or buy a brand new satellite system and a $300 network package, while I have to drive several hours all the way to Vince's hometown to see my team now! This is totally unfair!
Chuck in Hyde Park

Dear Chuck,
I'd like to thank you personally for your warm letter regarding our sports programming package! It's always nice to hear from viewers and get your input, you are a vital part of our family here at KEYE, and we appreciate your support! You'll be happy to know we are planning on airing many Texans games this year, like the one during the Titans bye week for example! Thanks again for your wonderful words of encouragement.
Go Texans!

HELLO KEYE!
I SUPPOSE YOU DO NOT CARE ABOUT TEXAS YES RIGHT THE STATE TEXAS BECAES THAT IS WHERE WE ARE AND WHERE YOU SHOULD BE IF YOU KNEW WHAT WSA RIGHT AND WE LIVE IN THIS STATE! I"M NOT WATCHING YOUR SHOWS EVER NOW SO GOOD LUCK! BOB MCNAIR BROUGHT ARE TEAM BACK THAT"S RIGHT BOB DID! AND NOW WE ARE GOOD AND WE HAVE SCHWAB TOO! BUT BUD IS A TROLL AND VINCE ALLREADY GRADUATED! DID YOU KNOW???!!!!!!
SUCKERS

Dear Fan,
I'd like to thank you personally for your warm letter regarding our sports programming package! It's always nice to hear from viewers and get your input, you are a vital part of our family here at KEYE, and we appreciate your support! You'll be happy to know we are planning on airing many Texans games this year, like the one during the Titans bye week for example! Thanks again for your wonderful words of encouragement.
Go Texans!

If you wanted to spend a minute and personalize it you could point out that technically Vince didn't graduate, but why mess with a formula that works? Of course you would have to fend off some criticism from more erudite quarters, but that wouldn't really be too hard. For one thing, you can pretend like the decision is made by the higher-ups, and blame corporate. For another, no one really understands how television ratings work anyway, there's a lot of room for bluffing and dodging here.

Dear KEYE,
I am saddened that you have chosen not to carry our local team's games in favor of our rivals. The fact that this decision was made solely based on money and ratings may be acceptable to you, but I find it very troubling. Some things should be more important than money. I do not personally watch football, but I talk to many people who do, and will from now on convey my misgivings about the rank capitalism displayed by your station.
John in Tarrytown.

Dear John,
I'd like to thank you personally for your warm letter regarding our sports programming package! It's always nice to hear from viewers and get your input, you are a vital part of our family here at KEYE, and we appreciate your support! Unfortunately we have no control over local programming, those decisions are made nationally, and Bryant Gumbel decided this weeks lineup. I would like to point out that your concerns about money aren't true though. In fact we still show all of Joey Harrington's games in the Pacific Northwest, and we lose quite a bit of money on those. No, our real concern has always been the environment, and with the help of erstwhile supporters like yourself, we can continue to Keep Austin Green.
Go Junipers!

Of course if you're lucky you might even get a letter you can respond to truthfully.

Dear KEYE,
I'm a Titans fan and want to thank you guys for showing the games here. It's been awesome. Keep up the good work and don't get too bent over the Texans fans freaking out, they have it coming.
Chad from SoCo

Dear Chad,
I know, right? It's like, what do they expect? Matt "Schwab"? Hooooo..... they kill me. Of course we tried to avoid all this by publishing a fake map, but that only works for so long and we eventually had to publish the real one. We even considered alternating between each team every series but it doesn't work very well because you still have to watch the Texans that way. We're looking at putting picture-in-picture together so everyone is happy: we're going to show the Titans game but up in the corner we'll have a guy jangling shiny keys together so the Texans fans will watch. We'll see how it goes.
Thanks for the letter bro,
Go Titans!

Whew. That's quite enough work for one day. I'm taking off early, maybe do some kayaking. Swing by Dan's for a bite. If Hall and Oates is Austin does that make Captain and Tenille Houston? I seem to have hopelessly twisted my allegories on this one. I wonder if The Captain is really a captain?