Alright, whose fault is it? The Titans aren't supposed to lose. When I correctly identify the person responsible for this mess, I'm kicking his ass. This whole 11 wins things is going to be impossible for me to pull off with this sort of chicanery going on. That was my take of course immediately following the game, and noticeably Vince's attitude throughout much of his post game press conference. I watched the whole thing half afraid he was going to pull that massive watch off his wrist and wing it at someone's head. In case you missed it I'll paraphrase.

Reporter: Can you talk about what they did to contain you on offense today?
VY: Does Vince Young need to choke a bitch?

Actually that pretty much sums it up. I mean technically the questions changed, but you know.

I can certainly relate, of course I have the advantage of a little time to process things before weighing in, and as we all know, the first rule of blogging is to always let cooler heads prevail. Which brings me to the next point, which is that things sure have changed in Tennessee, for the better in my opinion. There have been some bumps along the way, sure. Toby Keith is still making records for example, but otherwise things are progressing nicely. Recall this once proud fanbase was one yard away from a Superbowl win not that long ago, and I assume much different in demeanor than the one I joined last season, when the chief argument revolved around whether a bag on one's head was acceptable gameday attire. Actually I don't think that issue was ever resolved, though the foolishness of constrictive headgear during the late summer in the deep south prevented me from ever seeing any point in real debate. What exactly does that line of reasoning entail?

"Maybe if enough of us asphyxiate Bud will realize that winning 4 games a year is a bad thing!"

I didn't get it either. 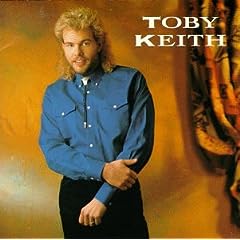 If he wears a bag on his head I'll reconsider.

In any event things have turned around, so much so that the burning question is now whose fault (singular) it is we lost by two points to the defending Super Bowl champions. Now this is a fan base I can relate to. Hell Yeah! As a Longhorn/Red Sox fan that mentality is almost a birthright, even if often unencumbered by facts or reason. Save the lovable loser crap for the Cubs and Lions of the world, 'cause the Tennessee Titans fans are pissed! I'm down. So let's go over the potential candidates:

Jeff Fisher- Nope. He called an excellent game, particularly with his clock management and the use of the challenge. We had a minute and a half left to get in field goal range and win this game- good job Fish.

Norm Chow- Nope. We have the best rushing offense in the league averaging over two hundreds yards a game so far- we can talk red zone efficiency but the overall gameplan works.

Jim Schwartz- Nope. We held the best passing offense in the league to a bunch of field goals- I personally hate the bend don't break defense mindset but it works vs. the Colts everytime.

Bud Adams- Nope. In addition to being a continuous source of irritation to Houston Texans fans, which is awesome, he signed Fish to a long term deal this week. Good on ya, Bud.

Vince Young- Nope. I love it when people equate a personal foul with an automatic 6 point swing, as if all of the thousands of variables that go down on every play will karmically line up and happen for them after our guy screws up. Emotion and probability are not friends.

Brandon Jones- Nope. Ideally he'd drag that last one in, but one play doesn't lose a game. So far this season Jones : 6 rec 63 yards; Wade 6 rec 62 yards; Bennett 3 rec 42 yards. So much for the loss in production.

Peyon Manning- Nope. He played like he always does, efficient and almost mistake free, and we managed to get to him better than most teams do. Guys who usually stay clean don't like being planted, and Odom, Haynesworth and KVB were in his cheerios all game long. Hell Chris Hope apparently thought he was playing Slug-Bug with Reggie Wayne during that post route which allowed Cortland to get the pick, and we got away with it. Can't blame Peyton for this one.

Adam Vinatieri- This was actually my initial choice for scapegoat- it's his fault for not shanking any more of those god-awful kicks into the food court. If that bastard hadn't gotten enough clockwise spin on that one that actually hit the freaking crossbar to pull it over we'd have won.

Then I realized how foolish all this is.

I mean I understand that calling Brandon Jones "Skillet Hands" is probably cathartic, but other than that I didn't see much to get bent out of shape over just yet. It was a great game. In fact the only thing I found to truly complain about after the game, other than the final score, was listening to Gumbel and Dierdorf for three hours. Sweet Jesus. I think I'd rather be trapped on the moon with Pauly Shore. Forever. There's nothing like the continuous chortling of two bloated sycophants to make you regret the current wane in popularity of recreational laudanum. Are you aware that they think Peyton Manning is a good quarterback? Oh yes. Indeed. In fact if you missed it, just have one of your friends repeat that phrase to you 9000 times while hitting you in the face with a whiffle ball bat to recreate the experience. I recommend something stronger than Shiner Bock and a mute button if you try it, like watching it from Amsterdam, maybe. I did put $20 on Gumbel to win the John Madden Massive Facial Swelling Contest they seem to be having this season, so at least I'll have some action on the side to help cope if confronted with this particular form of torture again.

So what did we learn from this game? Oh hell, lots of things. We learned Fish knows how to challenge and manage a clock, that the Colts are a much better defense with Bob Sanders in run support, that our red zone defense and special teams are solid, that we really need some receivers to step up, that Vince is emotional, that Peyton is a good QB but labors under the delusion that he is also a referee... hmmm... actually I don't think I learned a damn thing. At least nothing I didn't already know. You figure these two teams have played each other three times in the last two years with a total margin of victory of 6 points. If you add up the scores from the last 180 minutes they're even. They've have been doggedly slugging it out of late, which is nice, because the Colts are a damn good football team. I do think you can pay attention to a few more more stats after two games, though it's still early. So far I still like what I see.

We're running the ball really well, and moving the chains despite the lack of a legit #1 WR. VY's completion percentage is over 60%. By any measure other than red zone percentage- 1st downs, 3rd down conversions etc. the offense is playing well. If VY throws for another couple of TD's that is going to open up. We're playing good team defense. We've faced one of the best running and passing offensives in the league, respectively, and the defense is sitting at #17 with 326 ypg and 16 ppg. Cortland has looked really good at CB, especially considering the competition last week, and we've actually managed a decent pass rush from the front four. Griffin had a fumble, but overall his return skills are better than I thought they'd be. We even managed to mess with Vinatieri's head on ST, which is hard to do.

For this week I think the most important thing for everyone to realize, in case you've missed the flood of commercials so far, is that VY is playing Reggie Bush on Monday Night Football. Go on. Realize it. There's also some other dudes involved, coaches and players or somesuch, but really it's all just VY vs. Reggie. Of course:

...but don't let that get in the way of The Showdown! The Saints have a lot riding on this one. It's their home opener, they're avoiding 0-3, Peyton told Reggie if they lose he won't let him be in any more commercials... it's big. As such pundits are predicting a career game for Bush, something on the order of 80 total yards from scrimmage. I already can't handle the excitement.