How did Colorado shut down OU's offense?

Share All sharing options for: How did Colorado shut down OU's offense?

I didn't watch the game so I don't know for sure, but I've pieced together some stuff that should shed a bit of light on it.

The smartest thing Colorado did was use a Cover 2 to limit Malcolm Kelly. He didn't have a catch.

"Colorado did a good job of covering him up," OU quarterback Sam Bradford said. "Anytime we have a chance to throw to him one-on-one, we take it, but we didn't get that chance (Saturday)."

Kelly said it was the first time a defense played them that way the whole year. Offensive coordinator Kevin Wilson said they spent the majority of their practice time preparing for a different look, but they didn't do anything to force CU into it. Where have I heard that before?

So how was Colorado able to play 2 deep? By stopping OU's running game with just their front seven. They were physical up front.

"We haven’t seen nobody as physical as Colorado," said tackle Branndon Braxton. "No excuses, but it caught us off guard, seeing a team that just came out and hit us back in the mouth like we’d been hitting other people."

Running back Allen Patrick said they hadn't seen a defense like CU's this year.

"Not up front. They’re strong up front," he said. "Their linebackers run to the ball. And they were taking down our plays."

1. Play cover 2 to limit Malcolm Kelly and the deep pass

Now preventing the big play doesn't mean playing Brandon Foster eight yards off Kelly. That is a recipe for disaster. It means having your corner take away the short stuff and your safety take away the deep routes. It means forcing Bradford to make difficult throws and getting him out of his rhythm.

2. Stop the running game with your front seven

Texas has a strong front four, but our linebackers run to the ball about as well as Stephen Hawking ran from his second wife.

Did I forget to mention that? We probably have some guys that play high, but not that high. 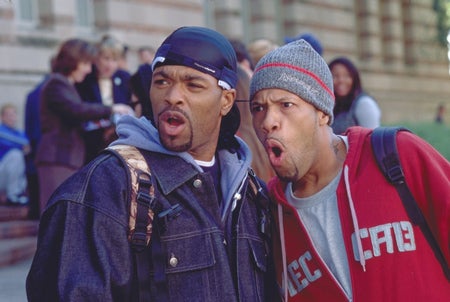