Share All sharing options for: Improved PR for Crack Cocaine

The United States Sentencing Commission voted to reduce the mandatory sentencing guidelines for crack cocaine. Even though crack is the same substance as cocaine, sentences levied for crack were 100 times more stringent than offenses involving powdered cocaine. These laws were conceived back when Ronald Reagan was rapidly devising new ways to get more non violent Americans incarcerated, with the lone exemption of otherwise admirable folks who inadvertently stumbled into savings and loan scandals. The new sentencing guidelines will only take place with the approval of a currently infirm and completely inept Congress.

According to the linked article, four of five defendants for crack charges are black. So, it was either racism or complete ignorance that fueled the disparity in sentencing. Ignorance and racism generally go hand in hand, but when you combine those ingredients with good old-fashioned, American style hysteria and reactionary character, as always, you get laws that don’t make sense. (See .08 blood alcohol content.)

Perception is everything. For instance, smoking a joint on top of a ski lift with your buddy, Joseph Winthorpe IV, is seemingly far less seedy than smoking pot out of a manipulated Milwaukee’s Best can in a sparsely furnished efficiency apartment with a few members of the 1990 Miami Hurricanes. When C. Thomas Howell lit a joint, accompanied by a slow motion music montage in ‘Soul Man,’ it was always way cooler than the time you took rips off a skull-shaped aluminum pipe with two guys named Arturo and Ronnie at a keg party in a cow pasture. Where did Ronnie get that pipe and why was Arturo wearing white jeans and black Reeboks?

I guess the same premise is mentally justified when you consider snorting cocaine off of a glass conference table on a 45th floor corner suite on Wall Street, or out of the cleavage of a high caliber stripper, predictably named Ecstasy or Fantasia, as compared to "sucking the glass dick" next to a burn barrel in Harlem with Pookie from ‘New Jack City.’ The former is so Charlie Sheen, typical "boys will be boys" hijinks, while the latter is just flat out not representative of a standard cosmopolite. 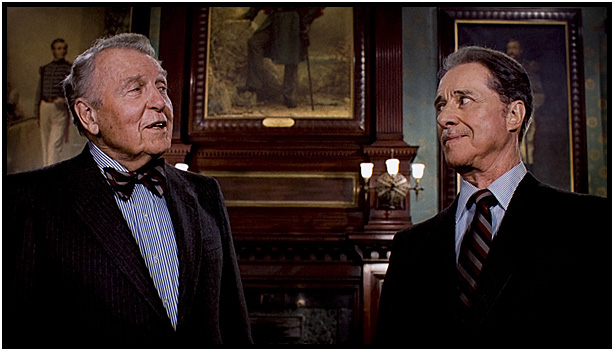 "Of course there's something wrong with him. He's a negro."

As a bored, white suburbanite teenager, I tried cocaine. I didn’t have the endurance to get addicted. My sheltered lifestyle fueled too much guilt and I felt dirty for the next month. Those feelings never stopped me from trying it several other times, but I could never understand how someone could do that more than twice in a single year.

Drug dealers in that era were horrible when it came to swift customer service. You’d dial a guy’s pager and wait about four hours for a response. I always wanted to talk to his supervisor. Wasn’t there a customer service line I could call to complain about the general lack of promptness in delivery? Is it too much to ask for at least an alacritous response, explanation, and an estimated time of arrival? I’m convinced that every drug dealer in the late 80’s and early 90’s is now employed by SBC’s tech support. The jittery guy in the corner, the one who was either pacing or trying to figure out a way to get the thermostat to go lower, was sure that if you paged the rotten bastard one more time and left 911 at the end of the number he’d definitely get back to you sooner.

It didn't take a keen foresight to know that these wretched evenings would inevitably flow downward to everyone scrounging up more money and being disappointed that we could only muster 30 bucks, which was not enough to call the dealer for the third time that night. Your worries were put to rest when the most clairvoyant of the group still had enough faculty to realize that the rolled up twenty dollar bill that everyone shared was still technically considered valid currency. "Wow, fifty bucks! We’re good. You hit the pager while jittery guy plays with the thermostat, and nonstop talking girl searches the floor for white pebbles, and I'll just continue to peak out of the slit in this window shade. Good times."

Usually the entire, sweaty episode ended with at least one guy insisting on penetrating the nonstop talking girl with a flaccid penis while she waited patiently, chewed on her bottom lip and transitionally eased well into the fifth hour of her monologue about how important her friends are to her and how everyone should all hang out more often. He nodded and agreed with everything she said, but was mainly concerned with strategically maneuvering what seemed like a boiled noodle inside of her. "Yeah, we definitely need to spend more time together. You'll be a great actress. Perhaps if I use my forefinger like a splint …" The others, the ones smart enough to equip themselves with whiskey, weed and valium, wound down in more conventional and dignified coke binge fashion.

I never knew any crack heads, but it couldn’t have been any worse than the horror stories I heard about disgraceful classmates that were reduced to pawning their mom’s jewelry and skipping school because it was the best time to yank some power tools from the neighbor’s garage. How did it not raise any eyebrows at the pawn shop when they saw a rheumy-eyed flunky with bad skin and a weed eater in one hand an antique rifle in the other? He was closely followed by his friend who stood confidently at the counter with his dad’s entire collection of Chuck Berry albums, including the ‘Merry Christmas Baby’ special addition that featured ‘Run Rudolph Run.’ That was how the white boys did it.

These were the debonair results that were derivative of cocaine use, in my experience. Thankfully, I’m unable to comprehend the dingy, ghetto shit that came with crack.

Approximately 20,000 inmates, most of them black, will surely be elated to hear that now would be a great time to request lower sentences. No hard feelings, right buddy?

What a shame. How will we ever appropriately apologize to crack?