Grading the Horns...Some thoughts on the Colorado win

Share All sharing options for: Grading the Horns...Some thoughts on the Colorado win

At this point in the season, it's becomes a bit pointless to hash and rehash the positives and negatives of the team. Hell, this team, for lack of a better phrase, is what it is. Or if you're Denny Green, they are who we thought they were. They're thin. They lack inside presence. They have two dynamic players. They're not a good defensive team. They're hell on wheels when they're shooting it well. 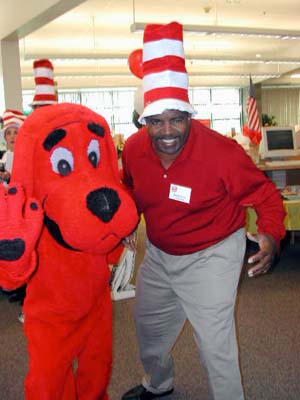 The Horns are who we thought they were.

Oh yeah, and they often play two distinctive brands of basketball from one half to the other, and that was the case Saturday. The first half looked like the typical lackluster effort we saw against TCU and Missouri. The second half thankfully reminded us of how this ballclub can play with anyone in the country when it wants to. On to the grades.

DJ Augustin. B+. Typical DJ type stat sheet with 25 points on 8-16 shooting with 5 dimes and 1 turnover. The guy is as good and steady as any PG in the nation. The only blemish on his report card is free throw shooting, missing a couple huge charity tosses down the stretch which kept the Buffs in the game. A point guard must be nearly automatic from the free throw line in game situations.

Damion James. C-. Foul trouble kept him from really getting started in this game. He's got to be aware that this team cannot compete against even average competition without him on the floor for 30+ minutes. I thought one early foul was ticky-tack but Damion needs to be a bit more careful. When he was in the game, CU really had no answer in terms of athletic ability which was evidenced by his 8 boards in 20 minutes of action. I thought he forced a couple shots but he had two driving moves that have to make the NBA salivate. Great talent who needs to be on the floor at all times.

Connor Atchley. B+. Connor played at a high level most of the night doing what he does best which is shoot the basketball. In an offense where only the truly dynamic talents get shots, Atchley made the most of his shooting opportunities going 6-7 overall and 2-3 from 3's. He needs 10 looks a game from here on out, and we need a couple set plays for him to get him there. Connor's a matchup nightmare for bigs looking to help on Augustin and James' penetration. The one blemish is 5 rebounds. My center needs to get more if he wants an A.

Hey, did you know Paul Silas' kid plays for the Buffs?

AJ Abrams. C+. Talk about a tale of two halves. I thought AJ played one of his worst 20 minutes and one his best 20 minutes in this very game. He forced way too many shots in the first 20, but miraculously settled down and played a very efficient 2nd half to finish with 17 points on 6-19 shooting. AJ needs to be reined in a bit from downtown considering he was 4-14 from 3's on the night. I'd like to see Connor get a couple of those looks since you know Connor's attempts will come in rhythm at the proper time. The only thing keeping AJ from from the dreaded D was his defense and second half offensive spark.

Justin Mason. A-. Justin played his best game of the year in my humble opinion. He grabbed loose balls, he rebounded, he blocked shots, he defended, he did it all but score. That's precisely what Barnes needs out of Mason when the Horns go three guard. He needs to play much bigger than he is, and JM accomplished that Saturday night. He'll need to hit the occasional perimeter look for this team to be top 10 caliber, but I'll take his performance against CU in any remaining game this year and be happy. Did I mention he had four man-sized offensive boards? Great game Justin.

Gary Johnson. D. Are you kidding me? 1 rebound. Look I know GJ only played 10 minutes, but this is the 3rd or 4th game in a row where he's looked tentative and lost out on the basketball floor. Based on the practice and scrimmage scouting reports, Johnson was at the very least supposed to be a great defender and a bruiser on offense with surprisingly good touch. At his point we've just seen flashes of that. Perhaps his condition is making him tentative or perhaps he's not quite in shape. Whatever the case may be, this team needs him to contribute if it wants to make any noise in the tourney.

Wangmene. C. Played solid on defense and had a big offensive rebound, but he has to give the team some kind of offense for him to remain on the floor. I'm not asking for Kevin McHale type moves on the block, just give me a put back and some free throws.

Clint Chapman. B. Considering Johnson's poor play, this kid needs more minutes. He's probably the teams most credible offensive threat from 10 feet in with his back to the basket. He's got solid touch and a competent array of post moves. He's also a legitimate threat to get fouled and, gasp, convert a free throw. I'd like to see him involved in a set that plays off the high screen and roll with DJ and Atchley to take advantage of the helping weakside post defender. I'd run the set or some form of it two or 3 times a game for two reasons: first and foremost to keep the defense honest against our bread and butter play, and secondly to develop some confidence in this young guy. Clint's going to be a good one if we start developing and nurturing his confidence.

Mooney. B. He does what he does. He'll come in, lay some solid screens, grab a loose ball, and defend his heart out.

Pittman. Incomplete. I know he's a defensive liability, but I'd devote/sacrifice 10 minutes of every game playing zone in order to see if the kid can establish something on the interior. I'd tell him not to worry about fouling out. Again, we need something inside.

Coaching. C+. At some poine we'll need to see 40 minutes of effort from the kids. We haven't really seen it since the Michigan State loss. Also, at some point, you need to tweak your offense to fit the skills of your team. A high screen and pop to get Atchley his 7 looks a night and running the occasional set to get interior players some shots in the paint needs to be rethought. I would devote 10 possessions a game with sets, other than the high ball screen, designed to get Atchley and Chapman/Johnson/Pittman looks. DJ, James, and Abrams will get their's and Mason is your garbage guy. Barnes needs to tweak things on the offensive end to get these other kids involved. Confidence only comes with opportunities and looks. Hopefully we'll see that tonight vs. OK State.