Share All sharing options for: The Big 12's Nightmare Draft

The Big 12 had its worse draft ever. Even Mike Reinfeldt and Jeff Fisher think so. It took 36 selections before the second Big 12 player was drafted. This is from a conference with four of Top 10 in the final AP rankings. Pathetic.

Powerhouse programs like Troy, Vanderbilt, Delaware, and Tennessee State had picks before anyone from the Big 12 was selected. God kills a blue hen every time that happens. 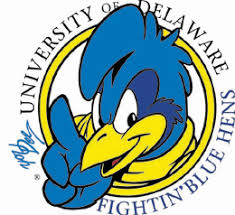 Alabama, on the other hand, had no one drafted for the first time since 1970. Bear Bryant rolled over in his grave and then tipped his houndstooth to Saban.

Mack Brown has now had at least one player selected in 23 straight NFL drafts, including a total of 38 draft picks at Texas.

This is the third straight draft where Texas had five or more players taken.