As BBQ features begin to dominate the writing themes of the offseason, I have another bone to pick regarding a dining experience that doesn't involve an 8 weight animal. I don't get it. I find myself thoroughly pissed off every time my girlfriend and I leave a sushi restaurant. For some unknown reason, the social norm for a sushi experience involves groups of four. Typically, arranged by your significant other and involving her co-worker/college friend/etc., and their significant other. I have no problems enjoying group dinners and thrive on conversation during such a social outing.

I should preface this paragraph by stating that I really like a lot of sushi. A lot, not all. One problem I have is that I despise advocado, which automatically eliminates 80% of the items on a sushi menu. Salmon/tuna, any spicy roll without my green, oval adversary, I'm down for and will mow through in a timeframe that draws comparisons to Kobayashi. However, I have yet to figure out who started the social trend where I have to share my fucking food. Now, if I got to order for everyone at the table, no problems, but we all know this is not feasible. I typically roll my eyes as I see Hunter and Abby pull up to the valet in a Prius complete with Apple and Obama '08 sticker.

I become visibly frustrated as the menu browsing begins and Abby starts making claims on the greatness of the veggie rolls here at Sushi Zooshi. I might even curse under my breath. Hunter confirms Abby's opinion and also adds that this place has the best eel in Dallas. Fuck. Everybody submits their choices, and of course, my order is the only one that resembles that of a Kodiak Brown Bear. Now, if Hunter and Abby were true to their principles, there wouldn't be a problem here. Unfortunately, their orders look like the rations of a Viet Cong insurgent and their only chance of managing a full stomach is to immediately raid my menu choices. At this point, I would really like to bite or snarl at the next homosapien that reaches for my kill. 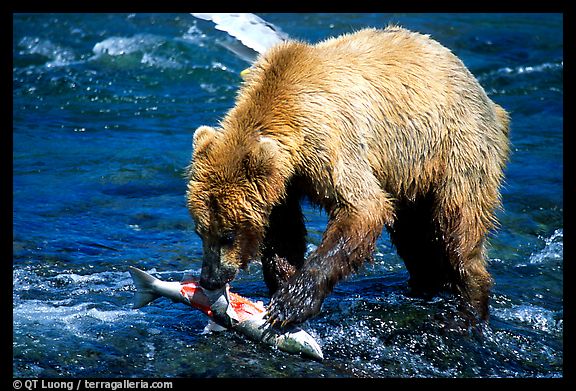 Now, I could probably move on and let it go, if the bill was split proportionately to what you ate, but we all know that's not how it works. Hunter and I split the $160.00 tab as blood rushes to my head, while I glare at a half-eaten veggie roll and an eel with 2 inches missing off his tail. Call it a lack of taste or what have you, but I don't like sharing my food and I don't expect you to share yours. That's why everybody at the table gets their own menu. Two pieces of spicy salmon roll and $80.00 later, I'm sitting in the drive-thru line at Taco Cabana.