Share All sharing options for: Cedric Benson gets arrested. Again.

This time he was arrested in Austin's warehouse district for drunken driving after he was pulled over for a traffic violation. According to Austin police spokeswoman Veneza Aguinaga, whose name you have to be sober to even attempt to pronounce, he refused a breathalyzer and blood test. That's actually pretty smart. 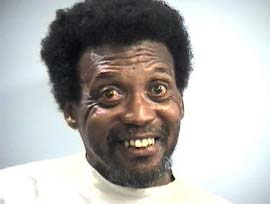 Is there an NFL version of the Fulmer Cup?