jonestopten on rock and roll

Share All sharing options for: jonestopten on rock and roll

The summer doldrums, my favorite time of the sports year. Listless, despondent, stagnant. Flavorful as Coors Light. Left open. In the sun for a couple of hours. The land of regular season baseball, Roger Federer, interchangeable Russian women playing tennis, Tigerless golf and the NBA draft, where my San Antonio Spurs will no doubt take yet another 19-year old wunderkind power forward from the Ukraine, stow him in Prague playing for Slav Jurgoplastikus #6 and later trade his rights for a slow, middle-aged back-up point guard and 250,000 Euros.

I could write a very early Jones Top Ten preview, but it will take me at least another six weeks to read the entire Phil Steele 2008 annual and another couple of weeks after that to intersperse said stolen insights with new and clever quips about Charlie Weis.

Or I could write about rock-and-roll (in a shameless attempt to promote pre-sales for my new book, which you can order here, by the way): 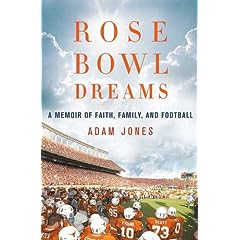 The greatest ten rock-and-roll songs of all time have been floating around my head for a while now. And probably most of yours, given that Generation X was raised on the Book of Lists, David Letterman, USA Today and has turned quoting Coen Brothers movie lines into an art form. "The Dude abides…"

Make no mistake, these are my songs. Nobody’s ten looks quite like this. Rock is a giant wonderland about which we all have very strong and sometimes overbearing and sometimes nonsensical opinions (somewhat like the voters of the Associated Press). Given that, I did follow a few general guidelines to narrow the field.

For starters, no band gets more than one selection. You could argue that Bob Dylan wrote five or six of the ten best songs of all time. You could argue that the Beatles, on their best day, were the greatest band in the history of recorded music or that the Stones performed all ten of the best songs ever recorded and the list should start at eleven. I could even argue that the first ten songs from Exile on Main Street might be the ten you are looking for. But I don’t really believe any of these things. Not only that, but the exercise is so ephemeral, I will have a different ten next month. Or next week. Or this evening after I listen to the radio on my way home from work and remember that, hey, the Scorpions could really deliver.

Moving on, the Grateful Dead is not a rock-and-roll band. Neither is Phish. The Dave Matthews Band is on most days, but I believe rock-and-roll songs have a beginning and ending. Don’t even get me started on Emerson, Lake and Palmer.

If you believe that Eric Clapton’s middle-aged, tasteful eyeglasses, acoustic coffee house version of "Layla" is in any way superior to the Derek and the Dominos original, then please stop reading.

I am biased toward rebellion. Most likely, as is the case with most of us living the USA, this is because I thankfully don’t have enough of it in real life. If we did, our country would have much more pressing problems than four-dollar gas, Nancy Pelosi and bad reality television. Rock-and-roll is, at its essence, about offending someone’s parents. Some of its practitioners through the ages have been particularly adept at it (Little Richard, Iggy Pop, Jane’s Addiction, Red Hot Chili Peppers). Some not so much (Frankie Avalon, Herman’s Hermits, Hootie and the Blowfish). I favor the offensive. So much so that I can’t wait for the day when my 12-year-old introduces me to something that completely makes me cringe (sorry, Zach, Audioslave and the Killers don’t quite do it—you’re probably hiding something, aren’t you?).

While we are talking about bias, I was raised a reasonably well-off white child in the Texas Panhandle. If you were to say to me that no one rocked harder than Public Enemy, I might agree with you given what I know about them. But they were not really part of my cultural experience. I remember the first time I heard "Black Dog" by Led Zeppelin and thought that I would probably start listening to less of the Eagles and the Doobie Brothers. I remember the first time my brother put on a Rolling Stones record, Sticky Fingers, as I recall. I remember being a teenager in Austin Park and listening to a car stereo play Prince’s "Little Red Corvette" knowing that my parents couldn’t possibly approve. I remember watching the video of "Gloria" by an obscure band called U2 and thinking that, for some reason, they might have something. I remember seeing Terence Trent D’Arby at the Austin Opera House and thinking he was the next James Brown. He wasn’t. I remember the first time I heard "Smells Like Teen Spirit" and thinking to myself, "what in the ---- is THAT?" Those are life’s best moments. Here are my ten. The order is inconsequential, except for the song listed first.

All Along the Watchtower The Jimi Hendrix Experience

Take a piece of simple but elegant apocalyptic poetry from the voice of America’s most radical generation and put it in the hands of a volatile and madly creative musical genius. What you get is the best rock song ever recorded. Dylan himself has said he would have done it this way, had he thought of it, which he couldn’t have. Hendrix’s solo is an explosive amalgamation of blues, psychedelia and screaming wails. He could do whatever he wanted with a guitar in his hands. Robert Johnson may have sold his soul to give us all of this and Clapton may be God, but Jimi Hendrix rises above them all. You can still hear him in everyone from Tool to Junior Brown. Now that’s a legacy.

Rocks Off The Rolling Stones

The first song from Exile on Main Street (the best rock album ever, but that’s another article), this is about as raw as the Stones get, which is saying something. The song was recorded in the basement in a huge villa in the south of France that Keith Richards rented to evade, depending on which history you read, either the oppressive taxes of the British Crown or the authorities and family members who found his personal habits somewhat conspicuous. And by "conspicuous" I mean illegal and life-threatening. The production values are almost non-exsistent. I like it that way. The Stones recorded far more epic songs ("Sympathy for the Devil", "Gimme Shelter") and have delivered better guitar-driven standards ("Jumpin’ Jack Flash", "Satisfaction"), but this one just strikes the ear with the desperation and ebullience of a demo from a band trying to land their first deal, as opposed to a studio album from the greatest rock band in the world. "Keeping it real" I believe, is the term du jour.

Over the Hills and Far Away Led Zeppelin

This is a better song than "Stairway to Heaven." There, I said it, sorry to offend. It’s better written, it rocks harder and it clocks at under five minutes long. Oh, and no flutes. If you were looking for exhibit A in the case for Jimmy Page’s influence on rock-and-roll, this would be a good start. The guitar work, both acoustic and electric, is jaw-droppingly spectacular. As an aside, if you want to find Jimmy Page’s influence in today’s rock scene, take a listen to the White Stripe’s "Catch Hell Blues." Jack White sounds like he is channeling the same nasty occult spirits that inhabited Page (allegedly).

Who? Uncle Tupelo wasn’t long for this world, but they were so freaking good that I will even forgive them for inspiring some music critic to come up with the term "Alt Country" (Johnny Cash is weeping somewhere). These guys covered all kinds of genres, but this was their finest traditional rock-and-roll moment: think Steve Earle fronting Creedence instead of John Fogerty. The two creative forces in Uncle Tupelo split; one formed Son Volt, the other, Wilco. Not bad. I’m in the Son Volt camp, but I like Wilco; kind of like I’m in the Rolling Stones camp, but like the Beatles. Son Volt’s "Drown" damn near made the list on its own; "Chickamauga" is just a little more of a historic moment.

Being rock-and-roll’s greatest live performer is a remarkable accomplishment. Writing lyrics like "Show a little faith there’s magic in the night. You ain’t a beauty, but eh, you’re all right" may impress even more. This is my favorite Springsteen song. When I am 90, I will still remember all the words, no doubt driving the nursing home attendants crazy.

Not really much difference between the Clash and every other punk band. Well, other than the fact that the Clash could actually play their instruments. Like the Stones, the Clash could adapt to almost any style and never fail to turn the result into an absolute house-wrecker. This song rages, rebels, recriminates. Rocks.

Spirit of the Radio Rush

Everyone needs a little bombast in their life. In one way, Rush strips the genre to its essentials: guitar, bass, drums--no different than the Clash. On the other hand, no one at Sun Studios in the 1950s ever imagined how delightfully, theatrically, over-the-top rock could be. This song takes grand prize. No matter how much the critics complain, no matter how much you wish Neil Peart would just chill for a minute and not hit something, no matter how many stoner Rush fans seeking deeper meaning in the lyrics annoyed you during your high school years, I defy you to turn this song on in your car and not be immediately compelled to turn it up. And up. And up.

Amarillo, Texas lies right between Albuquerque and Oklahoma City and roughly between Dallas and Denver. A shade under 200,000 live there. That makes it a perfect stop for a Tuesday or Wednesday tweener for every B-rate rock band on the road. Once you reached a certain album sales threshold, Amarillo dropped off your list (to be fair, ZZ Top always remembered us). In any case, Cheap Trick kept coming, even after they were huge. Maybe that’s why they make the list, but I would like to think that it has more to do with the 20,000 screaming Japanese teenagers on the live version of this song, or better that it opens with a line about a mom warning her teenage son about the dangers of VD. Or maybe the kids just know more than we ever give them credit for. We’re all alright, indeed.

I was completely immersed in rock-and-roll from 1979-1994 (this list certainly reflects the bias). This was the last great transcendent moment before I traded it in for fatherhood. Thanks, Kurt. Rest in peace. Today I still listen to the Foo Fighters with my kid. That’s pretty cool, too.

"Johnny’s in the basement, mixing up the medicine..." I started with Dylan, so I will finish with him. Not like the guy didn’t basically invent (re-invent?) modern rock or anything.

The next ten would be:

Won’t Get Fooled Again The Who

The Waiting Tom Petty and the Heartbreakers