MLB Play vs. The Zone Read

Share All sharing options for: MLB Play vs. The Zone Read

I want to get a couple of things out there regarding 40 yard dash times on LBs, specifically MLB. Everyone gets caught up in a guy that runs a 4.6 vs. a guy that runs a 4.8. Most on here would agree that a 4.6 is pretty fast for a MLB at this level. I will agree. Most on here would agree that a 4.8 is pretty slow for that same guy. I’ll argue that it doesn’t really make a shit when it comes to MLB and here’s why. First off, the 4.6 guy is covering a yard .005 seconds faster than the 4.8 guy over a 40 yard distance, so it’s not much considering we’re dealing with 5-10 yard increments here. Steps mean everything at MLB. Two steps in the wrong direction or two steps too far in the right direction means you’ve rendered yourself useless. The only two steps that you can’t fuck up are the first two and they should always be downhill whether run or pass. A 4.6 guy that takes two steps in the wrong direction is worse than a 4.8 guy that never moves. Plus, he’s covered that ground at .005 seconds per yard faster, so he’s going a greater distance in the wrong direction than the slow guy. Essentially, he’s just blocking his own guys. Ideally, you want a 4.6 guy that runs in the right direction, but those are hard to find. It’s the toughest position to play on the defensive side of the ball and nobody plays it perfect every down.

Zach Thomas is the fastest MLB I’ve ever seen play in person. I don’t care what his 40 time is he reads hats and reacts like it’s embedded in his DNA. Some refer to it as "instinct", but that’s a bunch of horse shit. He watches film, practices it, and soon it becomes second nature. "Reading hats" is everything at MLB. All the shitty ones mirror the steps of the guy with the ball. They tend to get sealed off or overrun a lot of plays. The good ones mirror the steps of centers, pulling guards or tackles. The goal is to identify the guy that’s responsible for blocking you as early in the play as possible.

Let’s make some assumptions here for a better example: The offense is in a 4-wide balanced set and running a zone read play to the right side (referred to from here on out as "playside" of the offense), or the left side of the defense (referred to from here on out as "playside" of the defense). The defense (unwisely) is playing a 4-3 with base personnel and the OLBs split out covering slot receivers. I’ll use what we are all familiar with. Both DTs are playing a 3 technique (outside shoulder of the guards). The hats start with the center as peripheral vision is focused on the guards. A good MLB never lets the center cross his face. Obviously, if the center fires off the ball with his right foot first and his hat is facing you, that tells you that the ball is going to your left and you need to beat him to the punch. However, if you make it too easy for him, the center just keeps pushing you out of the play once you cross his face and any decent RB will cut back to the middle of the field behind your overrun. After all, your first responsibility is the "A" gaps (between the center and guard). So, once you cross his face, you have to hold your ground. Good MLBs like Ray Lewis and Zach Thomas perform this so quick it’s tough for the naked eye to pick up on. They explode into the blockers, create separation with their hands, and gain leverage. The next hat to look out for is anyone that crosses your face. Since, we’ll assume the backside guard is pulling to perform a kickout block on the playside DE, this guard reveals his intent when you see his helmet go by. The ball never goes the opposite direction of a pulling lineman unless someone fucked up, or some team is desperate to create deception. Follow this guy horizontally to the "B" gap.

It is also worth mentioning here that having 2 bad motherfuckers at DT in front of you helps out the process tremendously. Since the backside DE is left unblocked and the offense is pulling the backside guard, the most difficult block to make in this scheme is the reach block that the backside OT must execute on the backside DT playing a 3 technique. This is by no means a gimmee block and the biggest weakness of this veer blocking scheme. If well-played, the backside DT should be taking away the "A" gap preventing the cutback. Under this scenario, a MLB gains much confidence in his next decision of moving to the "B" gap. This is where the other bad motherfucker playing to your left in a 3 technique has hopefully tied up a double team. If he has, you should already be standing in the hole with your feet under you and shoulders square to the line of scrimmage ready to knock the next LaDanian Tomlinson into retardation.

If the MLB is whipping the center on a consistent basis, the offense may choose to execute a combo block by releasing the playside OT off the double team on your 3 technique and gain an angle on the MLB for a seal block. As a MLB, it helps to not have a playside DT that is (1) getting blown off the ball by the double team or (B) unable to maintain outside leverage on the playside guard during the combo block. If the playside OT releases on the MLB, all a good 3 technique playing correctly has to do is fall his 300-pound body on a tailback.

I’ll contend that the most effective way to stop the zone read play is with a couple of All Americans at DE, or the closest you can get. Hopefully, your backside DE has not followed the tailback into the hole like a donkey in heat and Brad Smith is not in a light 70 yard jog to the end zone on the backside. He’s stayed at home, kept containment, and forced the give to the tailback going the other direction. Kansas under Bill Young did this better than any team in the conference. Now, there’s one guy we haven’t covered and he could possibly be the most critical piece of the puzzle, the playside DE. While all this is going on, he’s doing one of the following: (A) Standing there wondering why no one is blocking him with a deer in the headlights look on his face as a tailback with the ball barrels straight towards him, all the while anxiously waiting to be earholed by a pulling guard. (B) Being a hero by charging straight to the ball leaving himself vulnerable to a light elbow to the ribs by a pulling guard rendering him useless for the rest of the play. (C) Looking horizontally down the line of scrimmage preparing himself to hit a pulling guard in the mouth while at all costs holding his ground and keeping his outside shoulder free. Hopefully, it’s C. That’s why teams don’t try this shit on guys like Vernon Gholston. Texas should feel pretty good about Brian Orakpo. If all things have been executed correctly by the defense, the trap is set for a MLB to rip the larynx out of his prey. Or in Tech’s case, the offense has added a wrinkle of misdirection and our MLB is careening into the stands the wrong direction at the clip of 4.8 seconds per 40 yards. 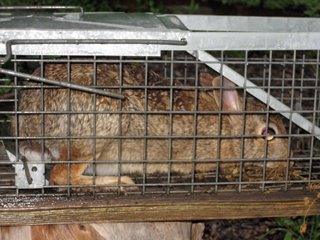 Now, I know someone is going to get on here and start arguing how important the MLBs role has become today in regards to coverage and defending the passing attacks of these spread offenses, but someone else can cover that. Maybe I’m a little traditional in my thinking that a MLBs priority should always be to stop the run first. As Lewis and Thomas age, lucky for football fans, there are two great ones we’ll get to watch for the next 10 years in Patrick Willis and DeMeco Ryans, both evidence of what fast guys can do who run the right direction. 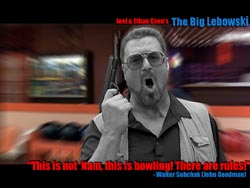