Well, I missed the Texas-Oklahoma State game. Inexcusable, I know. But it is not like I get to properly catch Longhorn football here in Singapore anyway. Between the 3:30 am kickoffs and the queasy aquarium-like viewing experience on my laptop’s Slingbox, I find myself practically mainlining both caffeine and Dramamine in Mad Dog-sized doses. To detox a little, and to take advantage of both a long holiday weekend here and some soon-to-expire frequent flyer miles, I abruptly grabbed a plane bound for Nepal’s capital city of Kathmandu.

Yeah, I have done a few night moves in Kathmandu.

The approach from the south into the Kathmandu airport is a pleasant experience. The verdant rolling terrain is dotted with picturesque villages and flowing streams. Like Tuscany with rice terraces. Or the Shenandoah Valley with a Hindu/Buddhist flavor. The mellow mood evaporated a bit as the buildings in the Kathmandu valley came into view. I was going to be landing in a densely-congested, faded maize-colored bowl under a vivid blue sky. Reminiscent of Michigan football, actually.

The last mellow sensation was completely jolted away when my taxi wildly careened into the Kathmandu traffic. Holy Vishnu! I was on about the third street – one with concrete barricade dividers in the center - before I figured out which side of the road the drivers are supposed to use (it is the left). I noted that the streets don’t have names, much less speed limits. Like a tennis player steadying his nerves and gaining focus by adjusting the strings on his racket, I occasionally collected myself by readjusting the outside mirror on my side of the taxi after each brush with passerbys. passersby. pedestrians. Breakaway rims in basketball; breakaway side view mirrors in Nepal.

Oh, and the water buffaloes. Kathmandu is the first place I have been where hubristic water buffaloes will plop down in the middle of a bustling street, put out a "Do Not Disturb" sign, and give a baleful yawn to the challenging traffic. I found the waterbuffaloes lumbering into the roadways in places like Vietnam and Cambodia to be far more altruistic.

What is the primary assault on your senses in Kathmandu? Well, as the old saying goes, it’s a bit like asking the guy who backed into a buzz saw which blade hit him first. The acrid blend of incense, carbon monoxide, and odor from the hordes of people unfettered with any Dial or Right Guard obligations pummels the nose. In between clouds of road dust, the vivid hues of the women’s saris, garland necklaces and fine powders for sale at the street stalls grab the eyes. The cacophony of motorcycles, coughing buses, klaxon horns, and touts (as annoying as any uh, er barking carnival) offends the ears.

I was happy to check into my hotel, quaintly named "Yak and Yeti". Truly an inviting oasis with an ideal location near the center of town. It is claimed that many of the early Mt. Everest expeditions used the hotel grounds as a staging area for their climbing gear. I found the hotel to be a venerable old dame with a glorious history. Although perhaps now getting threadbare and badly in need of upgrades here and there. Reminiscent of Michigan football, actually. 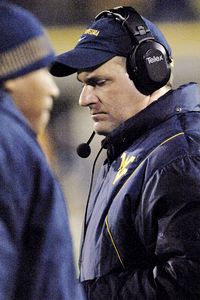 A yak at a skill position might be an upgrade.

I took the opportunity to quickly arrange a day of trekking in the Himalayan foothills. The guide who picked me up early in the morning was an elderly former soldier of the Gurkha Rifles. He introduced himself as "Gunga". "You are a better man than I am, Gunga Din" I quipped with a wry smile as we shook hands. But his quizzical response told me that future Rudyard Kiplingesque exchanges between us should be limited. Dressed in Vibram soles, lightweight hiking pants, and shirt layers, I was ready for a rugged adventure in the shadow of the world’s most awesome mountain range. Gunga wore a collared dress shirt and patent leather shoes. For him it was like stepping out the front door to get the newspaper.

Our trek started from the stately Changu Narayan temple, atop a scenic hill northeast of Kathmandu, and took us into the picturesque village of Nagarkot. There, from the veranda of a tea house, Gunga told me of serving with the Gurkhas during the uprising in the Brunei in the early 1960’s. With an AK-47, he was charged with fending off natives with their poison-tipped blow darts. He also regaled me with tales of the Gurkhas intimidating the Argentinean army by parading in their shirtsleeves in the frigid winds during the Falklands war. True stories or embellished myths? Don’t know. Don’t really care, actually. Gazing at the soaring Himalayas while drinking a steaming mug of Nepali tea and listening raptly to an old soldier’s tales was a terrific way to close the day.

I regret there was not enough time on the visit, not to mention proper preparation, for an office-bound, sea level type like myself to really experience the Himalayas. However, I was able hop a small plane to get up and take some close up pictures of the top of Mt. Everest. It was a powerful and breathtaking sight there at the top of the world. Some mountaineers claim that the appeal of ascending Everest has faded. With enough money, an average Joe can now follow the paths established by others and have a shot to stake his claim on the pinnacle where previous luminaries have failed. They say there are other more challenging summits to reach now. Reminiscent of Michigan football, actually.

I had just enough time in Kathmandu to explore the ancient town squares and to pick up some interesting and absurdly cheap handmade souvenirs. I also paid a visit to the sacred Hindu temple of Pashupatinath on the banks of the sluggish Bagmati River - apparently, a tributary of the sacred Ganges River in India. There, a dead body was lying in the open on the river bank. A wailing family awaited the cremation of the deceased with the ashes then to be scattered in the water. In a nearby doorway, a shaggy holy man, sitting in a lotus position and completely coated in the gray ashes of previous cremations, waited to dispense wisdom to the faithful. Nothing I will ever see on Halloween will be more eerie than the sights at Pashupatinath.
Overall, it was a sensational trip that ended far too quickly. If you ever have the chance to get to Nepal at some point, by all means do it. It will be an experience emblazoned forever in your mind. Just beware of the bacterial hazards in the food and drink. Bring Cipro. If you have an exceptionally strong stomach, just Immodium will do.

As great as the trip was, I didn’t find the elusive Shangri-La in Nepal. Shangri-La. That mystical utopia. Perpetual happiness and perfection in a land of immortality. Well, that would be reminiscent of Texas football, actually.

James Hilton wrote about this.