Share All sharing options for: NFL Can’t Afford to Play by Baseball’s Rules 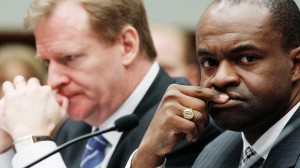 Earlier this week, Scip opined here that Monday's decision from a federal appeals court effectively restoring the NFL lockout is a good thing -- at least if you want to see pro football this fall. I agreed with him (still do), and posted a comment suggesting that victory by the players would leave the league with a baseball-esque labor situation, which you don't want if you're an NFL fan. My comment was an ill-considered hip shot insofar as it reflected a casual indulgence in conventional wisdom. Here's what I should have said:

My opinion is indeed heavily influenced by what's transpired in baseball over the last 45 years. That said, considering the potential outcomes of this kerfuffle solely from the stanpoint of labor relations misses the point. We know what the NFLPA will do: DeMaurice Smith will continue to follow the Marvin Miller playbook. The point is how the owners will react and adapt. After all, they're still the guys holding all the money. The problem is that some are holding more than others, and that's what this entire mess is all about.

The owners opted out of the CBA and declared war on the players because, at least in the short run, it was a a lot cheaper than declaring war on each other. As a group, they appear to be united. In reality, they're a confederation of factions bound by an increasingly uneasy detente. This is America for crissakes, which means that there are haves and have nots even amongst billionaires, and they're both perpetually pissed off at each other. Theoretically, at least, a victory in the antitrust litigation would allow the NFLPA to drive wedges into the ownership front and exploit the gaps for the economic benefit of its members. At the same time, winning the lawsuit could also tear the league asunder--this is why going to trial is often referred to as the player's nuclear option (much in the same way that the owners' threat to cancel the season is the NFL's dirty bomb).

Smith, of course, knows this. He probably doesn't want to try this case any more than the NFL does. Up to this point, the litigation--including the intermediate skirmishes over Judge Nelson's injunction and the owners' ability to use the TV money as a war chest--is all about getting leverage to use at the bargaining table. If the owners are holding the best hand come July, Smith is going to have a hard time holding the players together. Look for an agreement by August. The season won't really be jeopardized unless the players end up with the leverage. If that happens, then the whole thing will come down to an intramural scrum between ownership factions. I don't think we appreciate what a bloodletting that would be. If the owners can't agree on how and where to give, then football fans better start whistling "Take Me Out to the Ballgame."

The post-merger NFL has been successful in large part because it's an egalitarian cartel. It's designed to be a national business with stable sources of revenue (over 80% comes from the TV deals) shared relatively equally among the franchises, which also benefit from capped labor costs. The owners also agreed to a revenue sharing arrangement under which higher-grossing teams (like Dallas) put some money back into the kitty for redistribution to the smaller market clubs (like Minnesota).

Of course, the bitch of the deal was defining what sources of revenue were eligible for the redistribution formula. Over the last several years, some franchises -- Dallas, Washington and New England, for example -- have found numerous ways to generate additional revenue that (according to them, anyway) falls outside the sharing formula. This led to the kind of significant financial disparity between teams that historically hadn't existed. The biggest new revenue generators are obviously stadiums like the Death Star. As you might imagine, this breed of aggressive owner gets more than a little chafed at the notion of sharing money with the likes of Jacksonville and Buffalo. I'm cutting through a lot of the details here, but suffice it to say that this family feud has been brewing for at least a decade or more.

To resolve this situation, the owners could either come to an agreement themselves, or just get the players to take less of a share. And therein lies the rub. The owners effectively made the players a party to the revenue sharing deal in exchange for the salary cap in the 1993 CBA. Uh-oh.

This is where football can learn a thing or two from baseball, which operates more or less on an antithetical business model. Baseball is an association of regional businesses that operate according to more of a Darwininan set of free market principles -- albeit with the aid of a still-formidable antitrust exemption that the NFL (as the owners are painfully aware) does not enjoy. MLB clubs do not rely on "league deals" to generate most of their revenue, a fair chunk of which comes from local TV rights packages and so on. This is why the Yankees have a gazillion dollars and the Pirates don't. Baseball also famously has no salary cap (some argue that the luxury tax is a soft cap, but it doesn't work that way).

Now, the conventional wisdom is that baseball is, well, seriously fucked up. The union is too powerful. The Yankees and the Red Sox dominate everything. The entire fan base is on Medicaid. Chemicals destroyed the inegrity of the record book, and on and on.

In truth, however, baseball has had labor peace for 17 years, and a new CBA will probably get done later this year with little fanfare. More clubs have won the World Series in that time frame than NFL teams have won the Super Bowl since the advent of the salary cap. Granted, the big market teams like the Yankees have more margin for error than the Kansas Citys and Oaklands of the world, but hell, even Tampa Bay has been to the Series of late. MLB also finally has a revenue sharing system that sort of works (it needs some serious refinement), but at least some measure of competitive balance in the game is now possible. 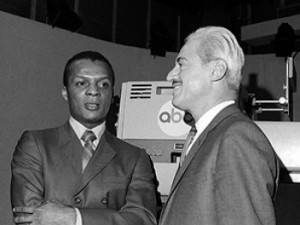 But it's also true that it took MLB and the MLBPA the better part of the last 45 years to figure out how to coexist peacefully and profitably. Along the way, they almost bankrupted the game and seriously damaged its marketability while they were being lapped by the NFL. What baseball has right now actually works for baseball, but would it work for pro football? Better yet, who in their right mind wants to try it and see?

If the current NFL business model comes apart in the wake of the antitrust case, can you imagine the absolute chaos that would ensue once some owners have the opportunity to not only spend freely, but more importantly are unshackled by a strict revenue sharing system?

How long would it be before guys like Jerry and Dan Snyder have their own TV deals? Think the St. Louis Rams or Detroit Lions will be keen on offering a bunch of guaranteed contracts to compete with the deals being offered to free agents by the Giants and Jets? How long would it take for owners in Green Bay, New Orleans, Buffalo, Minnesota, Oakland and elsewhere to claim that their franchises are financially unsustainable, and then try to actually do something about it? The most exciting thing in the NFL will be the league-wide Cannonball Run for Los Angeles featuring no fewer than a dozen teams.

Finally, I offer this disclaimer: personally, I really don't favor one side over the other, although it's more fun to write about chaos. Also, in the interest of full disclosure, I would dearly love to run over Jerry Jones in a glass-bottom car.