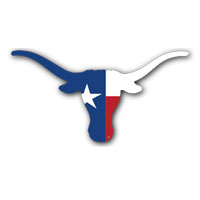 In the years to come, we would do well to remember what it sounded like -- this calamitous full-throated roar of rebellion by the Agrarian Brotherhood of Brazos County that was loud enough to tear asunder more than a century's worth of history. The dear old Aggies, butt of the longest-running series of jokes ever recorded in the King's English, have finally had enough. Come Monday afternoon, those broad, grain-fed shoulders (his and hers) will carry the chip borne of a stepchild's share of the estate no more. To us they'll say: "go to hell." To them we'll say: "Godspeed, old friend, and thank you."

Yes, thank you. For Texas A&M will have delivered unto the University of Texas the single thing it could not attain entirely on its own: the unfettered freedom to exploit the marketplace solely for the benefit of its own self-interest. This, of course, is all that UT has ever really wanted. The only impediment to its realization was the familial obligations and big-brother responsibilities imposed by the realities of politics. Texas couldn't lay scalpel to that cord. But if A&M were to do so, then well, I guess we'll help them pack. We cannot in good conscience stand between a starving neighbor and the pursuit of his manna from heaven. If there were ever two communities more destined for a loving embrace than College Station and Starkville, Mississippi, then I surely don't know who they are.

One way or another, the pursuit of this end has been the driving force of the DeLoss Dodds administration since the University of Arkansas deep-fried its own pork bellies in Dixie Death Dive I (the sequel being slated for release next week). When viewed through this lens, nearly every strategic and tactical step taken (including some not taken) by Belmont over the last several years -- and the last 12-18 months in particular -- comes into much sharper focus. UT has been preparing for this day for a long time, and it's more than ready.

This is the first in a series of posts in the coming days -- assuming that A&M continues to enforce the moratorium on reason that's necessary to facilitate a Mack Brown for Nick Saban trade -- in which we'll explore the opportunities of the post-Aggie world, as revealed through a better understanding of the events that propelled Texas to its present position. This includes a thorough analysis of the ESPN/UT contract, which we have reviewed in its entirety. More than any other source of information, the ESPN contract is a window that reveals the extent to which Texas is considering options beyond the Big XII. Moreover, UT is now arguably not only prepared to exploit other opportunities that may present themselves, but now has the power to create them.

Public statements regarding the University's intent should be taken for what they are: utilization of the media for message control, alumni expectation management, and above all else, the give-and-take of negotiation and pursuit of leverage. Save and except a move to the SEC, everything is on the table and everything is negotiable. If you're compelled to wager, there are three bets to consider. By necessity, the first is an expanded Big XII. Although the familial bonds with A&M have been severed, the University is too smart to abruptly abandon any effort to ensure survival of the conference. Yes, Lubbock, we hear you. But as you hear potential candidates being tossed about, remember that regent-level politics and academic concerns are heavy considerations. Don't think like a fan. Try to think like a regent. (For example, applying those protocols, the lunacy of a University of Houston candidacy becomes clear.) To be sure, Texas is in the best possible position to exploit the opportunities of a league it can essentially dictate -- and OU is likely to continue to be a willing partner.

Larry Scott's protestations to the contrary, a move to the PAC-12 might be a safer wager still. The Longhorn Network isn't necessarily the impediment to that option that it's portrayed to be. And finally, make no mistake about this: football independence is not only a very real possibility, it might ultimately be the most lucrative one.