Muschamp: I watched the Entire Strikes Back

Share All sharing options for: Muschamp: I watched the Entire Strikes Back

A reporter in Gainesville made the mistake of dropping a Star Wars reference on Will Muschamp during a media session yesterday.

Classic folksy Muschamp playing the dumb guy from Georgia while simultaneously plotting a zone blitz from the planet Sith that blitzes six while leaving everyone covered. Don't buy the comedy act ... he's loose for about eight seconds before defaulting back to "I'm here to win games for the University of Florida."

If he only knew about the wookiepedia, moderated by LonghornScott.

Things have been going pretty well so far in year 1 for the Jedi Combover in Gainesville but Bama is a whole nutha breed of The Dark Side.

Could an upset be brewing in Gainesville? Only the Ewoks know. 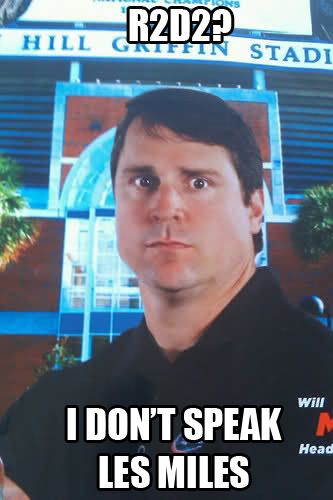 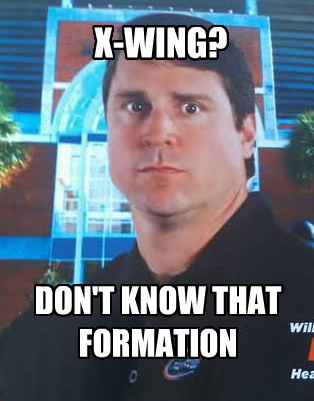